Testing of several of the umbilical lines that will attach to NASA’s Space Launch System (SLS) rocket from the tower on the mobile launcher continues at the Launch Equipment Test Facility (LETF) at Kennedy Space Center in Florida.

The Core Stage Inter-tank Umbilical (CSITU) arrived at the LETF and was attached to the “C” tower of the Vehicle Motion Simulator 2 test fixture. Engineers with the Ground Systems Development and Operations Program and the Engineering Directorate will prepare the umbilical for a series of tests to confirm it is functioning properly and ready to support the SLS rocket for launch.

The tests will begin in January 2017 and are scheduled to be completed by the end of February. Testing will include hydraulic system controller tuning, umbilical plate mate and leak checks, primary and secondary disconnect testing at ambient temperatures, and fire suppression system functional checks. Also, a series of primary and secondary disconnect testing at liquid nitrogen and liquid hydrogen temperatures, minus 321 and minus 421 degrees Fahrenheit, respectively, will be performed.

The CSITU is a swing arm umbilical that will connect to the SLS core stage inter-tank. The umbilical’s main function is to vent gaseous hydrogen from the core stage. The arm also provides conditioned air, pressurized gases, and power and data connection to the core stage.

The Orion spacecraft is scheduled to launch in late 2018 atop the SLS rocket on a three-week mission that will take it thousands of miles beyond the moon and back during Exploration Mission 1. 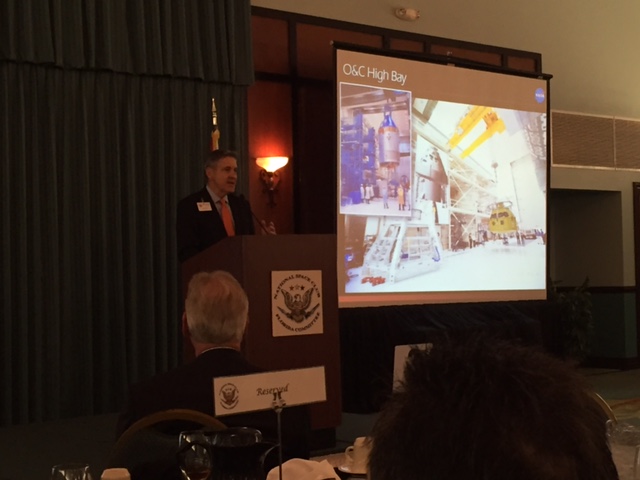 The Orion crew module pressure vessel for NASA’s Exploration Mission-1 (EM-1) has been secured in an upgraded version of a test stand called the birdcage in the high bay inside the Neil Armstrong Operations and Checkout (O&C) Building at the agency’s Kennedy Space Center in Florida.

The pressure vessel is the underlying structure of the Orion crew module. It arrived at Kennedy on Feb. 1 aboard NASA’s Super Guppy aircraft at the Shuttle Landing Facility operated by Space Florida at Kennedy. It was offloaded and transported to the O&C.

In the high bay, NASA and Orion manufacturer Lockheed Martin will prepare the vehicle for its mission. Over the next 18 months, more than 100,000 components will arrive at Kennedy and be integrated with the spacecraft by the team. It will be outfitted with its systems and subsystems necessary for flight, including its heat-shielding thermal protection system.

The Orion spacecraft will launch aboard NASA’s Space Launch System rocket on EM-1, a test flight that will take it thousands of miles beyond the moon over the course of about a three-week mission.

The Orion crew module pressure vessel for NASA’s Exploration Mission-1 (EM-1) arrived today at the Shuttle Landing Facility operated by Space Florida at NASA’s Kennedy Space Center in Florida. Arrival of the module marks an important milestone toward the agency’s journey to Mars.

The crew module arrived aboard the agency’s Super Guppy aircraft from NASA’s Michoud Assembly Facility in New Orleans. Welding work on the pressure vessel, which is the underlying structure of the crew module, was completed at Michoud.

The crew module was offloaded from the Super Guppy and readied for transport to the Neil Armstrong Operations and Checkout Building high bay for processing. In the high bay, NASA and Orion manufacturer Lockheed Martin will outfit the crew module with its systems and subsystems necessary for flight, including its heat-shielding thermal protection system.

NASA’s Space Launch System rocket will be the largest rocket ever built. It will carry the Orion spacecraft on EM-1, a test flight scheduled for 2018. During EM-1, Orion will travel thousands of miles beyond the moon over the course of a three-week mission. 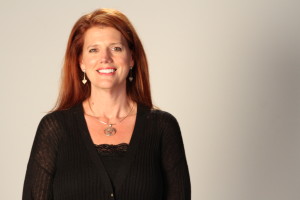 Charlie Blackwell-Thompson will be the first woman to oversee a NASA liftoff and launch team when the EM-1 mission launches in 2018 to send an uncrewed Orion spacecraft around the moon on the strength of the Space Launch System rocket. Read Blackwell-Thompson’s perspective on the work already under way to prep the launch team for the historic day at http://go.nasa.gov/1Txf5p9