The Orion spacecraft for the Artemis I mission recently completed fueling and servicing checks while inside the Multi-Payload Processing Facility at NASA’s Kennedy Space Center in Florida. The capsule has now made it to its next stop on the path to the pad – the spaceport’s Launch Abort System Facility.

Crowning the spacecraft with its aerodynamic shape, the launch abort system is designed to pull crew away to safety from the Space Launch System (SLS) rocket in the event of an emergency during launch. This capability was successfully tested during the Orion Pad Abort and Ascent Abort-2 tests and approved for use during crewed missions.

Teams with Exploration Ground Systems and contractor Jacobs will work to add parts of the launch abort system onto the spacecraft. Technicians will install four panels that make up the fairing assembly and protect the spacecraft from heat, air, and acoustic environments during launch and ascent. A launch tower will top the fairing assembly to house the pyrotechnics and a jettison motor. The system will also be outfitted with instruments to record key flight data for later study.

With successful demonstration of the system during previous tests, the abort motor that pulls the spacecraft away from the rocket and attitude control motor that steers the spacecraft for a splashdown during an abort will not be functional for the uncrewed Artemis I mission. The jettison motor will be equipped to separate the system from Orion in flight once it is no longer needed, making Orion thousands of pounds lighter for the journey to the Moon.

Once the system’s integration is complete, teams will transport the spacecraft to the center’s Vehicle Assembly Building. There, it will join the already stacked flight hardware and be raised into position atop the SLS rocket, marking the final assembly milestone for the  Artemis rocket.

Launching in 2021, Artemis I will be a test of the Orion spacecraft and SLS rocket as an integrated system ahead of crewed flights to the Moon. Under Artemis, NASA aims to land the first woman and first person of color on the Moon and establish long-term lunar exploration. 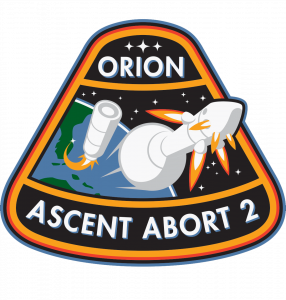