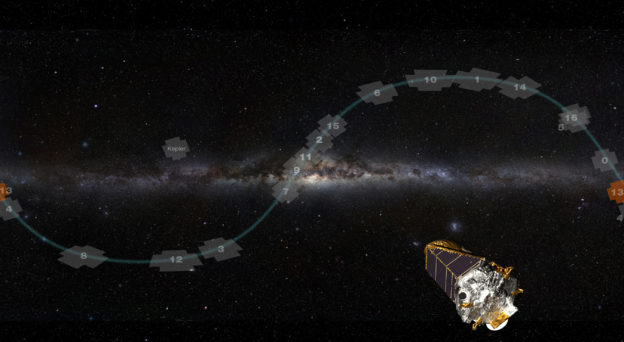 Last month the scientific community and the world were delighted with the announcement of a total of seven Earth-size planets orbiting a nearby star called TRAPPIST-1. Data from NASA’s Spitzer space telescope revealed the last four of these neighbors, and as planned, the Kepler space telescope also had an opportunity to look in on this interesting target.

During its observing campaign 12, covering the period of Dec. 15, 2016 to March 4, the Kepler spacecraft, operating as the K2 mission, monitored the brightness of TRAPPIST-1. Earlier this month, we released the raw, uncalibrated data to the scientific community, with the fully calibrated data to follow in the next few months. We are excited to see what these observations have added and will further contribute to the community’s investigation into the TRAPPIST-1 system.

Kepler’s K2 mission is now in its thirteenth observing campaign, monitoring a patch of sky in the direction of the constellation Taurus. During this campaign, the spacecraft will monitor more than 21,000 targets, including the Taurus star-forming region and the nearby Hyades open star cluster. Measurements of 33 galaxies, six asteroids, eight trans-Neptunian objects and one comet are also scheduled. 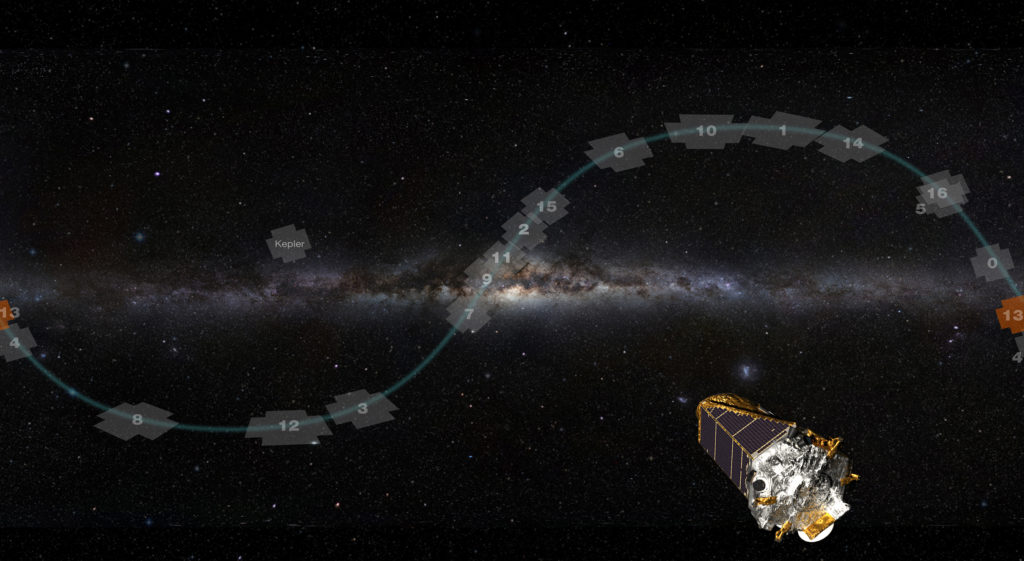 Over the last year, the team also has been gearing up to deliver the final data products from the Kepler [prime] mission. Today marks an important milestone: the final Kepler Object of Interest (KOI) table has been delivered and made available to the community at the NASA Exoplanet Archive. The KOI table contains a list of notable objects that show evidence of astrophysical transit events. The release of these data will help the community plan follow-up studies while our final analyses are completed. A paper detailing the mission’s final candidate catalog is anticipated this summer.

At this time of year, the original Kepler field of view rises in the night sky allowing scientists to carry out their follow-up studies of these KOIs using ground-based telescopes in the northern hemisphere.

Beginning April 1st, the Kepler/K2 guest observer office will be under the direction of Dr. Geert Barentsen. Geert will lead the team’s efforts to engage and support the broader scientific community using data from the K2 mission. He joined the team in June 2015 and has been instrumental in shaping the diverse portfolio of observation targets for the K2 mission. Geert also organized the first-of-its-kind microlensing experiment for NASA—a collaborative survey between the K2 mission and ground-based observatories around the world. Community engagement and the results of the study serve as a proof of concept for NASA’s Wide-Field Infrared Survey Telescope, to be launched in the mid-2020s. Geert is currently organizing another K2 mission campaign focused on the study of supernovae, which is scheduled to begin in December.

With this new appointment, the team bids farewell to Dr. Tom Barclay, our current director of the Kepler/K2 guest observer office, as he begins a new opportunity as the deputy director of the guest investigator office for NASA’s next planet-hunting mission, the Transiting Exoplanet Survey Satellite. Tom joined the team in March 2011 and was promoted to director in October 2014. He led the efforts to engage the scientific community on a new and unexpected opportunity that would become the K2 mission. In July 2016, his leadership and passion for the search for other worlds was recognized with a NASA Ames Honor Award for his exceptional efforts. We applaud Tom’s enthusiastic and tireless work as the Kepler/K2 guest observer director. He will be missed.

The spacecraft remains healthy and productive–a true explorer as it recently completed its eighth full year in space. It now trails Earth by 84 million miles in its tour around the sun. That’s about 452 light-seconds for those spatially inclined, or 0.9 AU for folks that like smaller numbers.