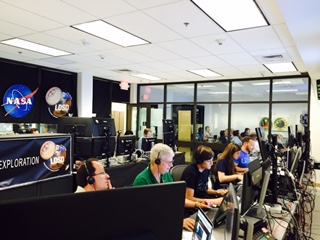 NASA's Low Density Supersonic Decelerator project will be flying a rocket-powered, saucer-shaped test vehicle into near-space this June from the U.S. Navy's Pacific Missile Range Facility (PMRF) on Kauai, Hawaii. The LDSD crosscutting demonstration mission will test breakthrough technologies that will enable large payloads to be safely landed on the surface of Mars, or other planetary bodies with atmospheres, including Earth. These new technologies will not only allow for landing of larger payloads on Mars, but also provide access to much more of the planet's surface by enabling landings at higher altitude sites. The mission continues to demonstrate how technology drives exploration on our journey to Mars, as we test these tools here on Earth right now. View all posts by Kim Newton