For my Soyuz launch, I had worn a standard Shuttle diaper with two inserts for extra absorption. (I have found it advantageous to add a little extra in certain places—in weightlessness, urine will creep around under the guise of capillary action and find your long underwear.)

Still, we were in our spacesuits for over 12 hours, and that’s a long time. Even with the extra inserts, my diaper became completely overwhelmed. It leaked real bad; I could feel it happen, and was powerless to control the flood. When the time came to de-suit, I was more than ready to get out of that thing, but dreaded the impending mess. Fortunately, I was able to cover up my stained underwear with a pair of woolen bib overalls.

On docking day, we put on our Sokol suits again and strapped in about six hours before arriving at Space Station. By the time we docked I was tired, dehydrated, hungry, had to use the bathroom, and was still wearing my yellow-stained long underwear. My sinuses were a bit congested, with the standard red puffy, chipmunk face. Our Soyuz cabin pressure was at 830 mm, but station is maintained at 740 mm. When we equalized the two, I got a splitting sinus headache. 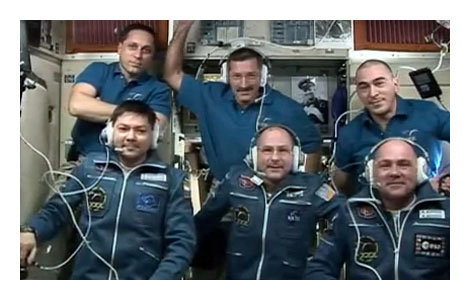 Let your smile be your umbrella!

When we opened the hatch we were immediately on camera, downlinked live to the world as we were greeted by the smiling faces of our space station crewmates. All I wanted to do was have a good “rest stop,” get something to drink, and hide in my sleep station (in that order). We were pulled into the Service Module, where we were once again on camera with Russian Mission Control and my family, all anxious to chat. They wanted to know what it was like. I felt like a red-faced, dehydrated, puffy sack of — (fill in the blank). That is what it was really like. I was able to force a smile. 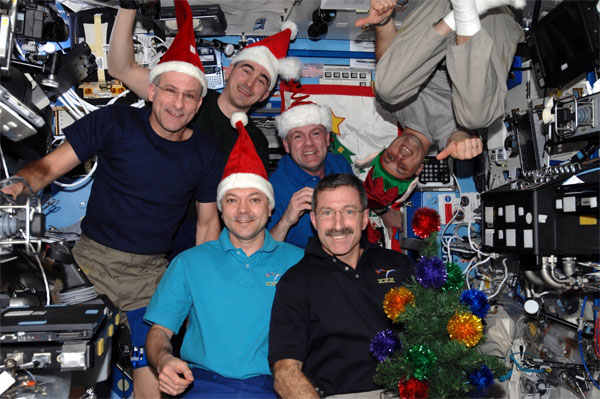 7 thoughts on “Candid and the Camera”