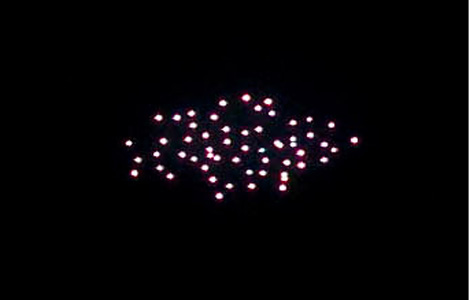 Tierra del Fuego, the land of fire, was what Magellan named the tip of South America in 1520. He saw the fires set by local inhabitants who did not want the Portuguese explorer to set foot on their land.

A new page in the history of this distant part of our globe is now being written. Oil has been discovered off the eastern shore of Tierra del Fuego, and Argentina is building offshore platforms to access it. Brightly lit, they appear from orbit as constellations—not in the starry sky, but on the surface of the sea. Collectively, they are one of the most brightly-lit areas I have seen anywhere on Earth (except for Las Vegas, which still holds the title). From my orbital perspective, this is no longer Tierra del Fuego but Mar del Fuego.

In these pictures taken from Space Station, the dim lights from Tierra del Fuego, visible in the background, do not hold a candle to the bright lights of the offshore oil platforms. 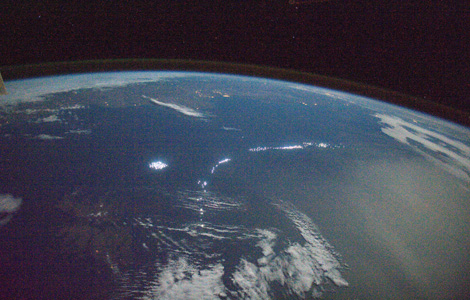 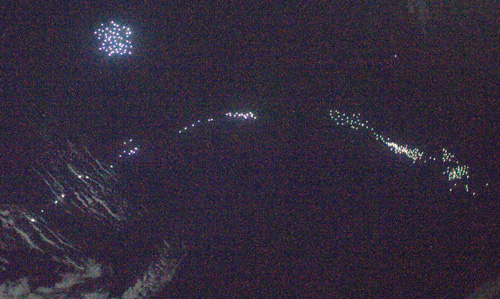