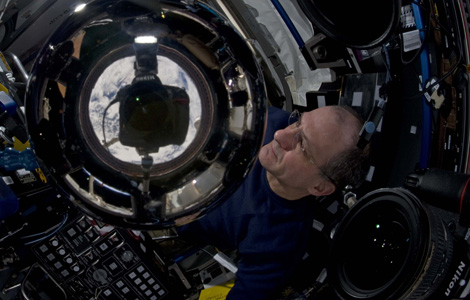 I often hear someone remark, “The chances of X happening are one in a million,” where X could be any number of rare events such as winning the lottery. When numbers become as large as a million, it is difficult for my mind to comprehend them-as compared to tangible objects that I can see, touch, and count. A thousand million makes a billion, making that number a thousand times more abstract.

I float in the space station cupola, looking out the seven windows of this faceted transparent jewel, observing the nighttime Earth. There are now seven billion people who call this planet home. It occurred to me that there are only six people who can say the same for space right now. What a privilege it is to be one of those six.