Four and a half hours of flying today.  Impressive match-up between theplanned flight lines and the realized ones.  Communications between theplane and the hangar worked well except for the last 20 minutes or so. The image below shows the planned lines (solid blue horizontal lines)with the actual flight track represented as filled circles, coloredaccording to air temperature.   Views like this (which we were able tosee in real time) especially gratified the PI and instrument scientistsbecause of the clear representation of the match-up and the spirals inthe flight pattern.  All three instruments appeared to be operatingcorrectly. 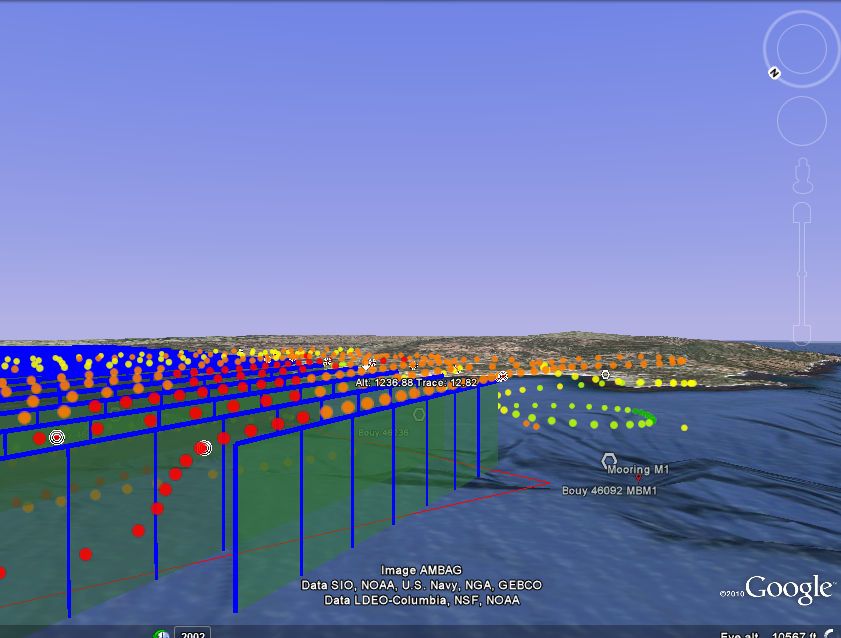