We got the “go” to proceed with line ops. SOFIA, a 747SP,was towed out of its hangar onto a side-runway, and away from any air traffic. Theheading is 130.5. This is important as it tells us what view angles areavailable from the telescope. The telescope looks out the aft-port side of theaircraft. (Aft=back of wing, Port=left side, when viewed from the back, facingthe front). So at this heading, we are looking at the N-E portion of the sky.Our calibration targets include TDra, NSV25184, RUCyg, muCep, and TCass, allpretty bright stars.

We walked out from the hangar to the craft and can come/gofrom the craft during the night. Of course, this is not what will be likeduring the flight. Below is a picture of our ingress/egress path on the plane,

a “true stairway to the stars.”  I learned that for the flights, we would do a similar activity, meaning we donot board within the hangar, but board after the craft has been towed out tothe runway. 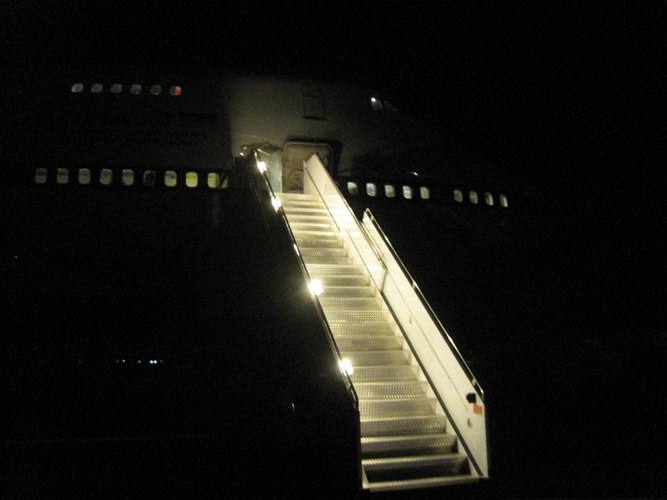