We completed night 2 of line ops for the mid-IR cameraFORCAST on SOFIA. Our tests included script validation of the main observationmodes for the imaging and spectroscopic (grism) channels, optimization ofdetector bias, and exploring a new way to improve the flat fields for theimaging modes. During part of the night, we were slowed down by debugging ofscripts, an activity we were glad we found issues with now, rather than inflight. As a result of the delays, not all the planned tests were completed,but May 28th is the next line ops for this instrument.

We did manage to get our first grism spectral tests in, butmore testing remains for May 28th where my colleagues will take over the testing. I will be on call for data analysis. 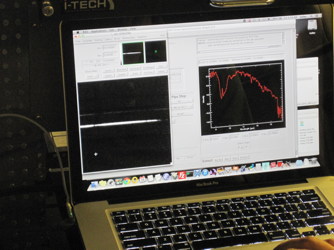 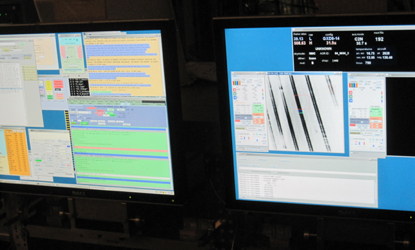 I head back to my home in Boulder, CO, today, after a powernap. I will be returning to experience a flight on SOFIA on Jun 11th.Until then another line ops is scheduled for May 28th, followed bycommissioning flights on May 30, June 4, June 6, and June 11th.  I’ll be on call for dataanalysis and wishing my colleagues clear skies, good script runs, and completion of the readiness tests. SOFIA soon enters formal science flights at the end of June, and we want to give the larger community a high performing instrument with an observing strategy to optimize time and signal-to-noise. 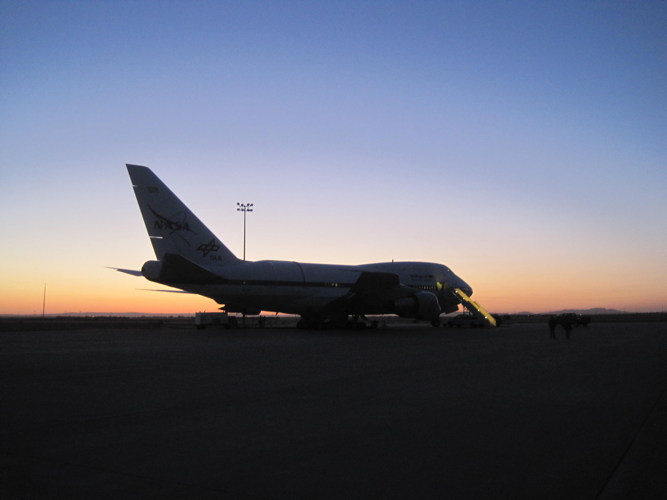 SOFIA on the runway at NASA’s DOAF, Palmdale, CA during FORCAST line ops May 2013.