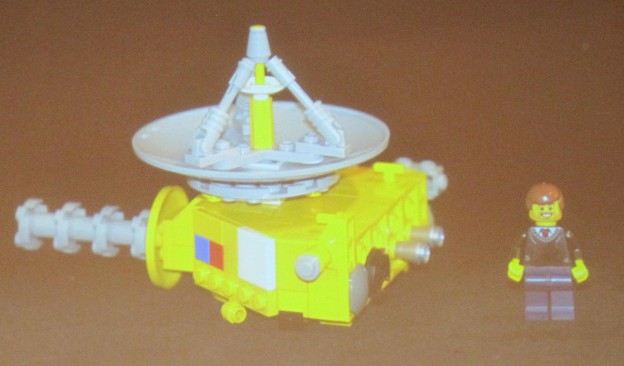 In her presentation at the Pluto Science Conference, Dr. Leslie Young (SwRI), deputy Project Scientist and chief architect of the Pluto Encounter Sequence, stepped us through the New Horizons’ Science Objectives and the types of observations that will be pre-programmed aboard the craft for the entire year of 2015. Unique science is not just around Pluto Closest Approach on Tues, Jul 14, 2015, but many months prior and post the encounter. Although most of the “Group 1” (see below for description) science objectives for the mission will be met by measurements made in the -2hr to +3hr from closest approach. Closest approach is on July 14, 2015. 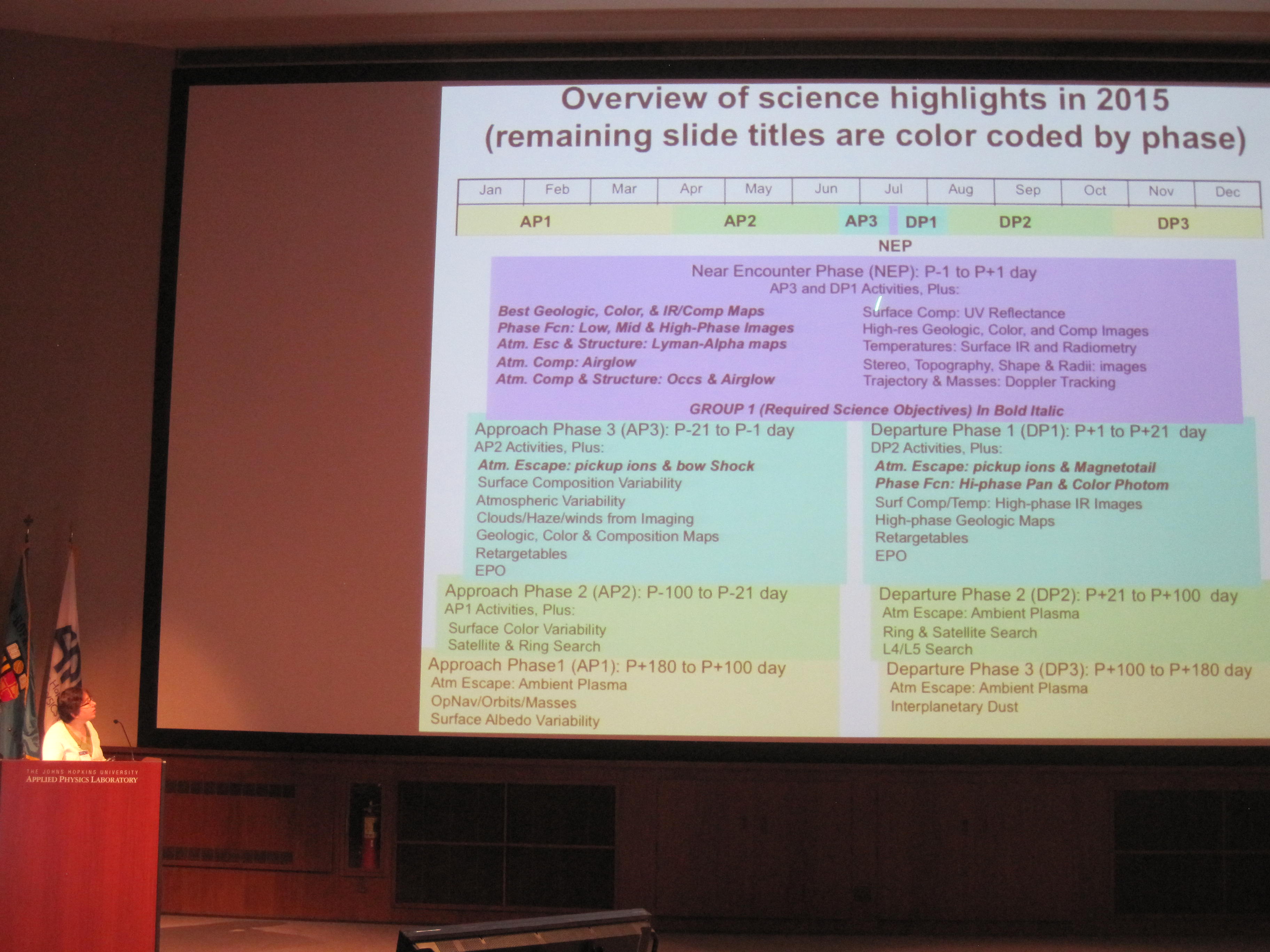 Leslie Young (deputy Project Scientist) describes the overview of the science highlights for the year 2015. Also shown in the slide is a mapping of the Science Objectives per each phase.

That single slide that Leslie showed (above) is the sum of many, many, many months of work with the New Horizons Science Team, along with support from the project’s Mission Design team, to identify which measurements of which body at which time (or times), as an ensemble meet the Group objectives. She specifically calls out the Group 1 by showing those categories in Bold Italics.

As the New Horizons Science Fly-By mission is a temporal series of measurements, the mission has been constructed to compartmentalize the measurements as a function of day from the closest approach. Hundreds of unique measurements are scheduled in rapid-formation within the day prior and after closest approach, called the NEP or Near Encounter Period. 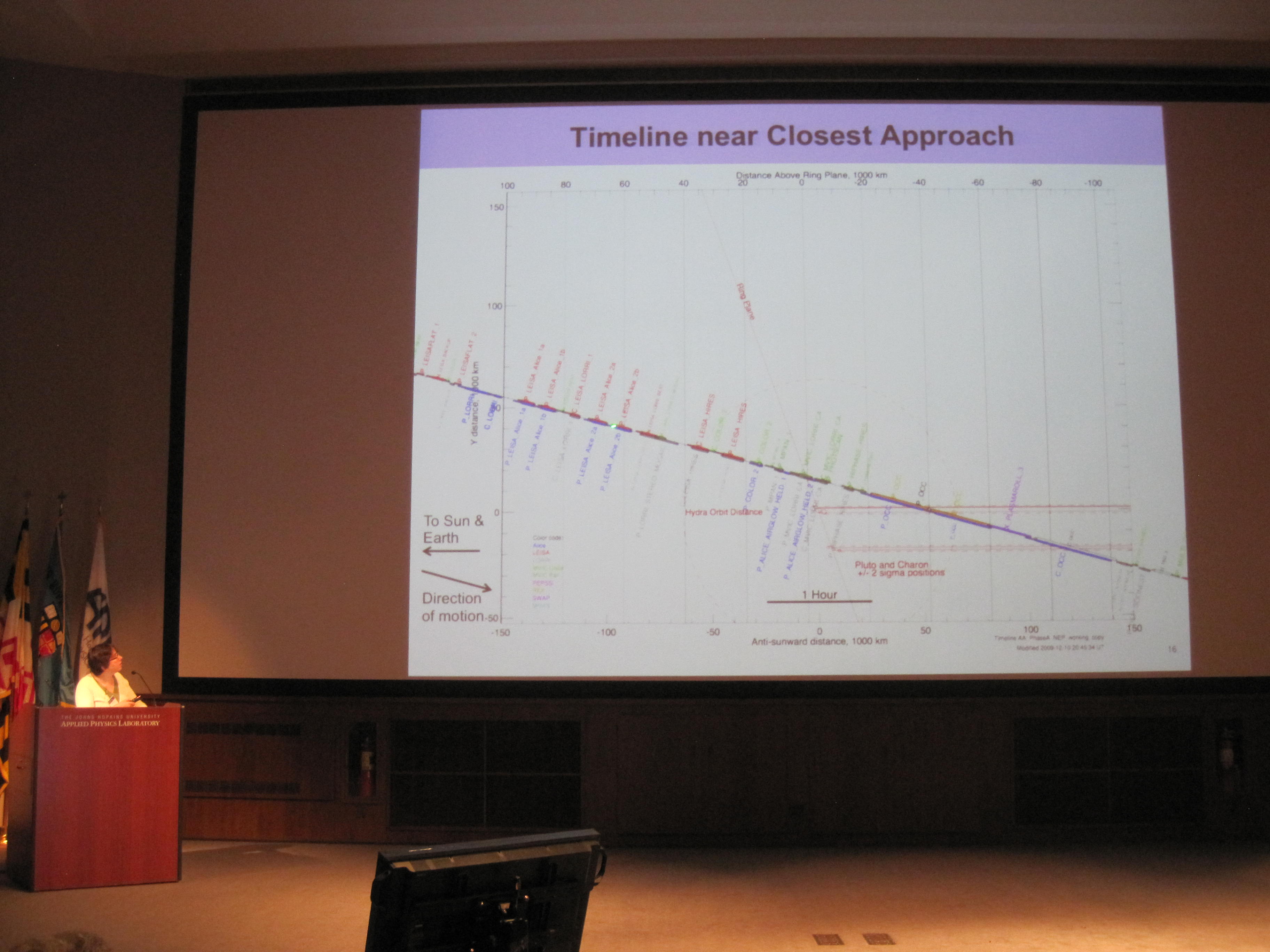 Leslie Young describes the mission science measurements on a timeline near closest-approach. The instruments are color-coded in this representation of the distance to Pluto (y axis) vs. distance from Earth/Sun (x axis) with respect to the closest approach (nominal July 14, 2015 11:50 UTC). A larger version of that slide is shown below. The x-axis spans 5 hrs of time. 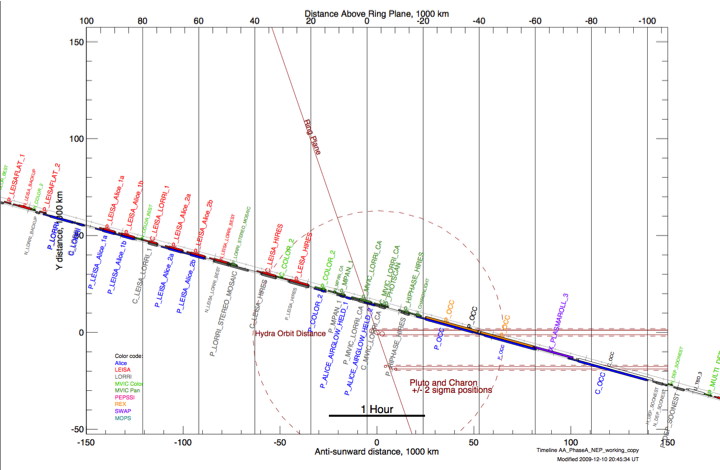 Below is a summary of the best spatial resolution measurements anticipated from New Horizons’ Remote Sensing Suite within a few hours of closest approach. Panchromatic (LORRI camera), Color (Ralph MVIC), and Infrared (Ralph LEISA) resolutions are shown against each target body for the closest-distance to those target bodies in the nominal sequence. The science requirement for the equivalent Group 1 objective is shown in italicized text. 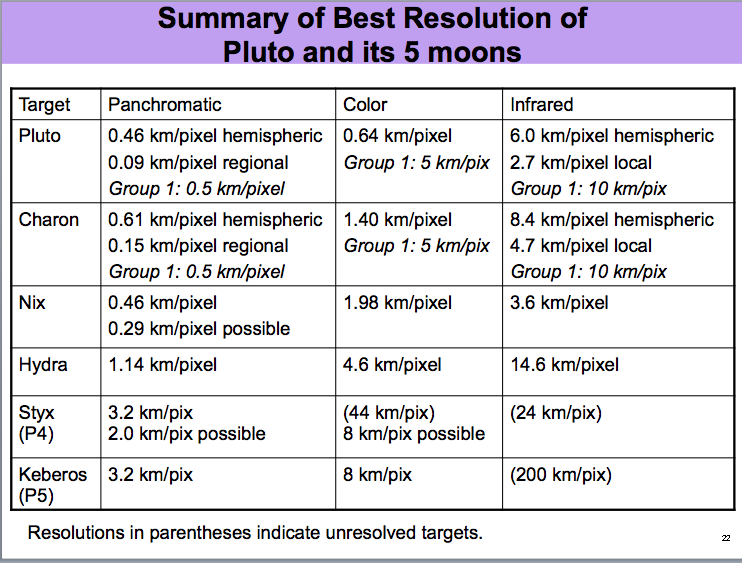 With our current best resolution of Pluto spanning 100 km/pixels taken with the Hubble Space Telescope, the New Horizons mission with its up-close-and-person will rewrite the textbooks on this elusive system with more than 2 orders of magnitude resolution improvement, plus spectral, radioscience, and plasma unique measurements.

Calling for proposals to observe the Pluto System from Earth and Earth satellite-assets! “As planetary astronomers, we love phases” as Rick Binzel (MIT) describes “Earth-Based Observing Campaign for the New Horizons Encounter.” We’re going to need to make a link to connect decades of earth-based observations of the Pluto system before the fly-by and continue it for decades after the New Horizons fly-by. There is a website set up for information on how to participate and get more information. Specifically observations are needed in 2014, 2015 (encounter year), and 2016. 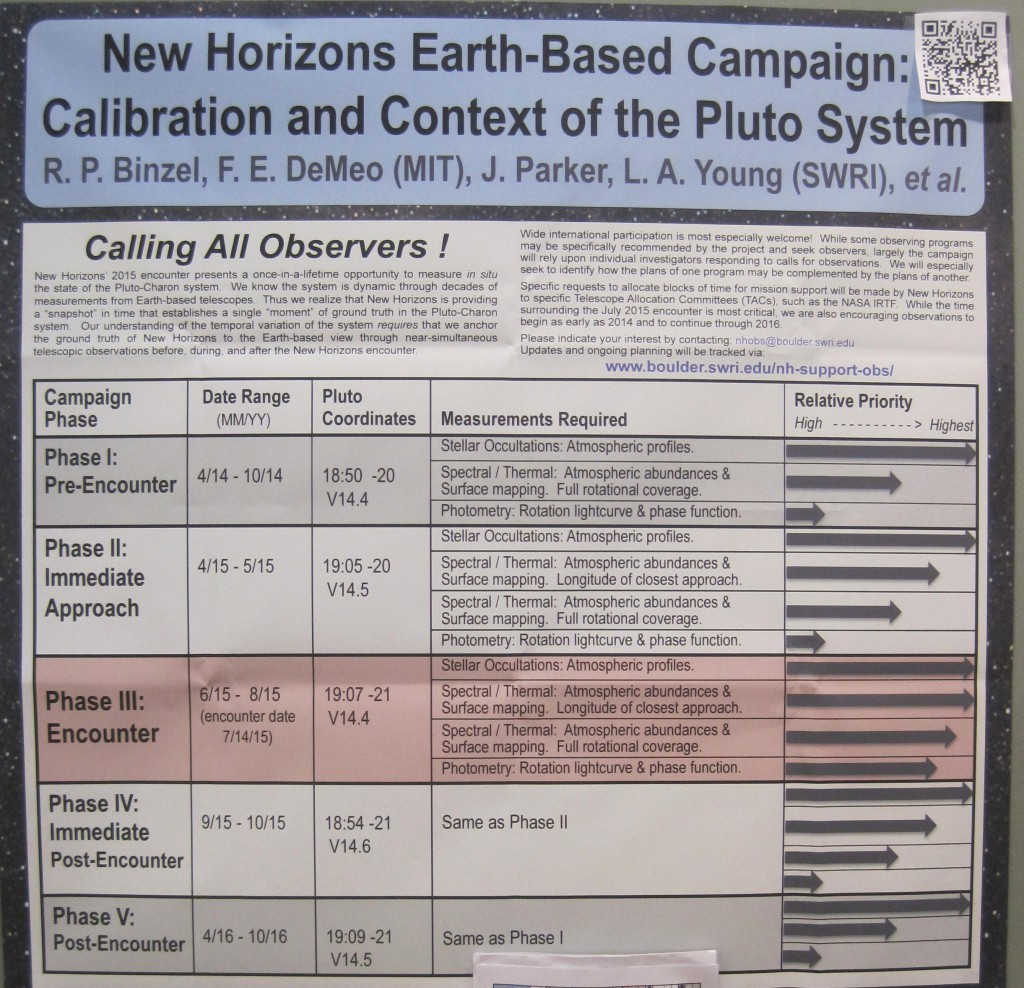 The website will be based at http://www.boulder.swri.edu/nh-support-obs/ . Check back later since they are actively working the content, but you can always email nhobs “at” boulder.swri.edu for information.

Rick Binzel also introduced the campaign to get a Lego set made of the New Horizons Spacecraft. It needs to vote to get it approved for production. Note: this requires you to register for free-account to log in to vote. http://lego.cuusoo.com/ideas/view/44093. 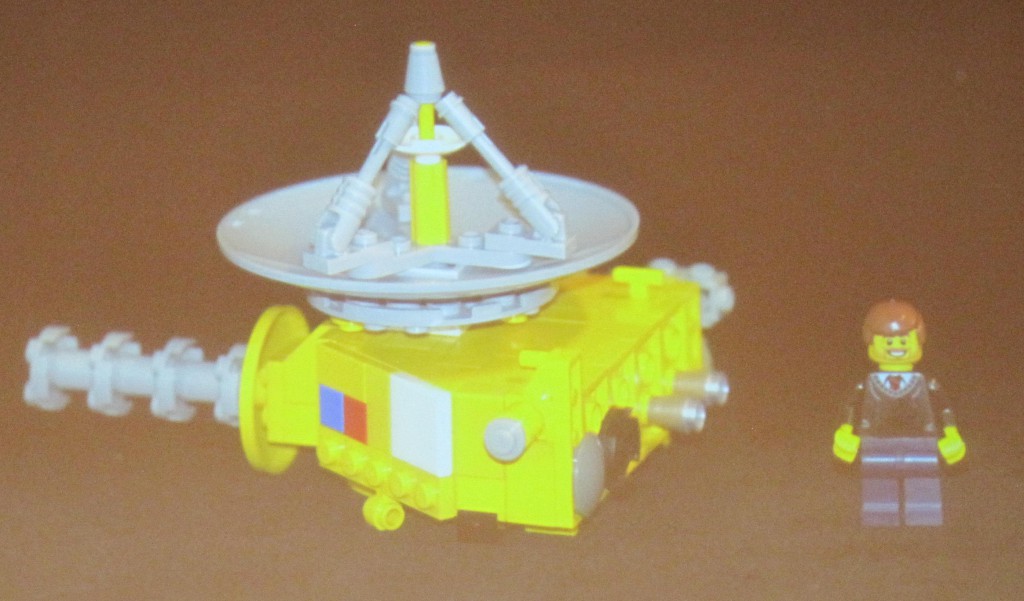 Summing up the first session of an exciting beginning to the Pluto Science Conference,  per Alan Stern, the Principal Investigator for NASA’s New Horizons’ Mission: “The most exciting discoveries will likely be the ones we don’t anticipate” and  “Revolution in Knowledge is in Store.”