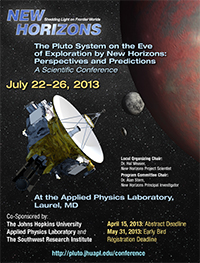 This blog entry concludes my series of talk summaries for the July 22-26, 2013 Pluto Science Conference, “The Pluto System on the Eve of Exploration by New Horizons: Perspectives and Predictions.” You can read more about the conference and browse through the abstracts at the conference website https://dnnpro.outer.jhuapl.edu/plutoscience/Home.aspx

In his closing comments, Alan Stern (SwRI), the lead scientist (Principal Investigator) for NASA’s New Horizons fly-by mission to Pluto, told us about the last time a scientific discussion gathering specifically about Pluto occurred. It was twenty years ago, a 3-day meeting in July 1993, in Flagstaff, Arizona. The talks and presentations from that workshop led to ten contributed papers in a special issue in 1994 in Icarus (Vol 108, Issue 2) and, in 1997, the publication of a book entitled “Pluto and Charon” by The University of Arizona Press.

When the group gathered in 1993, the 1989 Voyager 2 fly-by of Neptune’s moon Triton’s was still “fresh data”, the prime Pluto-Charon “Mutual Events Period” of the 1985-1990 had just ended, and the Hubble Space Telescope (HST) would be soon coming back on-line with its fixed optics (the 1st HST servicing mission would occur in December 1993). It was a busy time for the Pluto science community. 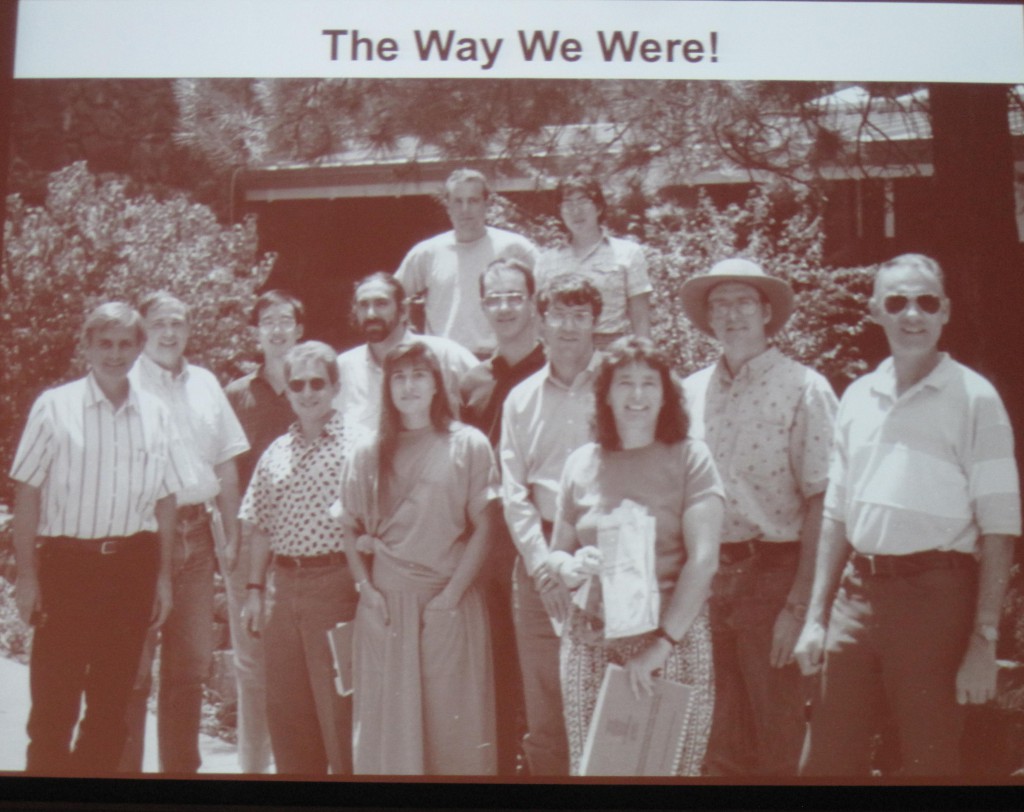 Some attendees at the open workshop meeting on Pluto & Charon in July 1993, Flagstaff, Arizona.

This five-day July 2013 meeting has demonstrated that the quest to better understand Pluto and its environment is a very rich and diverse field of study. With each new data set about Pluto and its companions, surprises are uncovered and new questions are posed. When the New Horizons spacecraft reaches the Pluto system in July 2015, a true “first encounter experience,” its on-board suite of modern instruments will transform our current-best resolution ~800 km/pixel (from Hubble observations) to a resolution of 0.46 km/pix (hemisphere) with 0.09 km/pix (regional) resolution with the LORRI instrument. You can be certain there will be a lot more surprises in store. Combining this with new and unique data sets from New Horizons’ particle & dust instruments and the UV and IR spectrometers, our understanding of the Outer Solar System will find a new grounding.

With 103 oral talks + 30 posters + 13 “topical sessions” this was a jammed pack week of sharing old information, sharing new data from the past few years, sharing “hot off the press data” (it’s Pluto observing season right now and during the conference attendees were doing observations of Pluto & Charon with IRTF, Keck and other telescopes, remotely or with their colleagues at the telescopes), identifying what computations or experiments are needed before the 2015 encounter, and in some cases, providing predictions of what might be detected at Pluto and Charon. Several papers presented at this conference will be submitted to the Icarus journal. 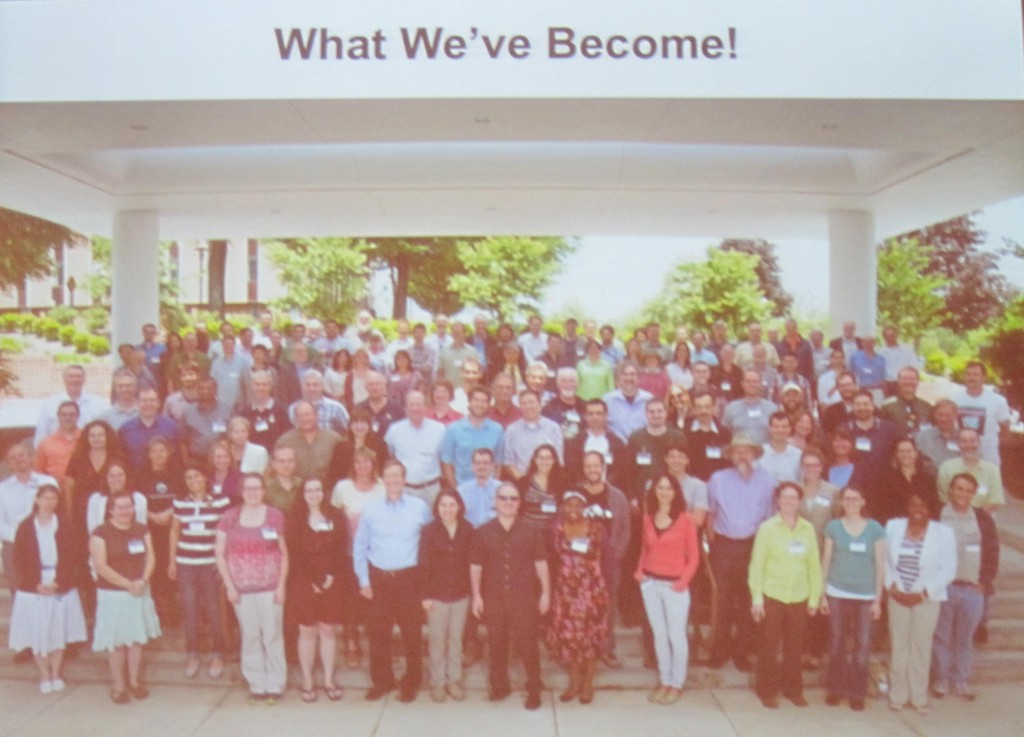 The stage is set for a summer 2017 Pluto Science Conference. New Horizon’s flyby of the Pluto System is on July 14, 2015, but it will take a bit over a year for all the data to come down losslessly (i.e. without compression). Deliveries to the NASA’s Planetary Data System are planned in 2016 and early 2017.

I hope you enjoyed this blog series reporting on these intriguing topics. You can follow the New Horizons mission status at any time by visiting the New Horizons Mission Website at http://pluto.jhuapl.edu/ and https://www.nasa.gov/mission_pages/newhorizons/main/index.html.

2 thoughts on “The Pluto science community is rich and diverse, just like its target of study: the ever-fascinating Pluto and its satellite moons.”