The International Space Education Institute is headed stateside as we post this. We’re excited to see what Ralf Heckel’s team brings this year, not just to the high school division — which they won in 2010 — but to the college division as well. Here’s German high school racer Nadin Rössler with an update… 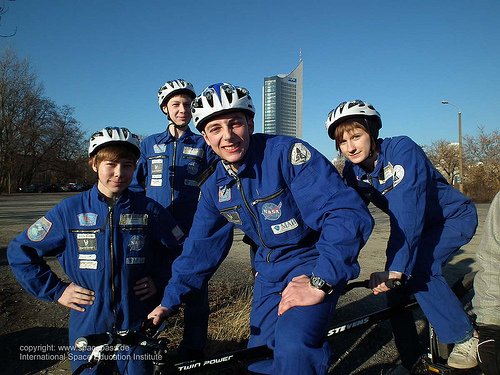 The NASA Great Moonbuggy Race is the chance for showing new possibilities and for showing a new way of thinking. It’ also a great possibility for me to be a member of that great run. I’m Nadin Rössler, 17 years old, from Chemnitz, a German town between Leipzig and Dresden. There, I am a student of the Johann Wolfgang von Goethe High School, which also supports our project.

Certainly, everybody has to get a special feeling for the race. NASA and “moonbuggy” seem to be words which are far away from us normal scholars and students. It’s crazy, to be a part of such a great chance. But for calming down and understanding, we also prepared mentally for the race — we watched films of the moonbuggies, read articles and spoke with the “ingrained” members. It was a really good and important help to realize our potential, to see that the future needs young people like us who have new ideas and new ways of thinking. That’s why it isn’t impossible to take part in such great races. And that’s a thing — I’m really full of pride. 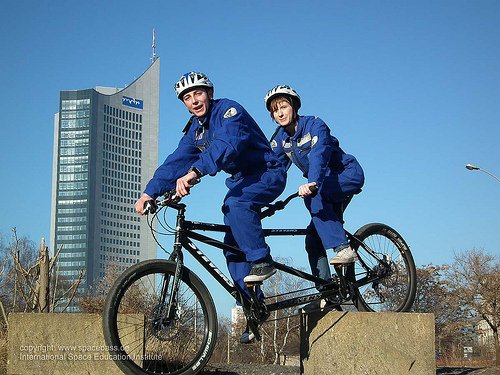 To find a design for our moonbuggy wasn’t our most difficult job. Our team has taken part in the Moonbuggy Race for more than five years. But we had to perfect our buggy. And that doesn’t mean to change design, color or structure — we changed the weight, the wheels and the stability. All in all, we will have a very light and flexible buggy this year. And we’re all very proud of the results of our work.

For building our buggy, we needed a lot of time. Every weekend we were in the International Space Education Institute for drilling and welding. Last year, our buggy reached a speed of 50 mph. That’s why we did a crash test this year, to guarantee our safety on the buggy.

Now, after a lot of sweat and brainpower, we look forward to Huntsville and are excited to see the other buggies. We hope and believe it will be an unbelievable time for us.

The race is also a question of fitness.  Our way of training included a lot of tours with bikes. But not just normal bicycles — we also had a tandem for riding together and a recumbent bike for learning how to sit in a moonbuggy. The plan for our trips often was a tour to a lot of beautiful parts of Leipzig. Among them is a bicycle park with small hills specially made for passing on bikes. Some of us dared the course while the others cheered. We took countless photos and films. It was a lot of fun to watch the others and to try driving over the hills by myself. With that funny way of training we got not just healthier and more prepared for the event, but we also got team players.

To get prepared for the run doesn’t just mean to train until the sun is setting. It also means to have fun with the group and to experience the world together. That’s why we made more than 150 trips this year through Germany and Europe. We were in small towns such as Borsdorf, Eisenach and Peenemünde, and also visited great cities like Moscow. We took a lot of new memories with us, and it really helped turn us into team players. 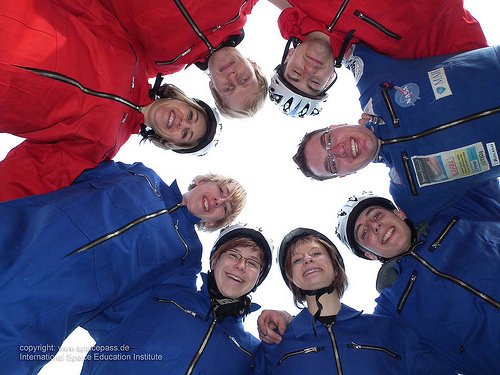 It’s our aim to walk the same way together — the way to the Great Moonbuggy Race in the USA. We are all very proud to be members of this fantastic competition. Everybody is excited, and each one wants to perform with excellence.

And we’re all very excited about how our buggy will come through the race. Maybe ours is the fastest. Or the lightest.

No matter what happens — for us, our moonbuggy is the best.