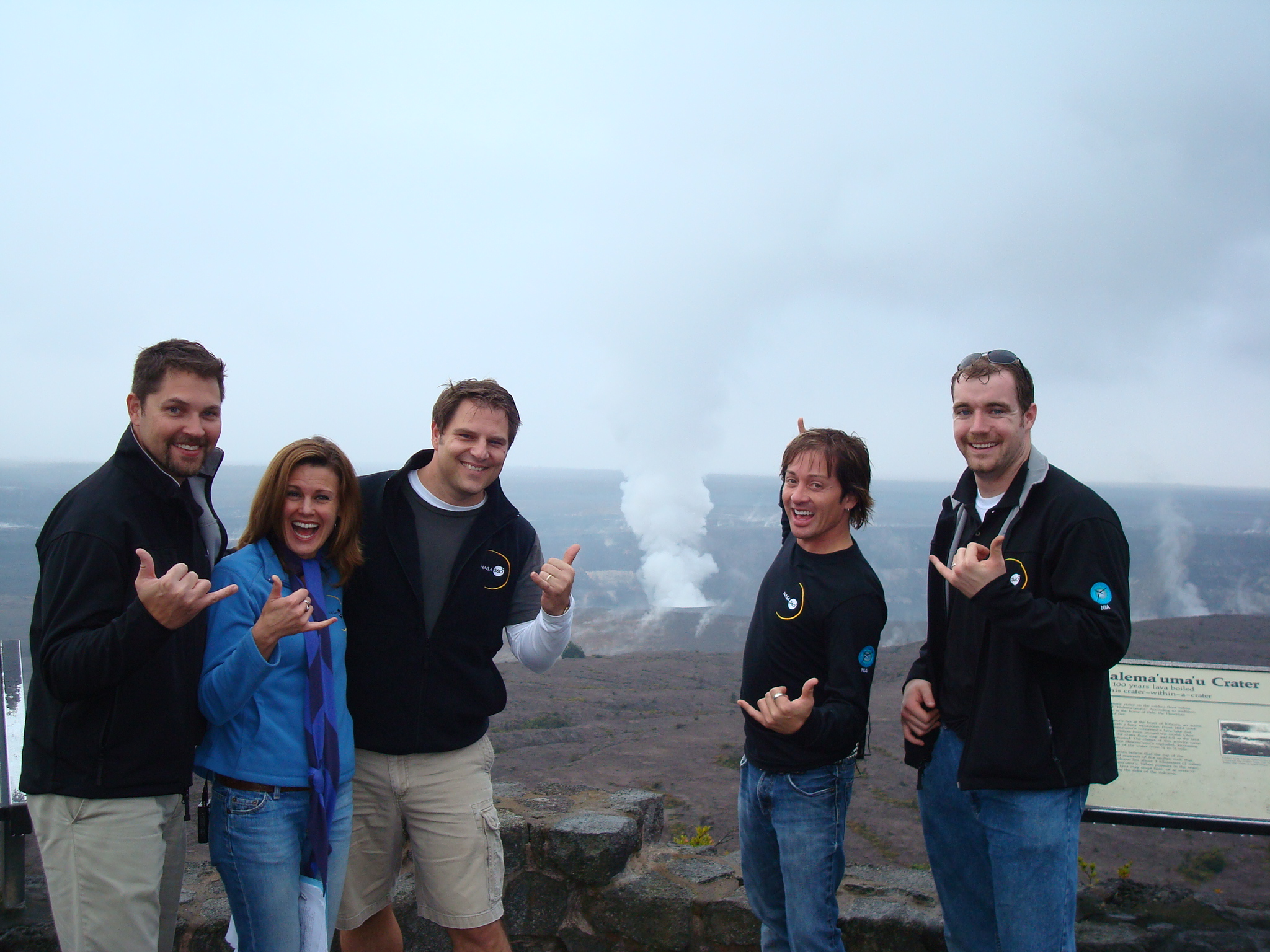 We just came back from the Big Island of Hawaii where we were shooting for an upcoming episode.  We had a great time, but what a long flight!  We shot some testing that NASA is doing with the volcanic soil there.  It turns out that the volcanic soil in Hawaii is very similar to what we expect to find on the moon.  In this testing, researchers were actually extracting oxygen and water out of the soil.  With this technology, astronauts will not have to bring all of there oxygen and water with them, they can just make it there!  Who knows, this technology may be able to help drought stricken places back here on Earth too.  It amazes me every day what the hard working people at NASA can do to help out world.

We also shot on top of Mauna Kea at 13,700 ft, because the worlds largest collection of telescopes are up there.  We also did a short piece at Volcanoes National Park to find out how NASA is helping us better understand volcanoes.  You can check out our pictures from this trip here:
http://community.webshots.com/user/nasa360

Kilawaea
Photo: Courtesy of a fan 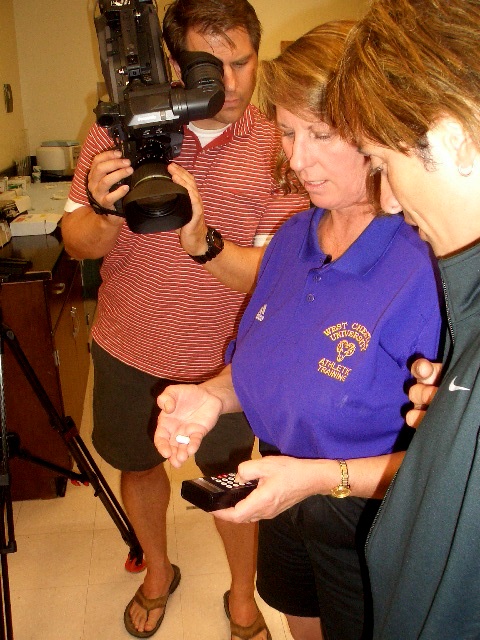 We just came back from shooting at West Chester University just outside of Philadelphia for and upcoming NASA 360 program.  We shot with Dr. Sandra Fowkes Godek who talked to us about the Core Temperature Device that she has been using to help keep athletes safe from heat stroke.  This device was originally developed for NASA astronauts, but is now being used by amateur and professional athletes alike.

We left from Norfolk early in the morning for our 5 hour drive up to the Philly area.  The drive took a little longer than expected because our host Johnny was supposed to meet us for lunch at a little place called the Dog House by the Delaware Memorial bridge.  Well, Johnny got a little turned around, so we ended up waiting for more than an hour for him to show up.  When he called and told us that he was “very close” we determined that he was about 50 miles away from us!  So we just met him later at the University.

The shoot was great.  Dr. Fowkes Godek is a wealth of knowledge and really helped us understand how important this type of device can be to keep athletes safe from heat stroke.  She has worked with the Philadelphia Eagles and with the Flyers hockey team in the past, and her research is changing conventional wisdom about how to prevent heat stroke.  This episode won’t be out for a few months but keep an eye out for it because the topic is fascinating. 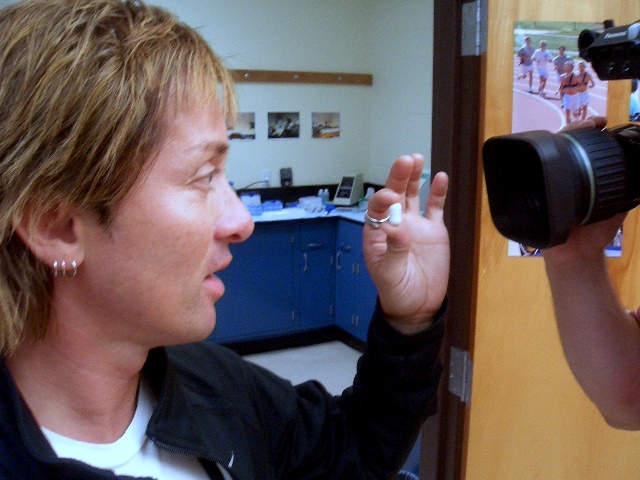 Johnny Alonso holds the Core Temperature Device in the lab.