Hey everyone! 🙂
Sorry I’ve been like “radio silent” on the NASA 360 blogs, but ask Kevin or Bibs, I’m not really the web chatter – I’d rather just talk your ear off in person. :p
I hope you’re digging the show as much as I am.  And it’s not because I’m working on the show and I get to travel the world. It’s also not because I get to see NASA 360 on the television at the hotels we stay when on location. Brag that we won an Emmy and all these awards to all my actor friends in Los Angeles, meet way cool astronauts and hawt Olympic atheletes. Ride in an electric car at 100 miles an hour, check out the X-Games for free or eat at every Chipotle in America. Ride my Sector 9 skateboard through an episode at the beach, catching bad karma from someone picking up lava rocks, joking with our boy scaring him with “rattlesnake eggs”, watching race cars fly by at lightning speed not from the stands at Indy, but from the pits. See some of the latest inventions like “GPS” or “liquid metal” before it is put to use in the general public or the new skin tight astronaut space suit…or interview some of the coolest people who are inventing tomorrow, No…wait a minute… those ARE the reasons I’m digging NASA 360 – and you should too. We at NASA 360 are bringing you the hot info and getting the fab footage and stories hands on – we enjoy putting the show together as much as you enjoy watching it. Kevin, Jennifer, Bibs, Tom and Johnny Alonso, we really do have the greatest and coolest job in the world. Yea man, its called “NASA 360”

Last Friday we filmed in the historic 30- by 60-Foot Wind Tunnel at Langley Research Center. We were getting some shots of the new X-48 BWB, or Blended Wing Body. The footage will be used for an upcoming NASA 360 program on Green technologies. Engineers lifted the scale model on to the stage in preparation for low speed wind testing. It was only about 110 degrees in the non-air conditioned facility. I’m glad everything was in focus while sweat was dripping on to the lens.
For some cool info on the Full Scale Tunnel go to :
https://www.nasa.gov/centers/langley/news/factsheets/30X60.html 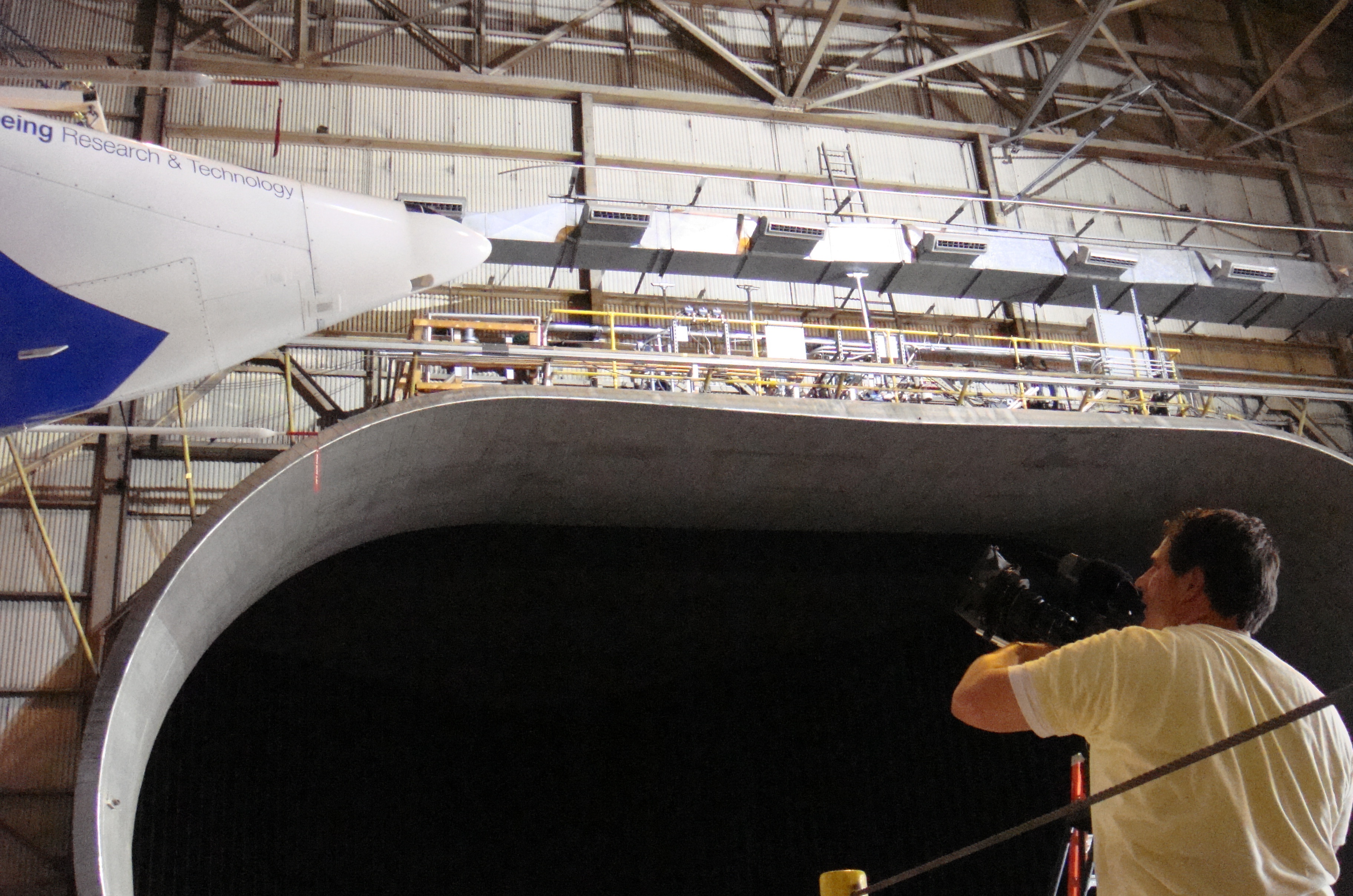 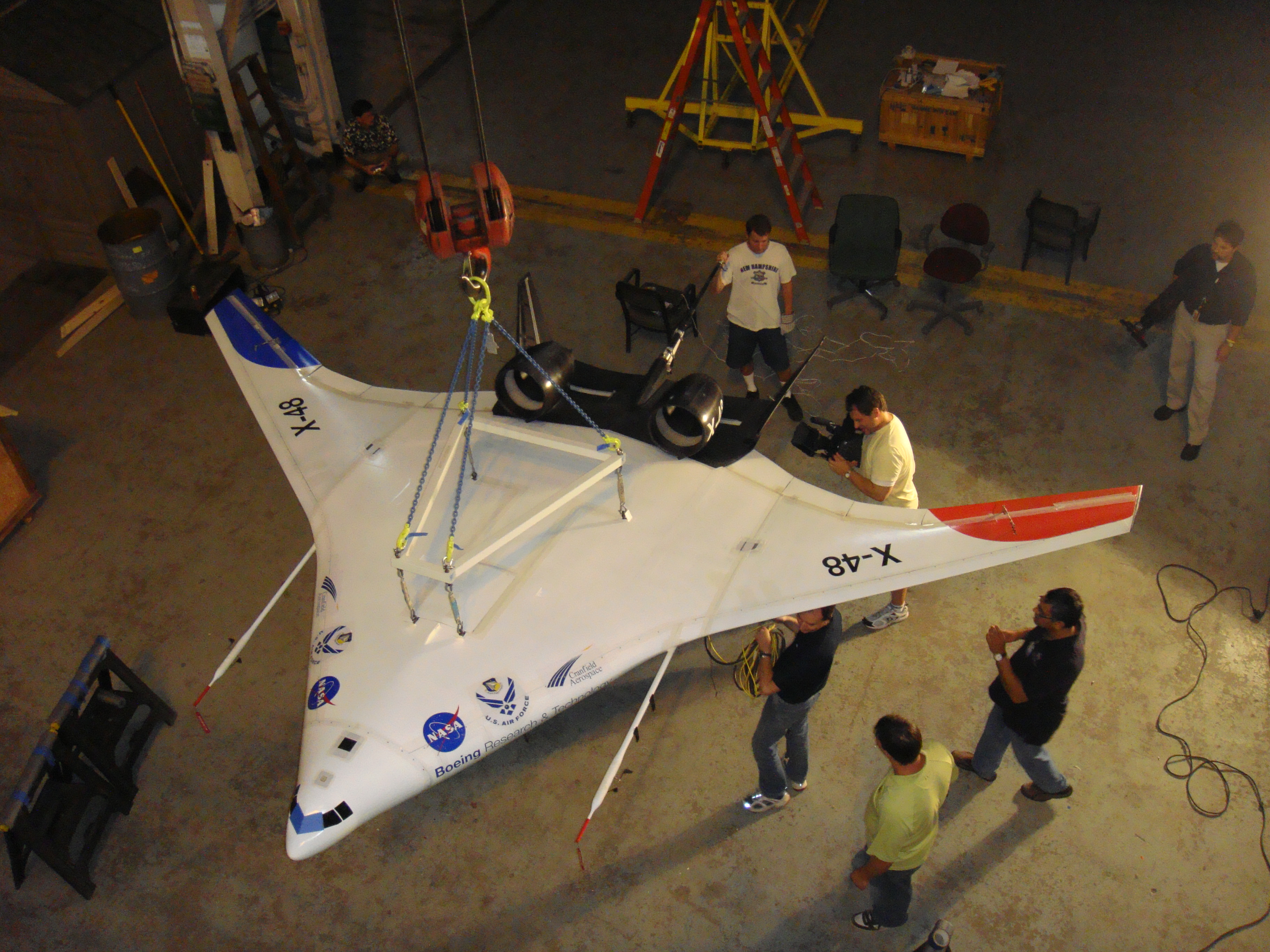 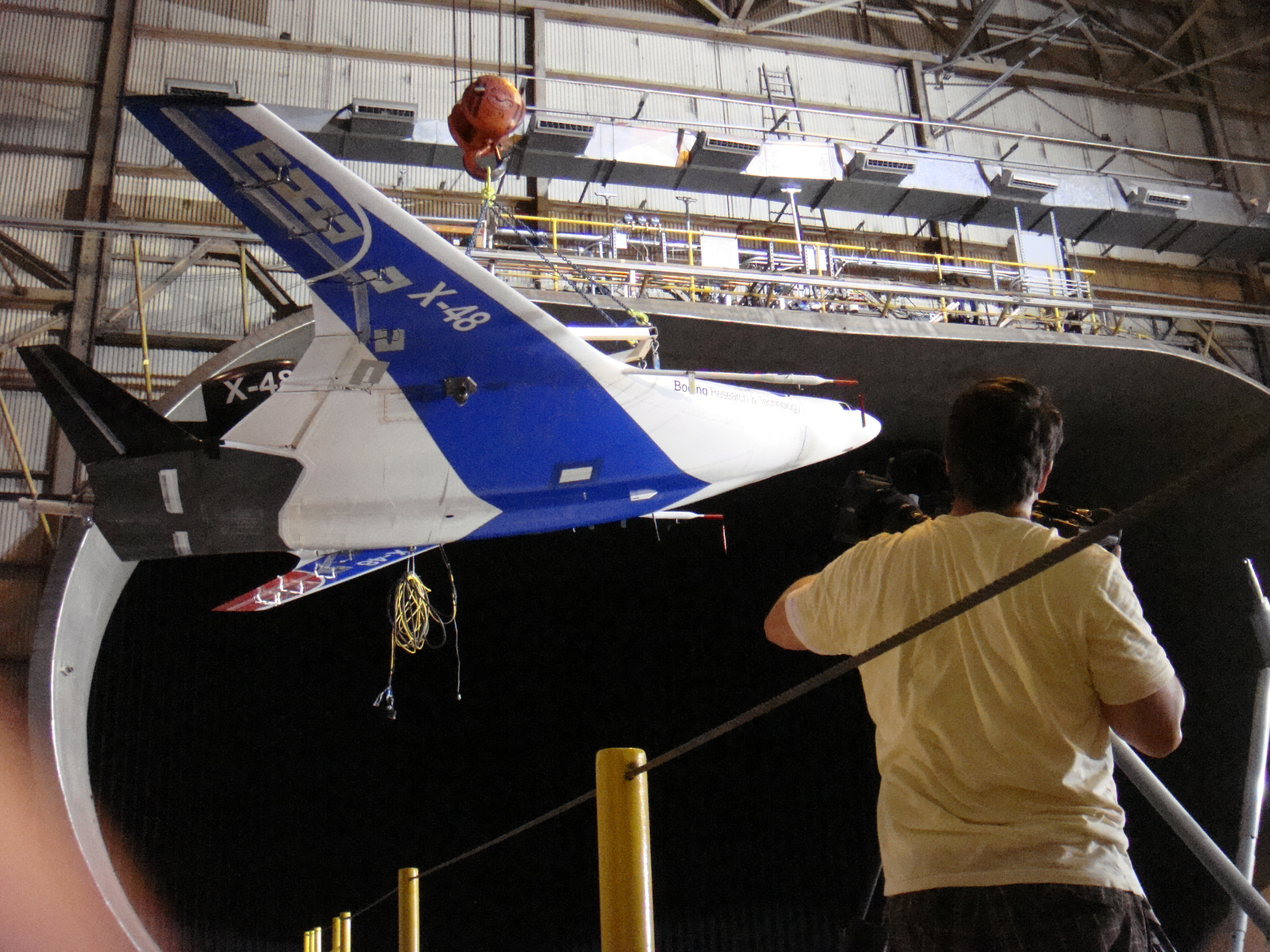