Maybe Walt Disney was right when he commissioned the song, “It’s a Small World (After All)” in the 1960s. At the time, commercial aircraft and other modes of transportation were beginning to bring folks together from the furthest reaches of the planet as never before. Fast-forward to the 1990s when the spread of the Internet made the world an even smaller place.

At the time, large scale chat rooms and instant messaging ruled the day. It was a community meeting place where people with similar interests met virtually even if they were in different parts of the world. These chat rooms provided some of the original allure of the Internet and showed how easily it could make this one small world after all.

Since then, chat rooms haven’t really changed. The rooms still bring folks together in the same virtual space, allowing them to collaborate and talk with one another. It’s not cutting-edge; it’s not high-tech. It’s just a good idea that still manages to be highly functional, even after all of these years. 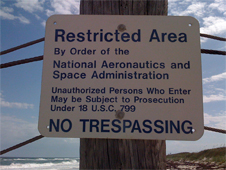 Here at NASA.gov, we’ve previously hosted chats between astronauts, educators and students. Continuing this tradition, from time-to-time we’ll be hosting question and answer sessions between NASA scientists, engineers, and support personnel. It’s a chance for you to chat with the folks behind that gates at NASA and ask them anything you’d like about a given topic.

This afternoon, NASA Chats features Bill Cooke of the Meteoroid Environment Office at NASA’s Marshall Space Flight Center, who will be online to take your questions about the Leonids meteor shower. The shower is a pretty neat thing to see and will be visible over the Americas on Tuesday morning.

As topics come up and neat things are happening at NASA (when aren’t they?), we’ll have NASA experts answer your questions in future chats. Hopefully, the chat room just keeps proving that “it’s a small world, after all.” Now that’s pretty neat.