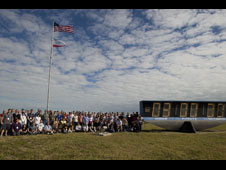 There was something different this time.  From the veteran reporters and public affairs officers at the NASA News Center to mission managers in the firing room, NASA’s Kennedy Space Center was buzzing about the fresh burst of enthusiasm as the clock ticked toward liftoff of Atlantis on STS-129.

In the shadow of the iconic Vehicle Assembly Building and just a quick stroll from the famous countdown clock sat a white tent filled with 100 NASA Twitter followers from 21 states, the District of Columbia as well as Canada, England, Morocco and New Zealand.

They came to Florida from all over for a two-day Tweetup (an informal meet-up of people using the social media tool Twitter), including a tour of the center and a chance to talk to the people that help send the shuttle to space. They got an up close look at shuttle hardware and face-to-face time with astronauts and reporters. Some were pleasantly surprised to become part of the story themselves, as members of the news media came looking for interviews.

But for many, it was simply about the joy of being there. One was overheard telling a reporter, “NASA could’ve bused us out to a big field and let us watch the launch and we would’ve been thrilled, but they did so much more.” 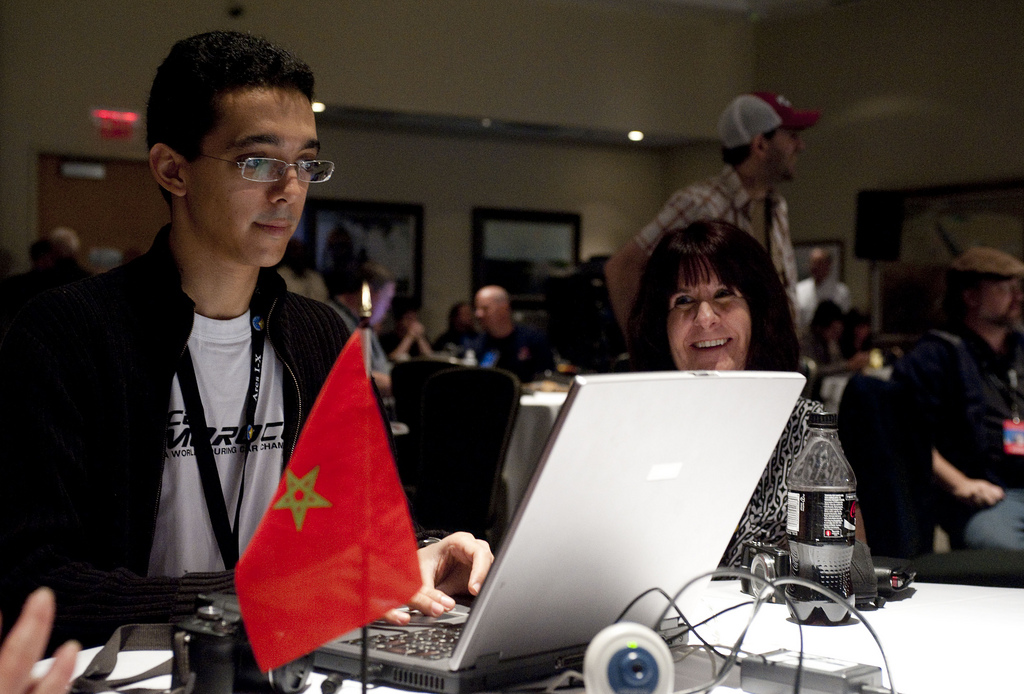 So what’s all the fuss about? Think of Twitter as an ongoing conversation with a few thousand of your closest friends. There may have been only 100 “tweeps” in that tent, but many more were following the conversation using the #nasatweetup hashtag (988 according to one metrics site). The people who attended have more than 150,000 followers among them. And many media outlets reported on the event, spreading the excitement even further.

It’s not just “how many?” but “who?” Some web users, no matter how much they’re interested in space, aren’t coming directly to NASA.gov for their news.  There’s a whole generation of web users who get their news and share their interests on social media sites. Engaging with them on Twitter, Flickr, Facebook, YouTube and other sites is bringing the story of NASA to new audiences that may not otherwise connect with us.

Tweeters who came to NASA Headquarters in October got to talk live to the International Space Station, and others have talked with shuttle crews and scientists exploring Mars and Saturn. About a dozen NASA Astronauts are tweeting already, sometimes from orbit. One — Mike Massimino (@Astro_Mike) — has more than a million followers. You can find NASA Twitter accounts and other social media efforts on the NASA Connect page.