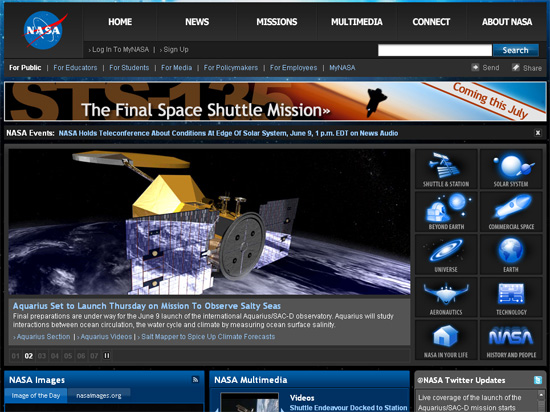 As we prepare for the final space shuttle mission, NASA.gov is planning special coverage for the end of this era. Today, the first element of our special coverage rolls out onto the homepage in the form of a promotional graphic and link to get the latest information about the STS-135 mission and the end of the Space Shuttle Era. Keep checking back as we rollout additional new features and special coverage in the coming days and weeks ahead.

P.S. – Have you read some of the wonderful stories in the Space Shuttle Era section detailing every part of over 30 years of the Space Shuttle Program? If not, you really should. It’ll give you a great many perspectives on the entire monumental program. 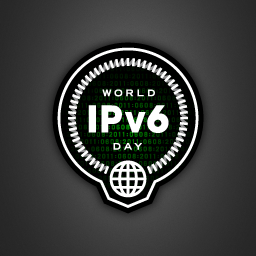 On June 8, NASA joins organizations from across the globe to test out the next generation of the Internet, called Internet Protocol version six or IPv6. As more devices and people come online, the older Internet Protocol version four (IPv4) addresses — those sets of numbers that uniquely identify every device on the Internet — are rapidly running out, making a new series of addresses and protocols necessary. That’s where IPv6 comes in since it uses longer strings of numbers and letters to create new addresses.

Upgrading to IPv6 means we can have far more addresses for the continued growth of the Internet. Nearly 20 years ago, a similar upgrade happened to the telephone system in North America when ten-digit dialing became the norm, which greatly expanded the availability of telephone numbers. This Internet upgrade also presents challenges as entire networks from industry, government and universities must be overhauled to simultaneously support both IPv4 and IPv6 — hence the need for a test day.

Other organizations such as Google, Facebook and Yahoo will be among those participating in World IPv6 Day on June 8 for a 24-hour ‘test flight’ of the new IPv6 running from midnight UTC to midnight UTC a day later. The organizations participating in World IPv6 Day hope that the test will provide the motivation for Internet service providers, hardware makers, operating system vendors and other Web companies to prepare their services for IPv6 and to ensure a successful transition as the old IPv4 addresses run out.

During World IPv6 Day, the following NASA websites will be reachable via IPv6 for 24 hours:

Let us know if you are testing out the IPv6 sites! For more information on World IPv6 Day, please see www.worldipv6day.org.