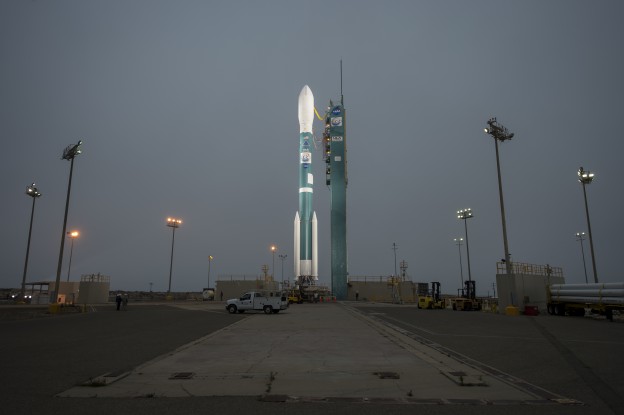 The OCO-2 mission will produce the most detailed picture to date of natural sources of carbon dioxide, as well as their “sinks” — places on Earth’s surface where carbon dioxide is removed from the atmosphere. The observatory will study how these sources and sinks are distributed around the globe and how they change over time.

The launch weather forecast is unchanged with a 100 percent chance of favorable conditions at liftoff, which is targeted for 5:56:23 EDT (2:56:23 PDT) at the opening of a 30-second launch window.