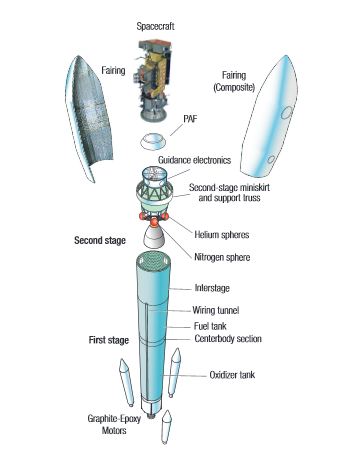 The OCO-2 spacecraft will be delivered to orbit by a Delta II rocket – an industry workhorse with decades of success for NASA missions.

At T-0, the first-stage engine ignites along with the rocket’s three solid-rocket boosters. Its propellants are LOX, which is being loaded now, and a highly refined kerosene called RP-1, which was loaded previously. The second stage runs on hypergolic propellants that ignite on contact. Those propellants are already on board.