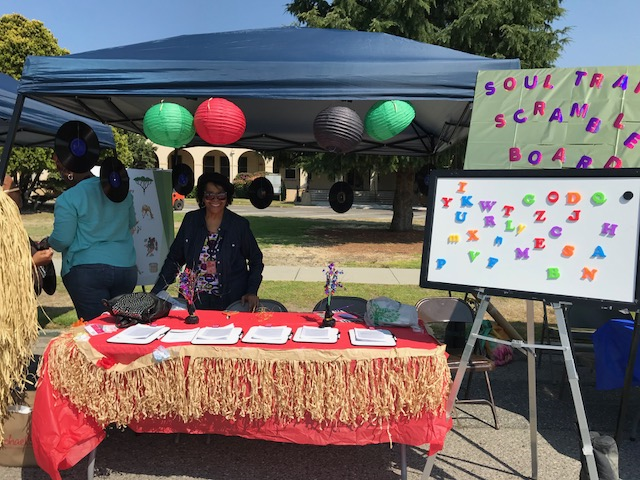 Ames Research Center (ARC) hosted its 7th Annual Diversity and Inclusion Day: “The More the Variety, the Better the Society” on August 9, 2018. D&I Day is a forum to share information about cultures – countries, extracurricular activities, lifestyles, and more. This event coincided with the end-of-the-summer barbecue, safety fair, and student poster session so there was a huge turnout! 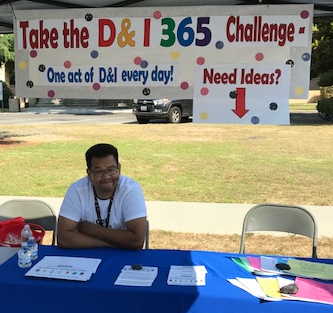 Many groups, such as the Women’s Influence Network, Toastmasters, LGBTQ Advisory Group, American Foundation for Suicide Prevention (AFSP), and Hispanic Advisory Committee for Employees shared about their mission and activities. The Ames Disability Advocates constructed a wheelchair obstacle course to demonstrate the nuances of navigating everyday challenges in a wheelchair. The African American Advisory Group designed a Soul Train-themed tent and games, while the Ames Veteran Committee, in addition to partnering with the AFSP, highlighted military memorabilia. The Asian American Pacific and Islander Advisory group showcased the variety of Asian cultures through traditional clothing, and the Native American Advisory Committee connected with the attendees through pottery, jewelry, and literature like Moonshot: the Indigenous Comics Collection. 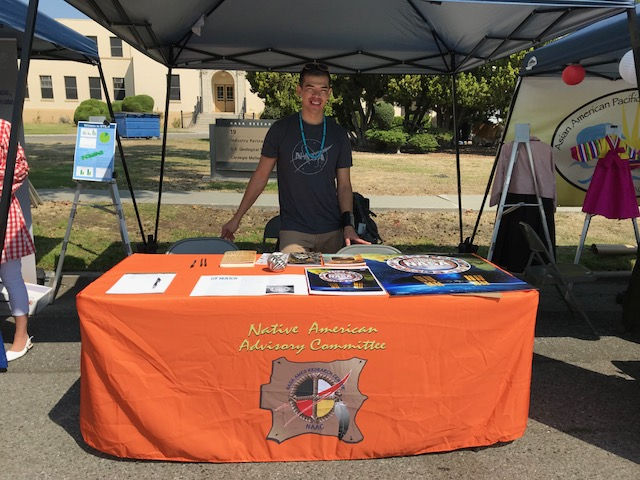 ODEO had several interactive displays, the first of which was “If Ames Had 100 People,” comparing Ames in 1993 to Ames in 2018, and encouraged attendees to question why demographics have changed. ODEO also offered the “D&I 365 Challenge,” which provided participants with a list of 365 diversity and inclusion actions, and challenged them to commit to an act of diversity every day. ODEO appealed to the scientist in everyone with “D+I = You’re Part of the Solution” – a periodic table of diversity elements designed to inspire attendees to think of diversity beyond race or gender. Participants were invited to vote for the most impactful diversity element as a subtle way for ODEO to conduct an employee survey and collect data!