Kennedy Space Center has had some great Diversity and Inclusion events this year, with more still to come! 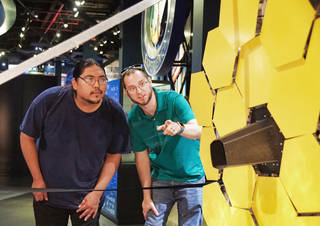 Native American Heritage Initiative (NAHI):
A group of college students and their faculty advisors from Northwest Indian College and Chief Dull Knife College recently toured NASA’s Kennedy Space Center with an opportunity for an up-close look at career opportunities. All were members of winning teams that successfully flew high-powered rockets in the First Nations Launch competition.

The competition is funded by NASA and administered by the Wisconsin Space Grant Consortium. It provides a chance for students to design, build and launch high-powered rockets in the annual competition at Kansasville, Wisconsin:
https://www.nasa.gov/feature/first-nations-launch-winners-briefed-on-aerospace-careers.

Kennedy Networking Opportunities for Women (KNOW):
In March KNOW invited JoAnn Morgan, former Director of External Relations and Business Development Directorate, to be a guest speaker for their Women’s History Month Celebration. In the poster below Ms. Morgan is sitting in the firing room for Apollo 11 launch. (She was the only woman in the firing room for Apollo 11.)
WHM Poster 18 18×24 (005)

KSC’s Lesbian, Gay, Bisexual & Transgender (LGBT) Employees & Allies Network will be participating in a several upcoming pride parades in October including the huge parade in Orlando, “Come Out with Pride.” 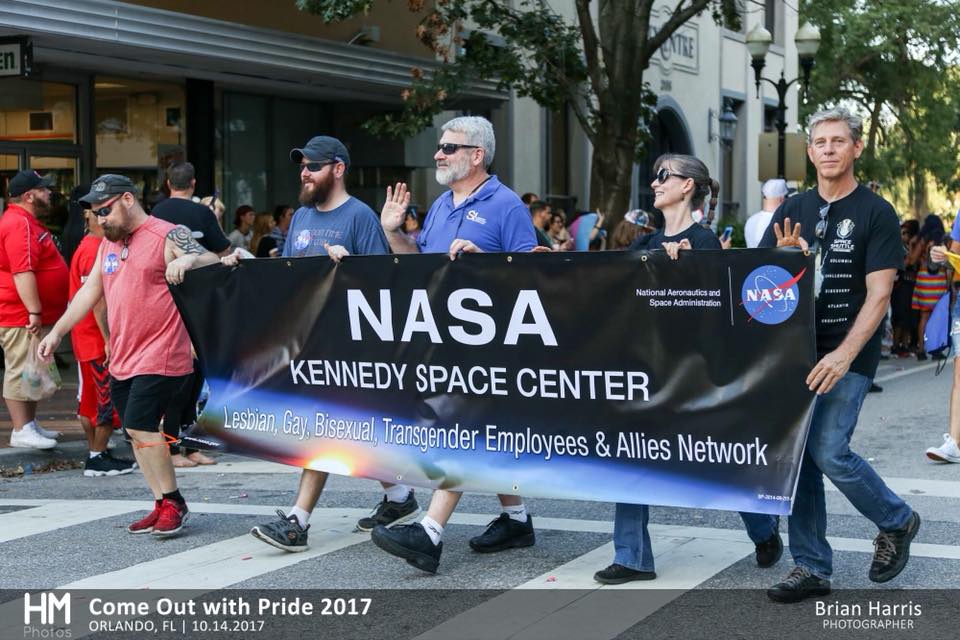 And the Hispanic Outreach & Leadership Alliance (HOLA) will be hosting an event with a guest speaker for Hispanic Heritage Month in October: https://hola.ksc.nasa.gov/. 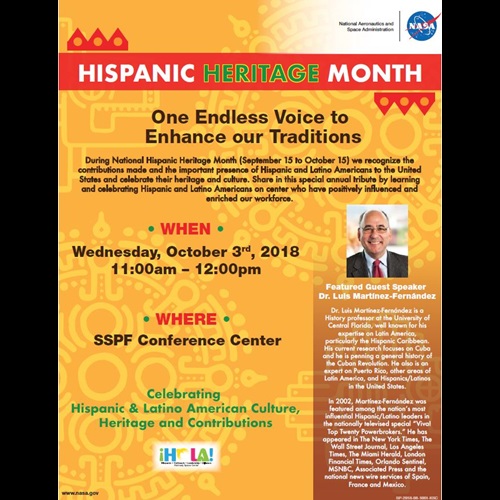 .
Keep up the great work, Kennedy!