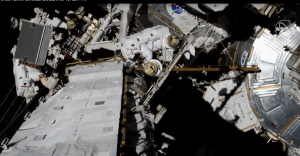 NASA astronauts Jessica Meir and Christina Koch made history by completing the first all-female spacewalk at the International Space Station. This achievement highlights NASA’s continuing efforts toward inclusiveness and the vast contributions of women to the Agency’s mission.

NASA has also unveiled the next-generation spacesuit prototype that will be worn by the first woman on the Moon. The planned spacesuit will have modular components and a sizing adjustment mechanism, to better mix-and-match a full suit configuration for NASA’s increasingly diverse astronauts. This design flexibility aligns with NASA’s Artemis mission to put the first woman and the next man on the Moon by 2024.