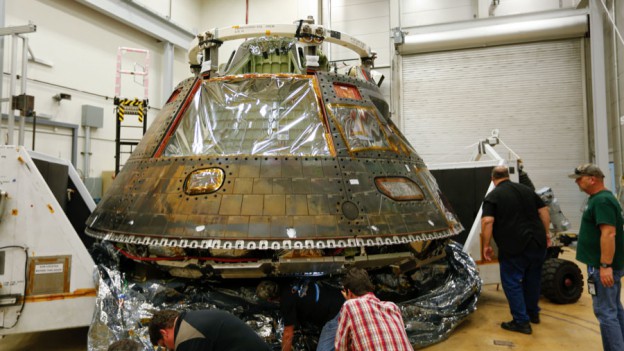 NASA’s Orion spacecraft that flew into space in 2014 has completed its trek from the agency’s Kennedy Space Center in Florida to the Littleton, Colorado, facility of Orion prime contractor Lockheed Martin. Engineers will perform final decontamination of the crew module, continue post-flight analysis and evaluate a new acoustic technology to determine if the method can produce enough energy to simulate the acoustic loads Orion will experience during launch and ascent atop NASA’s Space Launch System rocket. Check out images of Orion and read more about the acoustic testing here. 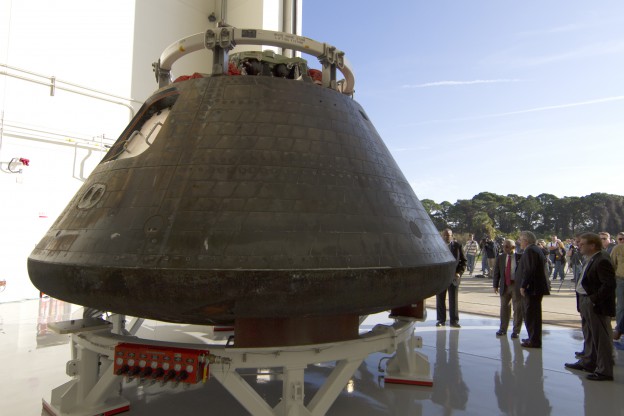 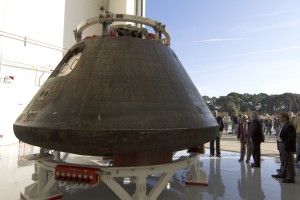 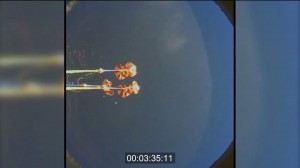 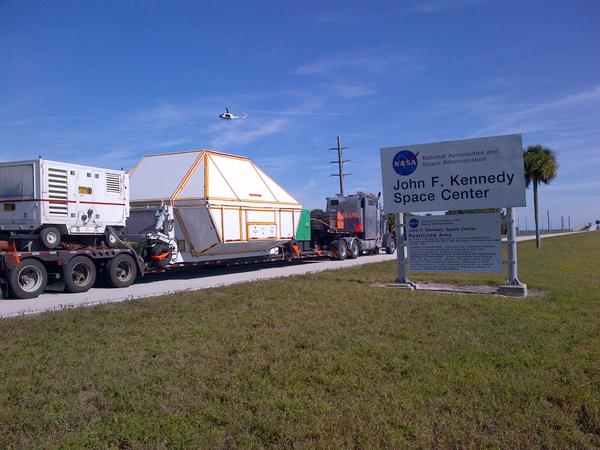 Orion is home! Back at NASA’s Kennedy Space Center following its trip of 3,600 miles up in space, splashdown in the Pacific and a trek across the U.S.

It took a team of divers, handlers and spacecraft specialists from NASA, the U.S. Navy and Lockheed Martin to pull Orion from the sea following the spacecraft’s successful flight test and splashdown in the Pacific Ocean. Read about the work performed Dec. 5 to secure Orion inside the USS Anchorage before bringing the spacecraft back to shore to begin its cross-country  road trip back to Florida. http://go.nasa.gov/1Gpq7CJ 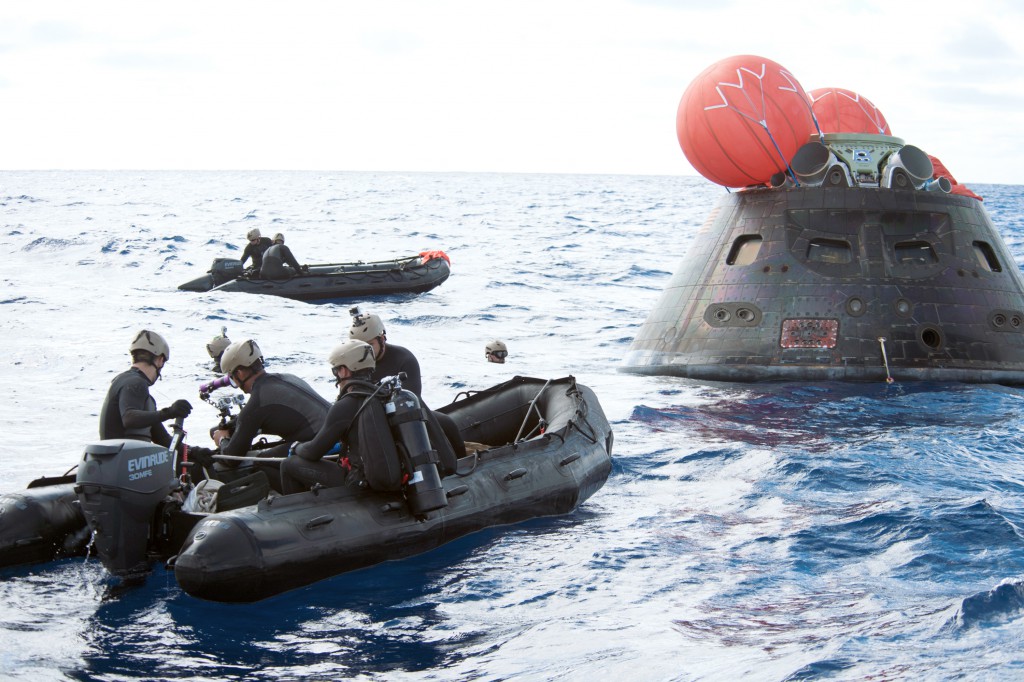 President Obama, speaking to the Senior Executive Service, recognized Julie Kramer White, Orion’s chief engineer, for the successful Orion flight test. He also noted the spacecraft’s mission, saying that “when a human is the first to set foot (on Mars), they will have Julie and her team to thank and at that point, I’ll be out of the presidency and I might hitch a ride.”

The Orion spacecraft was off-loaded from the well deck of the USS Anchorage Monday night after the amphibious ship docked in San Diego. The ship’s crew along with NASA and Lockheed Martin teams retrieved the spacecraft from the Pacific Ocean at the end of the highly successful Orion flight test that saw the Orion fly about 3,600 miles above Earth in a 4.5-hour evaluation of critical systems and mechanisms including jettison events and the ability of the heat shield to stand up to temperatures of 4,000 degrees F. Next up for Orion, a trip cross-country back to NASA’s Kennedy Space Center in Florida. 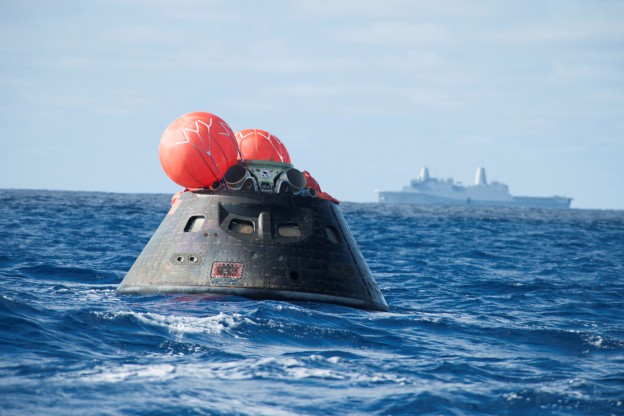 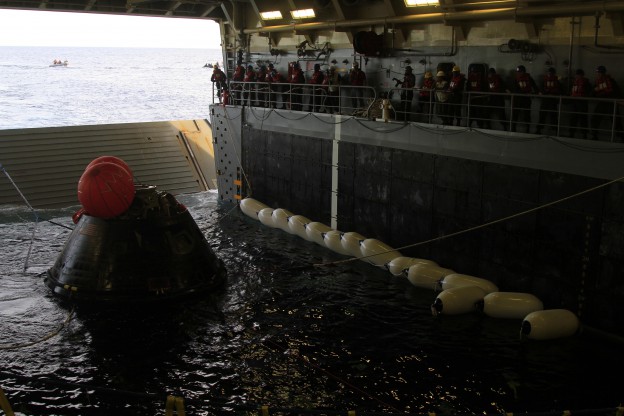