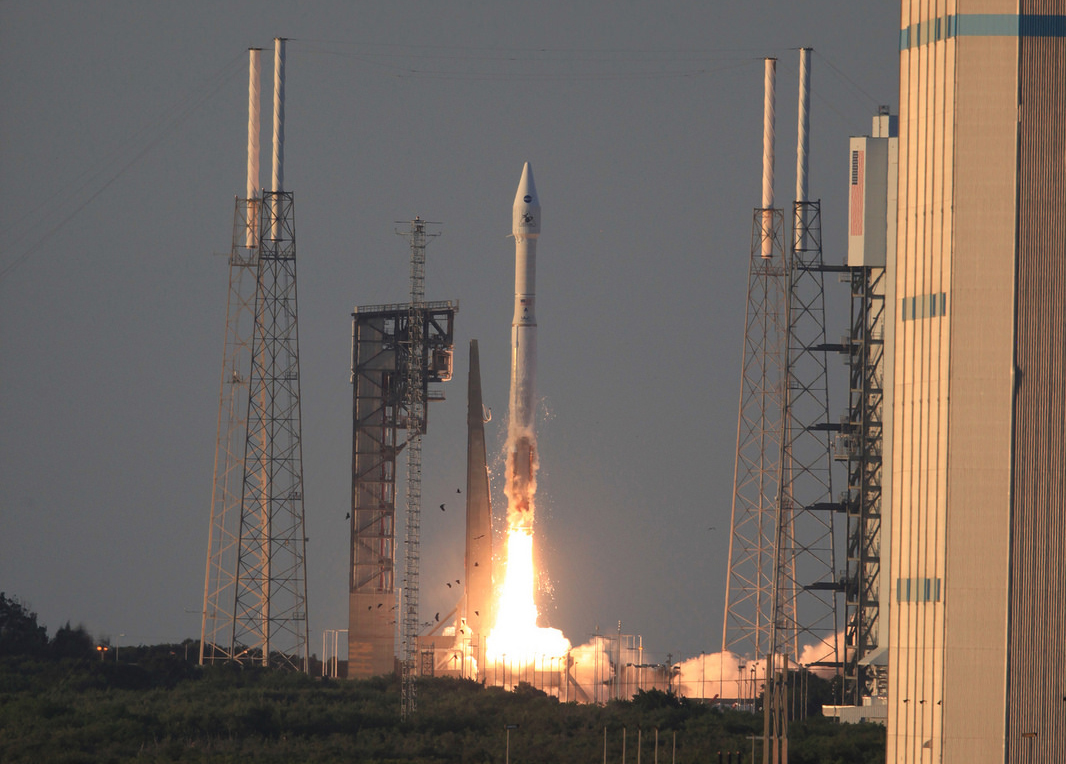 OSIRIS REx’s solar arrays are providing power and the spacecraft is communicating with controllers on Earth, according to Geoffrey Yoder, acting associate administrator of NASA’s Science Mission Directorate in Washington.

“Everything is working thus far,” Yoder reported. “It’s a great day for the space program.”

This concludes live countdown coverage, but stay tuned to NASA TV for a post-launch news conference scheduled for 9 p.m. at NASA’s Kennedy Space Center in Florida.

Visit www.nasa.gov/osiris-rex and www.asteroidmission.org for updates during OSIRIS-REx’s journey to Bennu – and back.

The team has received confirmation that OSIRIS-REx’s two solar arrays have deployed.

“What a terrific performance by the combined Atlas V team,” NASA Launch Manager Tim Dunn told NASA Commentator Mike Curie after the OSIRIS-REx spacecraft separated from the Centaur upper stage, signifying the end of tonight’s launch and the start of the asteroid-sampler’s mission to Bennu.

“Not a single anomaly was worked during the countdown,” Dunn said. “That’s almost unheard of — it’s a launch director’s dream.”

He commended the spacecraft, rocket and launch teams whose thorough preparations led to a very successful countdown and launch, sending OSIRIS-REx off on its mission at the first launch opportunity at 7:05 p.m. tonight.

Flying high above the southern tip of Australia, the OSIRIS-REx successfully separated from the Centaur upper stage, beginning a seven-year mission to travel to the asteroid Bennu and return a sample to Earth.

Next, OSIRIS-REx will “phone home” via the Deep Space Network, and confirm its solar arrays have deployed.

Controllers and mission officials are expecting to see OSIRIS-REx separate from the Centaur in two minutes.

The OSIRIS-REx spacecraft remains attached to the Centaur upper stage following the ride to space that began with liftoff from Space Launch Complex 41 in Florida at 7:05 p.m. EDT. The spacecraft is due to separate from the Centaur at about 8:04 p.m.

The Centaur’s RL-10 engine has cut off for the second and final time. OSIRIS-REx will remain attached for another 15 minutes before it is released at about 8:04 p.m. EDT.

The Centaur engine has reignited for its second and final burn in tonight’s ascent. This burn lasts six minutes, 50 seconds.