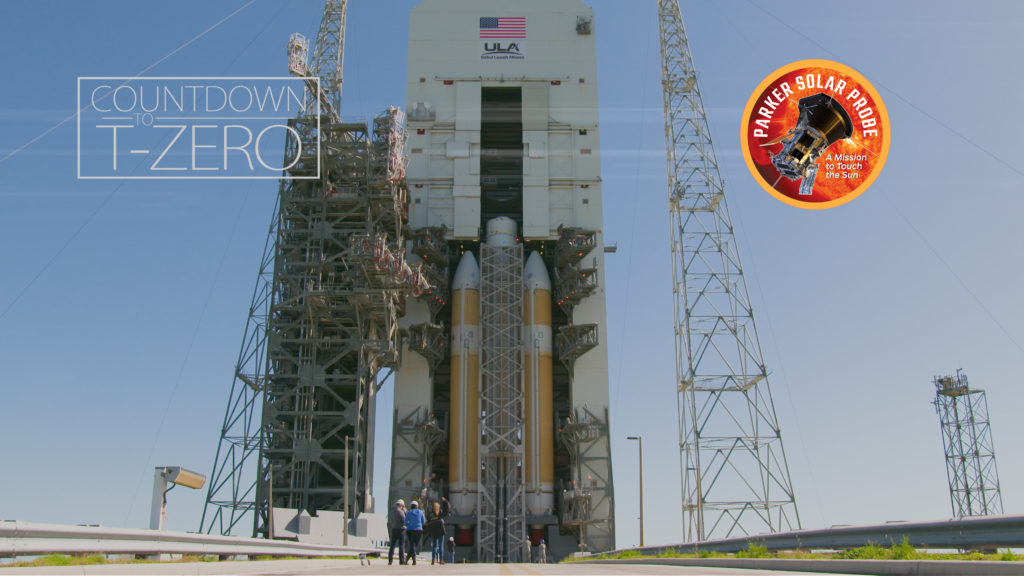 The United Launch Alliance Delta IV Heavy rocket reached another major milestone on the road to T-Zero, as NASA’s Parker Solar Probe is prepared for launch. Stacking the rocket begins with three boosters – the largest components – and continues with the addition of a second stage. A third stage is added to help give NASA’s Parker Solar Probe the extra boost needed to send it far into space and on its way to the Sun. Parker Solar Probe is scheduled to lift off atop the Delta IV Heavy at 3:31 a.m. EDT, at the beginning of a 65-minute launch window, on Aug. 12, from Space Launch Complex 37 at Cape Canaveral Air Force Station in Florida. View the Countdown to T-Zero video at https://youtu.be/JSgNtjoOc4Y.