NASA’s Parker Solar Probe has started its eighth science-gathering solar encounter, putting it one-third of the way through its planned journey of 24 progressively closer loops around the Sun.

Its orbit, shaped by a gravity-assist flyby of Venus on Feb. 20, 2021, will bring the spacecraft closer to the Sun than on any previous flyby. At closest approach, called perihelion, on April 29, Parker Solar Probe will come within about 6.5 million miles (10.4 million kilometers) of the Sun’s surface, while moving faster than 330,000 miles per hour (532,000 kilometers per hour) – breaking its own records for both speed and solar proximity. 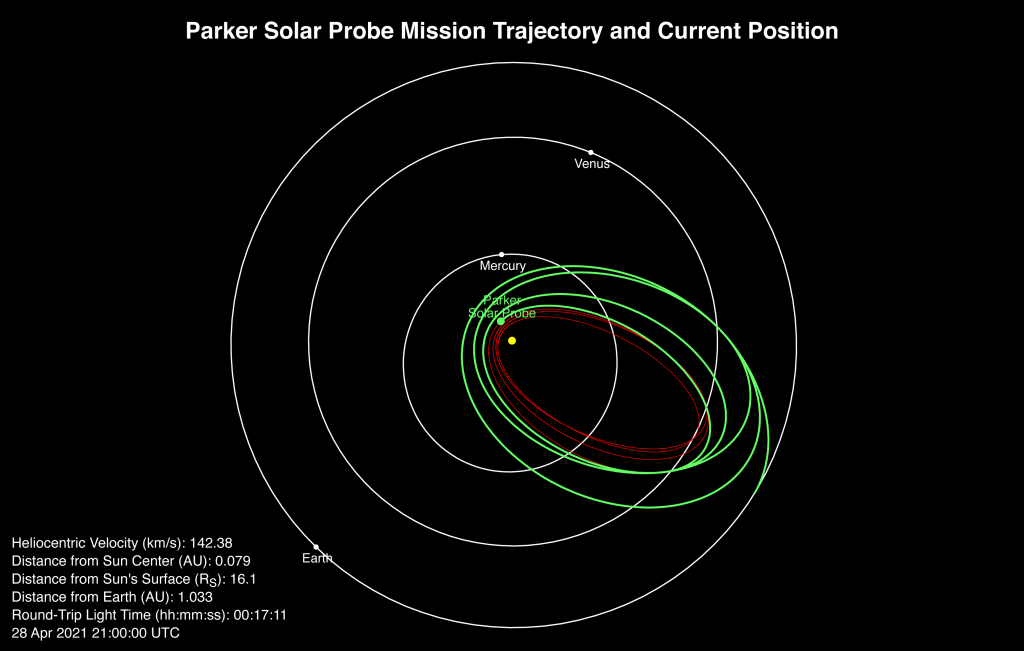 On April 25, the spacecraft radioed a “tone one” beacon to operators at the Johns Hopkins Applied Physics Laboratory, or APL, in Maryland, indicating all systems were normal heading into closest approach. Parker Solar Probe’s four onboard instrument suites are now collecting data on the solar environment and the solar wind as it streams from the Sun, and science data collection will continue through May 4.

Other ground- and space-based observatories will also capture measurements during this solar encounter in coordination with Parker Solar Probe, including a special observing campaign by NASA’s Solar Dynamics Observatory.