Liberty Star, Pegasus and ET-134 are well north of Miami, but moving north much slower than hoped. A much-hoped for pick up from the Gulf Stream has not occurred, apparently a very unusual occurrence for these trips north along the Florida coast.

Sail along with Liberty Star at sea! Windows, streaming 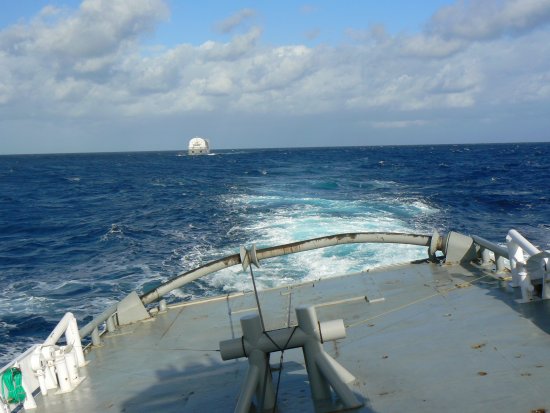 Scenes from a day at sea: looking at Pegasus from the weatherdeck of Liberty Star.
Credit: NASA  View all blog images in this Flickr gallery

A new arrival time at Port Canaveral has been set for Saturday morning, Oct. 24,  7 a.m. Eastern Time. Liberty plans to sail to the eastern edge of the Port Canaveral channel, where it will rendezvous with two tug boats.The tugs will take up the tow/push of Pegasus for the final leg of the trip into and then north along the Banana River and channel to the dock at the turn basin in front of the Vehicle Assembly Building at Kennedy Space Center. 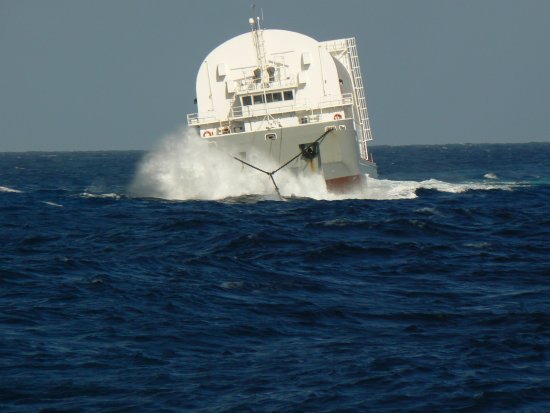 Unfortunately, the delay in return to home port will mean several members of the dedicated, hard-working crew will not have the opportunity to go home over the weekend before sailing Monday for recovery operations associated with the Ares 1-X test flight scheduled for Tuesday, Oct. 27. A wide variety of equipment, including Doppler radar and booster recovery gear, absent from Liberty during external tank towing operations, will have to be returned to the ship for installation. 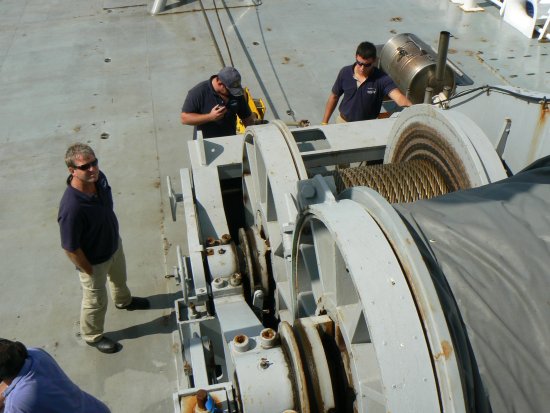 At this point in the trip Liberty, which sailed from home port with 40,000 gallons of diesel fuel, is down to about 13,000 gallons.  Engineer Trish Hershock has already placed an order to replenish the ship in readiness to sail Monday. Cook Dragan Jorkovic has already set his plans for replenishing the crew.

Newly promoted Second Mate Allan (Big Al) Gravina has just supervised on deck shortening the tow of Pegasus from 1,800 feet to about 500 feet. A shortened towing cable reduces the depth of the cable between the two vessels as Liberty moves into more shallow waters at slowed speeds, limiting the possibility of the tow snagging on unreported, underwater obstacles. The way the tow cable rides between the vessels, like a heavy kink of chains between two fence posts, is referred to as the catenary from the Latin word catena. 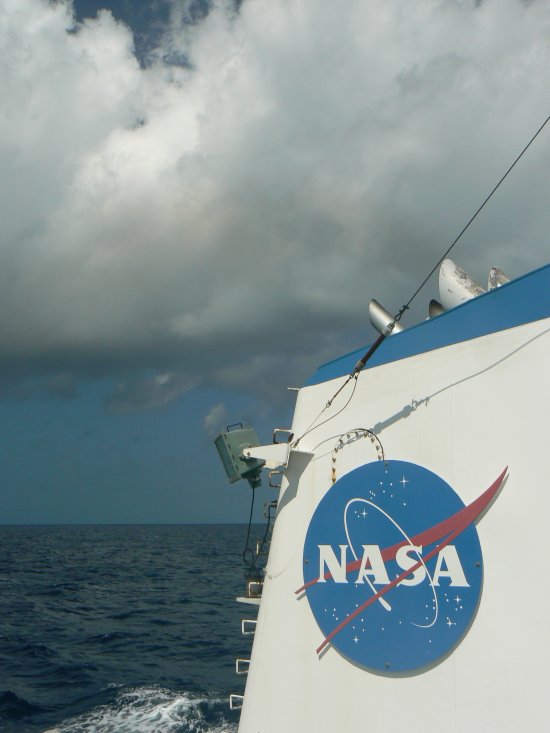 Scenes from a day at sea: Liberty Star and ocean skies. Credit: NASA 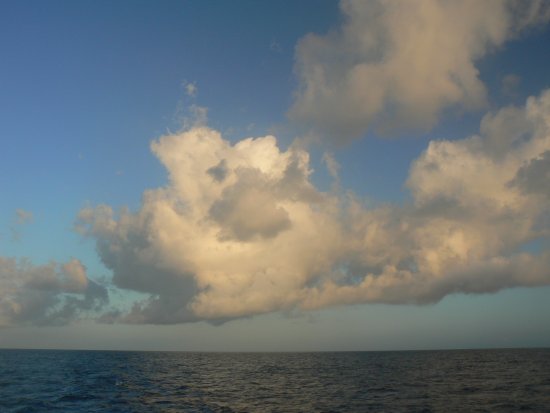 Scenes from a day at sea: mornings clouds over the horizon. Credit: NASA

The watch reports — all is well.

One thought on “Life Aboard Liberty Star”