Today we are passing one of the most famous forts of the Gulf Coast defense system envisioned after the War of 1812 and designed to keep those pesky enemy fleets away from the our favorite beaches of Galveston, Gulf Shores, Pensacola, Panama City and of course Destin. 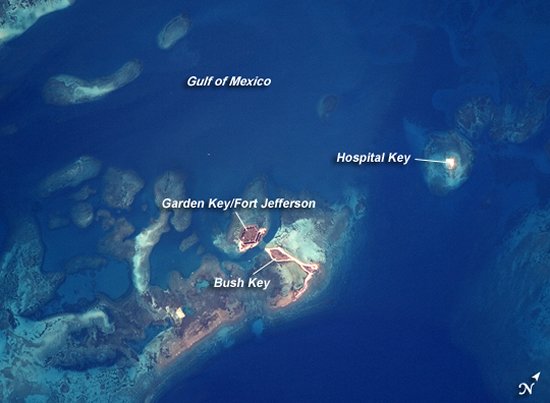 To our east lies the Dry Tortugas and located on one of those islands, Garden Key, is historic Fort Jefferson. Built in the mid-1800’s, with over 16 million bricks, this is America’s largest coastal fort. Originally constructed to protect the important Gulf of Mexico shipping lanes, Fort Jefferson was used as a military prison during and after the Civil War. During this time, it was “home” to Dr. Samuel Mudd, who was convicted of complicity in the assassination of President Abraham Lincoln, but pardoned by President Andrew Johnson in 1869.

The Islands were first discovered by Spanish explorer Ponce De Leon in 1513. It was first named Las Tortugas, The Turtles, due to the abundance of sea turtles. Construction of Fort Jefferson began in 1846 but the fort, which covers 11 of the key’s 16 acres, was never apparently finished. The fort was plagued with construction problems and yellow fever epidemics. The invention of the rifled cannon made the fort obsolete, as its brick walls could be easily penetrated. The Army finally abandoned Fort Jefferson in 1874.

In 1898 the USS Maine made a stop here at Fort Jefferson; then moved on to its rendezvous with destiny at Havana, Cuba. 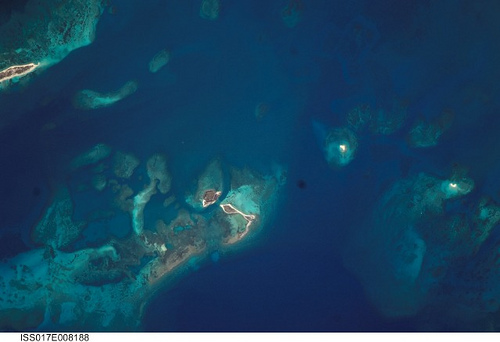 In 1908 the area became a wildlife refuge to protect nesting birds from egg collectors. In 1935 Fort Jefferson was proclaimed as a National Monument but it was not until 1992 that Dry Tortugas was designated a National Park to protect both the historical and natural features. Limited camping is available.  Park officials tell you to bring your own water. I think I’ll go camping there someday. Sounds really great.