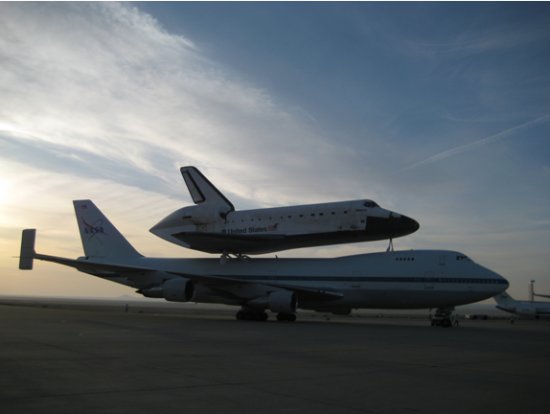 We were up early this morning for the weather briefing (although maybe not as early as I had initially made it seem) and everything is looking good. We are scheduled to take off a little later than we had planned, so we are only going to make one leg of our four-leg trip. 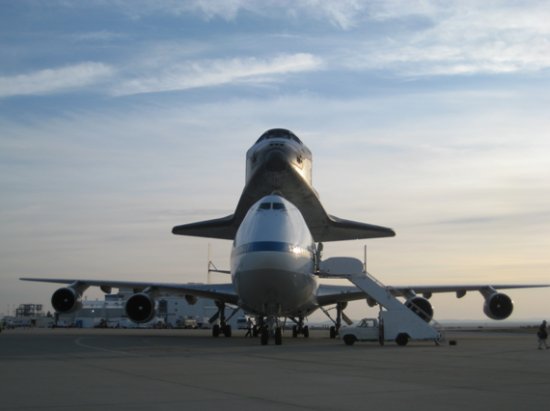 In the comments a lot of you are asking about when we’re leaving and where we’re headed. While tomorrow’s stops are not solid yet, (weather makes us keep plans very fluid), we know today we will leave Edwards at 8:00 PDT, flying south and passing over Lancaster and Palmdale, California. We’ll also be doing a fly-over at Las Cruces, New Mexico. Weather is going to let us go as far as El Paso, Texas today and we’ll see what the schedule is for tomorrow. 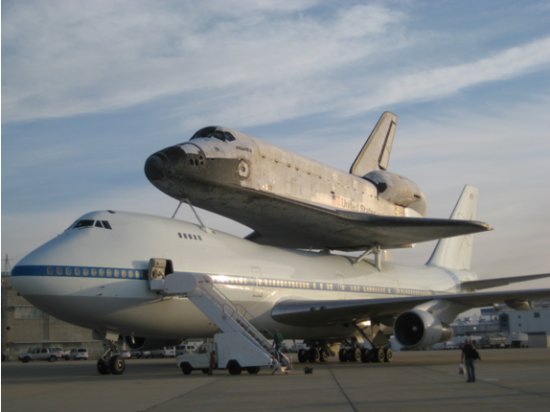 4 thoughts on “By the Dawn's Early Light”