[As you might have been able to guess, access to the Internet can get spotty as you’re hopping from airfield to airfield all across the country. This is the first of two posts I wrote along the way, but wasn’t able to post.] 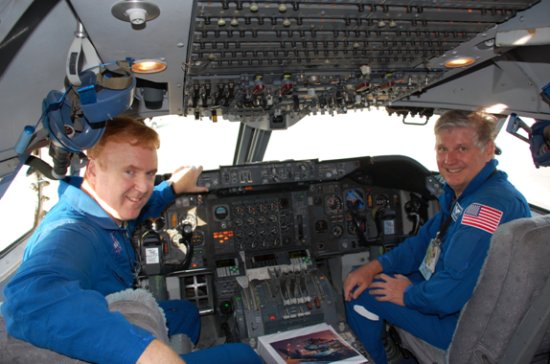 All together we’ve got four NASA pilots flying the SCA 747 this time; Charlie Justiz, Frank Marlow, Jack Nickel and SCA Chief Pilot, Jeff Moultrie. These guys are former military aviators and are based out of Johnson Space Center in Houston, Texas. (We also have one more SCA pilot, Bill Brocket, who’s based out of Dryden. He wasn’t able to make this trip.) Together, these four have logged a whole lot of hours of flight time in everything from shuttle training planes to T-38 jets to the Super Guppy. They definitely know what they’re doing. 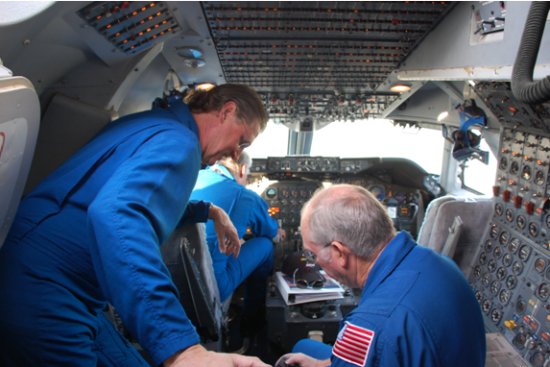 I found out that the number of SCA refueling stops, like this one at Lackland, depends on the weight of the orbiter on top and the weather along the way, but the carrier must stop to refuel at least once on its trip to Kennedy. During a normal flight, the 747 can use 20,000 pounds of fuel an hour. With Atlantis on its back, the SCA uses twice as much! 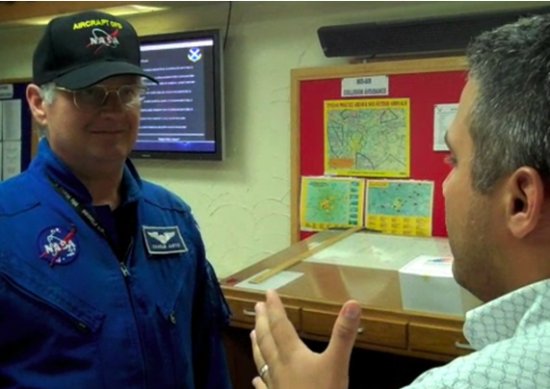 While we had some time here in San Antonio, I had a chat with NASA pilot, Charlie Justiz. I wanted to hear what he had to say about what it takes to fly a 747 with a shuttle strapped to your back.

Here’s a piece of my conversation with Charlie.