“All subsystems are being powered on and checked out as planned,” he said. “Communications, guidance and control, computers and power are all operating nominally.”

The observatory’s instruments won’t be turned on until 11 days after launch, in keeping with the mission’s timeline.

SMAP was boosted into Earth orbit at 9:22 a.m. EST by a United Launch Alliance Delta II rocket after liftoff from Space Launch Complex 2 at California’s Vandenberg Air Force Base.

The ELaNa X auxiliary payload that flew aboard the Delta II also was deployed on time.

And all three ELaNa X missions are flying free now that ExoCube, a space weather satellite consisting of three CubeSat units, has been deployed.

The GEO-CAPE ROIC In-Flight Performance Experiment, or GRIFEX, has successfully separated from the Delta II. GRIFEX is a technology validation mission consisting of three CubeSat units.

The FIREBIRD-II (A and B) payload has been deployed! This is a two-Cubesat space weather project that will study electron microbursts in the Van Allen radiation belts.

SECO-3. The second-stage engine performed a brief burn in preparation for release of the P-PODs.

A camera on the second stage of the Delta II rocket captured this footage as the SMAP spacecraft pushed itself away from the rocket to complete the delivery of the Earth-observing spacecraft to its proper orbit.

NASA Launch Manager Tim Dunn reports all is well with the SMAP spacecraft following a successful countdown and flawless launch this morning from Vandenberg Air Force Base in California.

“We’re in contact with SMAP and everything looks good right now,” Dunn said. “Deployment of the solar arrays is underway. We just couldn’t be happier.”

He went on to compliment the teams that worked in tandem to bring the launch to fruition.

“I just can’t say enough about the team that we have. We had zero launch vehicle problems on Delta II. We had zero spacecraft problems. The 30th Space Wing continues to provide rock-solid support,” he said. “Absolutely spectacular performance from all agencies contributing to the SMAP mission.” 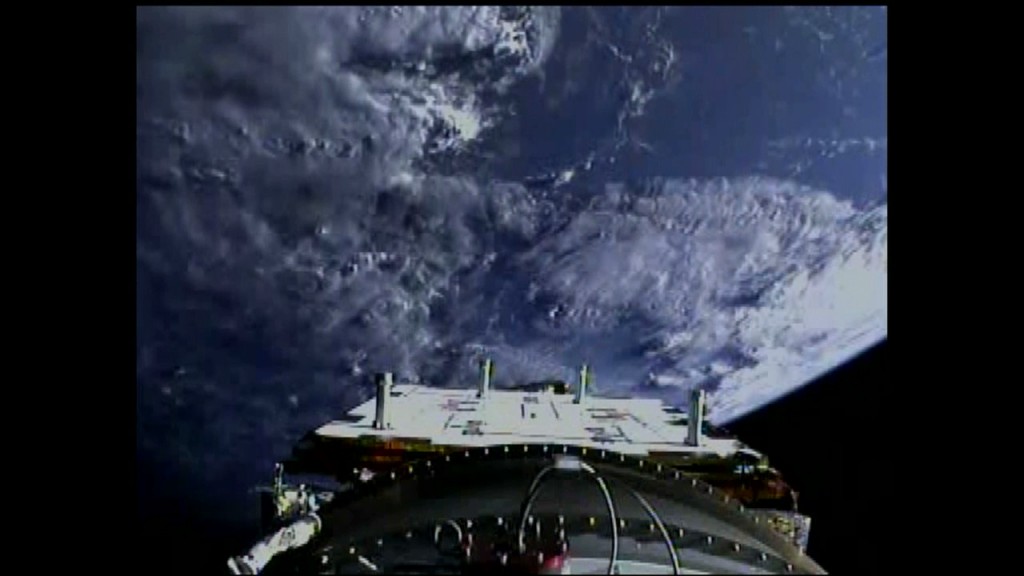 “And there go the arrays,” NASA TV Commentator George Diller said as SMAP’s three-panel solar array began to open. The spacecraft is power-positive.

Deployment of the first CubeSat P-POD, FIREBIRD, is expected in about 45 minutes.

NASA’s SMAP spacecraft is flying solo following a successful separation from the Delta II rocket. This is a 411-by-425-mile injection orbit. During the next few weeks, the spacecraft will make adjustments until it reaches its operational orbit of 426 miles.

Once operational, the observatory will sweep above Earth in a near-polar orbit at an altitude of 426 miles. Its 19.7-foot-wide, rotating antenna will allow the spacecraft to observe a 620-mile-wide swath. This means SMAP will be able to map the planet’s equatorial regions every three days, and the higher latitudes every two days.

The next milestone is the start of solar array deployment.