Check out the ELaNa X fact sheet for specifics on each of these missions. To learn more about the ELaNa project, visit the website.

Valves are opening and cryogenic liquid oxygen is about to begin flowing into the Delta II rocket’s first stage.

After tanking, the occasional puff of gaseous oxygen will be visible outside the rocket’s midsection throughout the remainder of the countdown. This is normal; as the liquid oxygen warms, small amounts of it will boil off and vent away. The tank will be topped off until shortly before liftoff.

The Delta II family of rockets has a lengthy and successful flight history. NASA has relied on various configurations of the Delta II for a number of high-profile missions, such as the Earth-observing Aquarius and Orbiting Carbon Observatory-2, telescopes such as Kepler and WISE, and several Mars missions, including Mars Pathfinder and the Spirit and Opportunity rovers.

On the launch pad this morning is a Delta II-7320. This code tells us this is a rocket from the 7000 series with three solid rocket motors on the first stage, with a second stage, but no third stage required.

The rocket’s first-stage engine, also called the main engine, is the Aerojet Rocketdyne RS-27A. It burns a highly refined kerosene fuel called RP-1 in addition to cryogenic liquid oxygen. The second stage is powered by a restartable Aerojet Rocketdyne AJ10-118K engine that runs on the propellants Aerozine 50 and nitrogen tetroxide. The rocket is topped by a fairing that protects the payload.

RP-1 was loaded into the first stage yesterday evening, and first-stage liquid oxygen loading is planned to begin around 7:35 a.m. 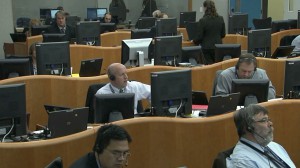 NASA Launch Manager Tim Dunn (in the center of the photo at right) has given his “go” to proceed with loading liquid oxygen into the rocket’s first stage.

“The NASA team is ready for SMAP cryo tanking,” Dunn declared after a quick poll of his team.

The weather forecast continues to look good for launch this morning from Vandenberg Air Force Base. Skies are partly to mostly cloudy, there’s nothing significant on the radar, and winds are light at 9 to 10 knots. There are no watches or warnings in effect, and weather is “green” on all constraints, according to 1st Lt. John Martin of the U.S. Air Force 30th Operations Support Squadron, who’s serving as the launch weather officer for today’s countdown. There is only a 10 percent chance of violation due to the potential for thick clouds. 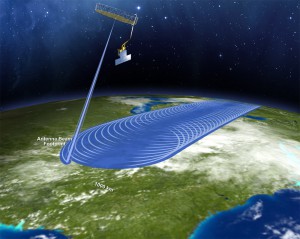 SMAP will produce accurate, high-resolution results through the combined efforts of its two instruments, a radar and a radiometer. The radar emits a signal, then measures the backscatter that bounces back from Earth. The radiometer, on the other hand, simply records the microwave signal our planet naturally emits. “Active Passive” in the mission’s name refers to these two instruments: one active, one passive.

The observatory will sweep above Earth in a near-polar orbit at an altitude of 426 miles. Its 19.7-foot-wide, rotating antenna will allow the spacecraft to observe a 620-mile-wide swath. This means SMAP will be able to map the planet’s equatorial regions every three days, and the higher latitudes every two days.

NASA’s Jet Propulsion Laboratory in Pasadena, California, built the spacecraft and is responsible for the radar instrument, mission operations and other functions. The agency’s Goddard Space Flight Center in Greenbelt, Maryland, is responsible for the radiometer. Launch operations are managed by the NASA Launch Services Program, headquartered at Kennedy Space Center in Florida.

Think for a moment about the soil beneath your feet or outside your window. It is damp, dry, or frozen? Maybe it’s flood-prone, or dry to the point of cracking. Locally and globally, soil moisture matters.

Water in Earth’s soil represents only a small percentage of our planet’s total quantity of water. But food crops are grown in soil. Water and heat are exchanged between the ground and the atmosphere, affecting our weather. Disasters such as floods, landslides, droughts and wildfires are influenced by the amount of water already present — or lacking — in the ground in affected areas. 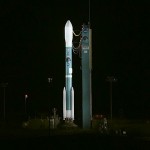 NASA’s Soil Moisture Active Passive observatory is nearly ready for its ride into Earth orbit aboard a United Launch Alliance Delta II rocket. Countdown activities are in progress at Space Launch Complex 2 on California’s Vandenberg Air Force Base. Liftoff is slated for 6:20 a.m. PST, 9:20 a.m. EST, the opening of a three-minute launch opportunity. Forecasters predict an 90 percent chance of favorable conditions at launch time, with the potential for thick clouds as the main concern.

SMAP is a three-year mission to study and map the moisture locked in Earth’s soil. Soil moisture has an important role in our lives here on the ground — it regulates plant growth and has impacts on weather, emergency management and more.

Also flying on the Delta II today is Educational Launch of Nanosatellite X, or ELaNa X, an auxiliary payload containing four CubeSats. They’ll be deployed from the rocket’s second stage after SMAP is released.

Since today’s blog originates from Hangar AE at Cape Canaveral Air Force Station in Florida, times will be given in Eastern from now through the end of live coverage. 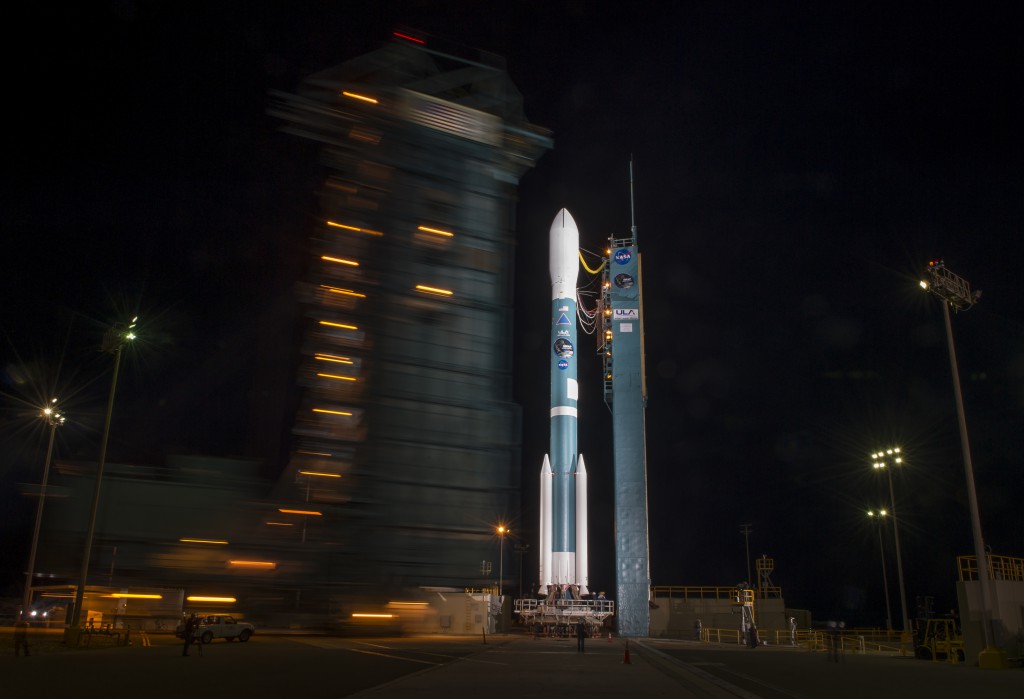