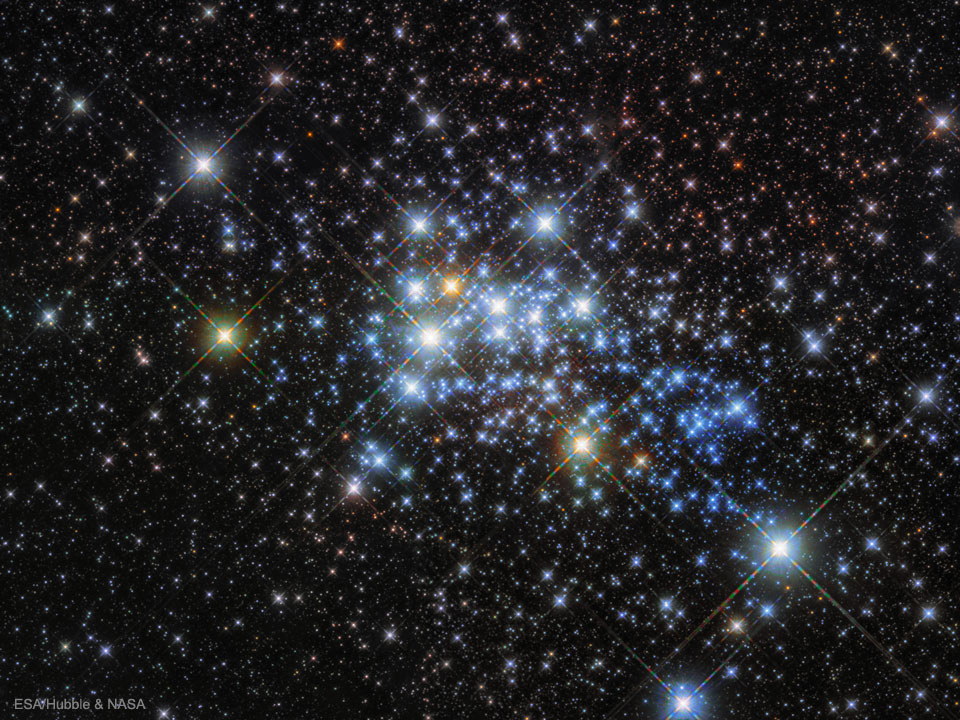 Image of young star cluster Westerlund 1 taken by the Hubble Space Telescope toward the southern constellation of the Altar. Westerlund 1 is home to a variety of the largest and most massive stars known, including red, yellow, and blue supergiants as well as an exotic object known as a magnetar. Westerlund 1 is relatively close-by for a star cluster, at a distance of 15,000 light years, giving astronomers a good laboratory to study the development of massive stars. Credit: ESA/Hubble & NASA