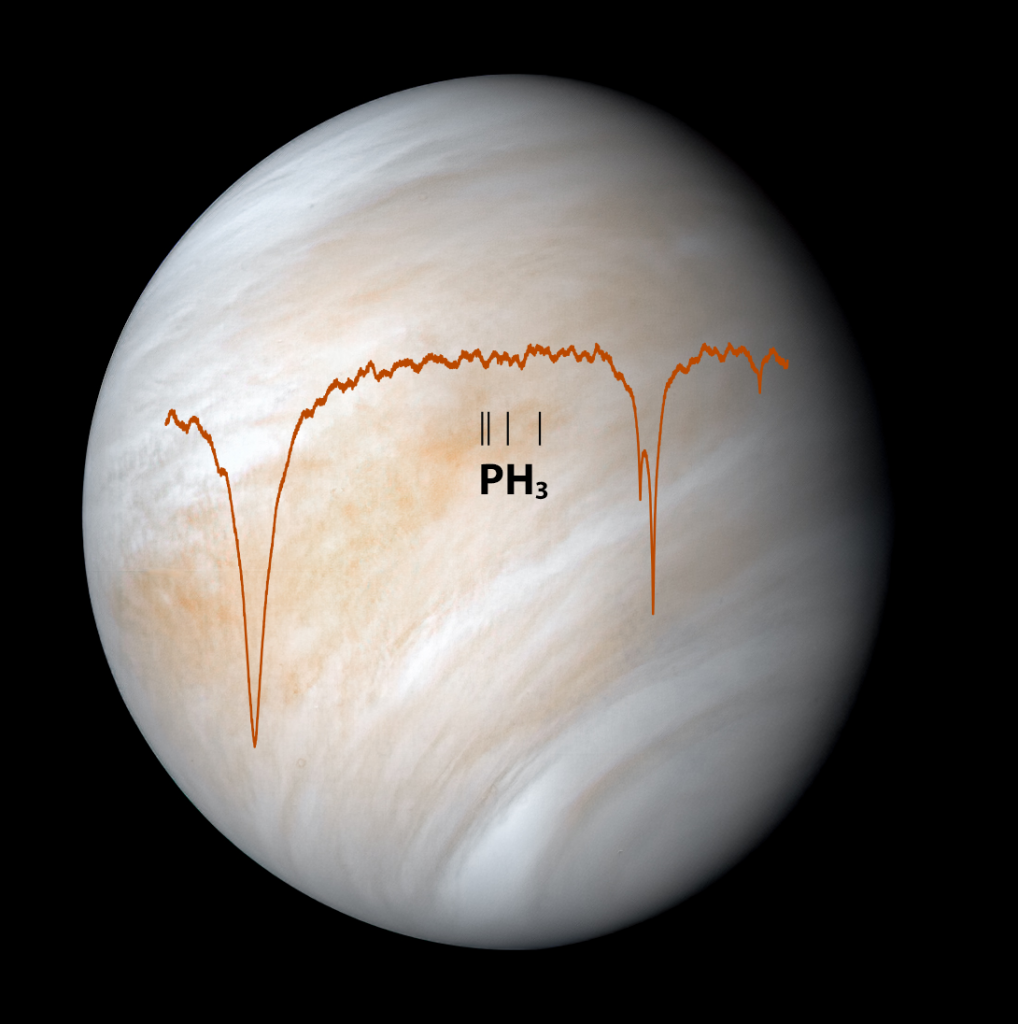 The spectral data from SOFIA overlain atop this image of Venus from NASA’s Mariner 10 spacecraft is what the researchers observed in their study, showing the intensity of light from Venus at different wavelengths. If a significant amount of phosphine were present in Venus’s atmosphere, there would be dips in the graph at the four locations labeled “PH3,” similar to but less pronounced than those seen on the two ends. Credit: Venus: NASA/JPL-Caltech; Spectra: Cordiner et al.