The International Space Station saw a pair of space freighters leave while two more resupply ships were moved to their launch site waiting for liftoff this week. Europe’s Automated Transfer Vehicle-5 fired its engines this afternoon to move the station away from a possible conjunction with some satellite debris.

View upcoming launches to the station

Meanwhile, the six member Expedition 41 crew is moving right along with station housekeeping and an array of advanced science to improve life on Earth and in space.

The spacecraft is returning 3,276 pounds of NASA cargo and science samples from the International Space Station. A boat will take the Dragon spacecraft to a port near Los Angeles, where some cargo will be removed and returned to NASA within 48 hours. Dragon will be prepared for a return journey to SpaceX’s test facility in McGregor, Texas, for processing.

The mission was the fourth of 12 cargo resupply trips SpaceX will make to the space station through 2016 under NASA’s Commercial Resupply Services contract.

The SpaceX Dragon cargo spacecraft was released from the International Space Station’s robotic arm at 9:57 a.m. EDT. The capsule will begin a series of departure burns and maneuvers to move beyond the 656-foot (200-meter) “keep out sphere” around the station and begin its return trip to Earth. The capsule is currently scheduled to splashdown in the Pacific Ocean at 3:39 p.m., about 265 miles west of the Baja peninsula. 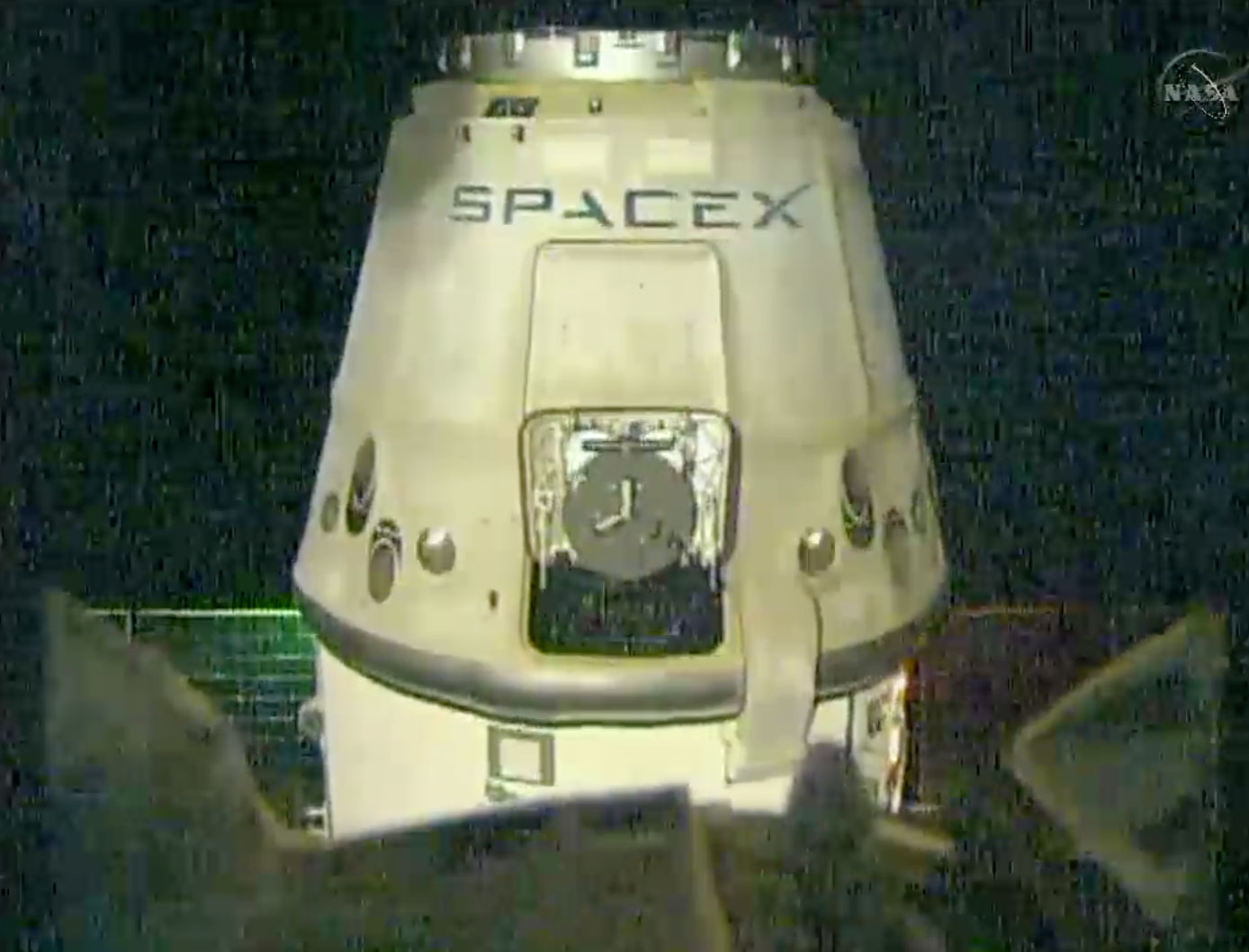 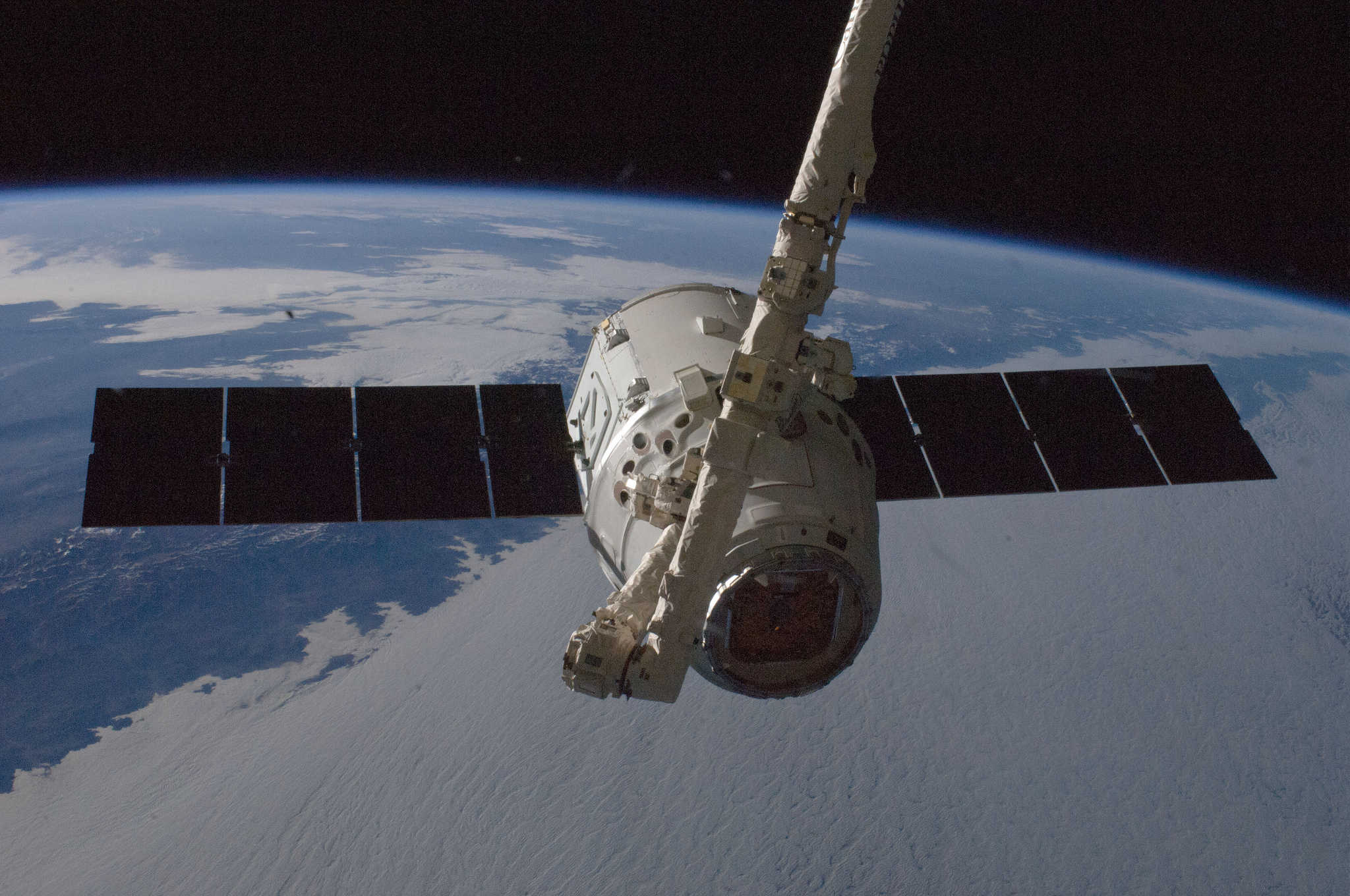 The highway traffic to and from the International Space Station gets busy Saturday and the six crew members of Expedition 41 are working feverishly to manage the traffic flow.

Final packing of the commercial Space Exploration Technologies Corp (SpaceX) Dragon was completed and the hatch closed ahead of Saturday’s unberthing and departure. Release is planned for 9:56 a.m. EDT and splashdown in the Pacific Ocean west of Baja California is scheduled for about 3:30 p.m.

While the crew completed packing of experiment samples and equipment aboard Dragon for return to Earth, at NASA’s Wallops Flight Facility off the coast of Virginia, another commercial rocket – Orbital Sciences Corp.’s Antares with its Cygnus cargo craft – was rolled to the launch pad for final preparations leading to launch at 6:45 p.m. Monday. Plans are for Cygnus arrival at the station Sunday, Nov. 2, with berthing to the same Harmony module docking port that will be vacated by Dragon.

Two Russian cargo vehicles also will be making moves when Progress 56 undocks early Monday at 1:38 a.m., completing more than three months of service at the station. It will undergo several weeks of engineering tests by Russian flight controllers before being deorbited over the Pacific on Wednesday, Nov. 19. That departure frees the Pirs Docking Compartment for arrival of the next Russian cargo vehicle, Progress 57, which is set for launch at 3:09 a.m. Wednesday, Oct. 29, with docking to Pirs six hours later at 9:09 a.m.

Three of the crew members also are beginning preparations to return home after 165 days in space. Expedition 41 Commander Max Suraev and Flight Engineers Reid Wiseman and Alex Gerst will return home aboard their Soyuz TMA-13M spacecraft on the evening of Sunday, Nov. 9.

That leaves the other three crew members to transition to Expedition 42, which will be led by Barry Wilmore. He will command the expedition that includes Alexander Samokutyaev and Elena Serova until next March. They’ll enjoy a Thanksgiving delivery of three more crew members – Anton Shkaplerov, Samantha Cristoforetti and Terry Virts – on Sunday, Nov. 23.

Astronauts Reid Wiseman and Alexander Gerst took turns Thursday scanning each other’s eyes with an Ultrasound. NASA astronaut Barry Wilmore checked out a hardware and control panel that will be used to communicate with the Cygnus private space freighter after it launches Oct. 27.