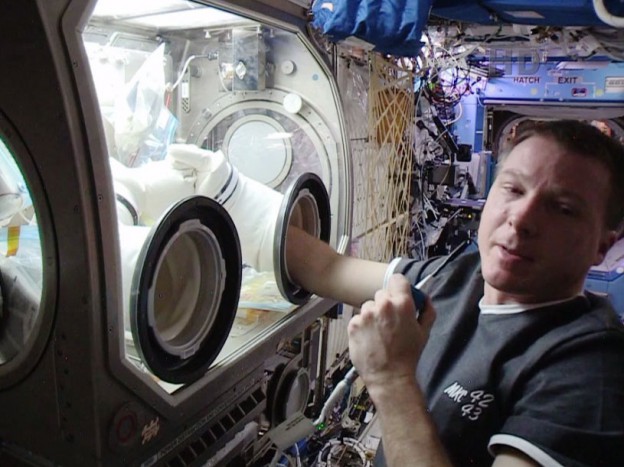 The International Space Station residents were back at work Thursday after an ammonia leak indication sent the crew over to the Russian segment. Flight controllers determined there was no leak and NASA managers allowed the crew to resume normal activities and open the U.S. segment back up.