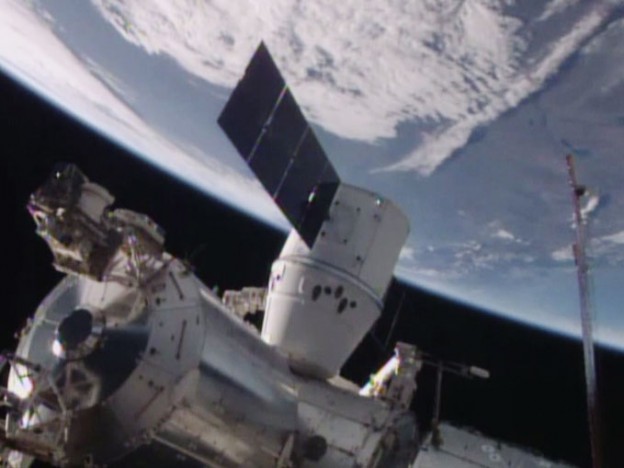 Following its capture, the SpaceX Dragon cargo ship is being maneuvered by ground controllers operating the International Space Station’s robotic arm for installation onto the Earth-facing port of the Harmony module.

Operations are progressing ahead of schedule, so NASA Television coverage will resume at 8:45 a.m. EDT at https://www.nasa.gov/nasatv.

Expedition 43 Flight Engineer Samantha Cristoforetti of the European Space Agency is at the robotic work station in the orbiting complex’s cupola. Expedition 43 Commander Terry Virts of NASA is assisting her.