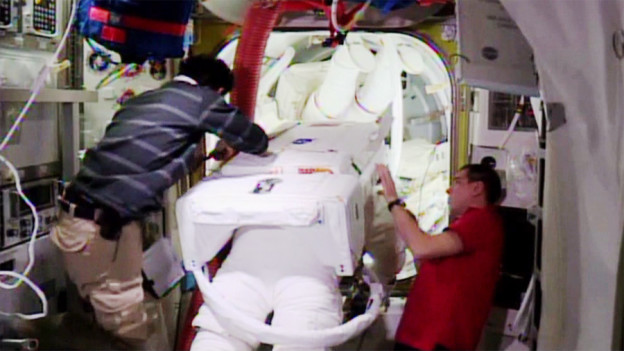 The first tasks for the astronauts will be to install a thermal cover over a dark matter detection experiment, the Alpha Magnetic Spectrometer, and to remove a piece of thermal insulation from a power switching unit to facilitate its robotic replacement in the future.