The International Space Station residents are gearing up to host the Orbital ATK Cygnus space freighter when it arrives Dec. 6. On the ground, a new trio of Expedition 46-47 crew members headed to their launch site at the Baikonur Cosmodrome in Kazakhstan before their mid-December mission.

NASA astronauts Scott Kelly and Kjell Lindgren trained for the rendezvous and robotic capture of Cygnus after its Dec. 3 launch from the Kennedy Space Center. The Cygnus will deliver supplies for the crew and new science experiments Dec. 6 when it is captured and berthed to the Unity module.

Three new station crew members are in the final stage of their mission training before beginning a six-month mission to the orbital laboratory. First-time British astronaut Timothy Peake will join veteran station residents Yuri Malenchenko and Timothy Kopra inside the Soyuz TMA-19M spacecraft for a six-hour ride to the space station set for Dec. 15.

Meanwhile, advanced space science continued today as the crew explored radiation, blood circulation and microbes living on crew members. Scientists hope to use the results from the many experiments on the station to benefit people on Earth and future crews. 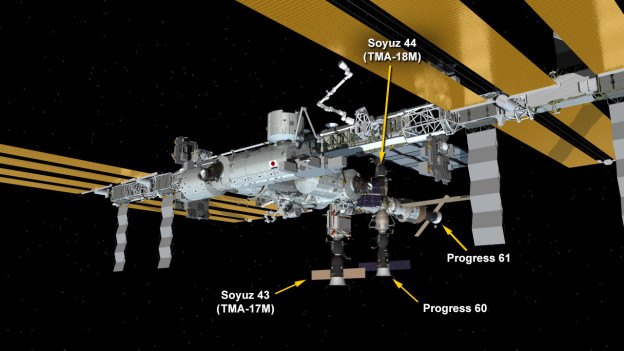 The next cargo mission to the International Space Station is set to launch Dec. 3 at 5:55 p.m. EST.  The Orbital ATK Cygnus commercial cargo craft will arrive Dec. 6 when it will be grappled with the Canadarm2 and berthed to the Unity module.

Commander Scott Kelly joined Flight Engineers Kjell Lindgren and Kimiya Yui and trained for Cygnus arrival. They used computer training software and practiced the rendezvous and grapple techniques they will use while operating the Canadarm2 from inside the cupola.

The crew was back at work Monday conducting more science to benefit life on Earth and astronauts in space. They explored a variety of subjects including human research, botany and physics. 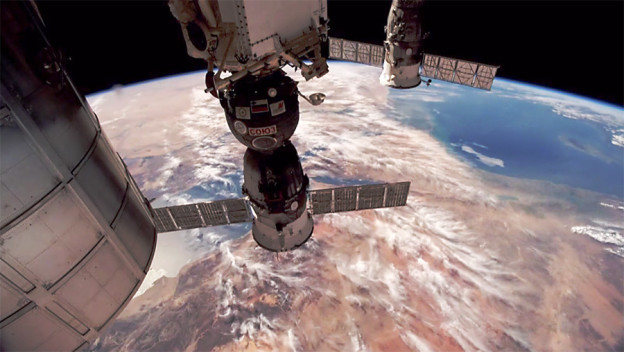 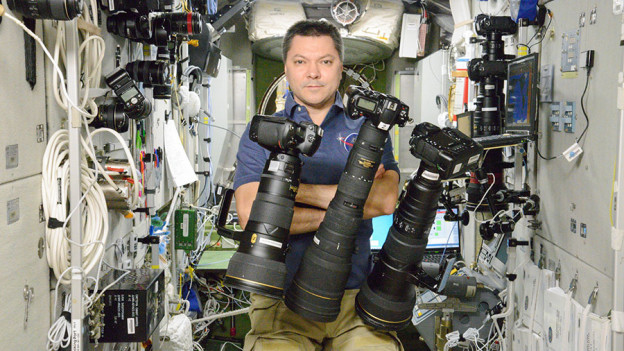 Cosmonaut Sergey Volkov explored the effect of micro-vibrations in the Russian segment of the station. He also explored the relationship between a crew and Mission Control during a long term spaceflight. One-Year crew member Mikhail Kornienko studied chemical reactions in Earth’s upper atmosphere. He, Volkov and cosmonaut Oleg Kononenko also worked on Russian cleaning and maintenance tasks. 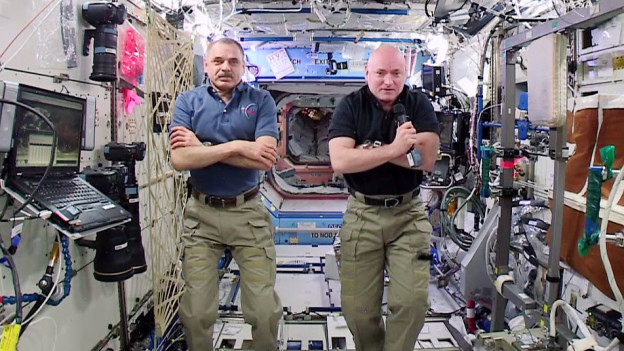 The six-member Expedition 45 crew paused for a minute of silence today in tribute to the victims of Friday’s terrorist attacks in Paris. Flight Engineer Kjell Lindgren bowed his head in the middle of experiment work while Commander Scott Kelly said the crew “was shocked and saddened” by the events.

Engineers continued to troubleshoot station systems after 1 of the 8 station power channels went down last Friday. There were no impacts to crew activities, the station maintained orbital control and communications remained in good condition. Ground teams are discussing future repair plans and are currently able to manage the power balance for the foreseeable future.

The orbital residents kicked off Monday with the Veggie botany experiment as NASA learns to grow food in space. There were more vision and blood pressure checks helping scientists understand microgravity’s effects on vision. As usual, the crew also continued the upkeep of the orbital laboratory with some plumbing work, battery replacements and cleaning duties. 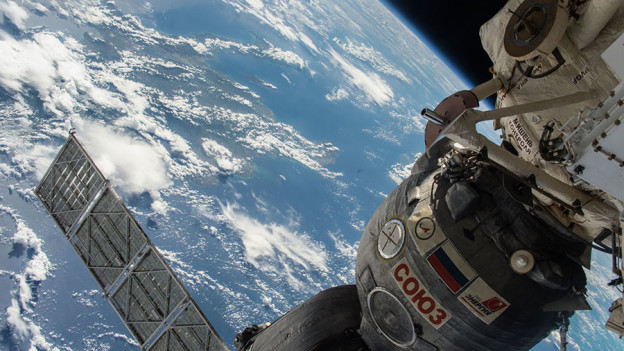 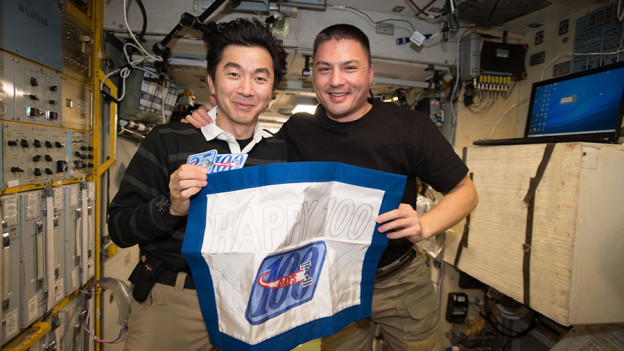 A trio of astronauts are still cleaning up after last week’s spacewalk outside the International Space Station. The cosmonauts are working on their suite of advanced space science and maintenance tasks. Also, the crew is preparing for the launch of the next Orbital ATK commercial cargo mission targeted for Dec. 3.

Kelly and Yui also partnered together to ready the station for the arrival of the Orbital ATK Cygnus cargo craft. The duo reviewed installation procedures for the Nitrogen Oxygen Recharge System scheduled to be delivered aboard the Cygnus. 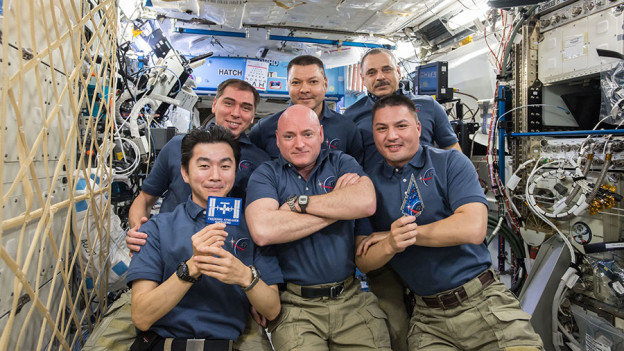 NASA astronauts Scott Kelly and Kjell Lindgren cleaned up the International Space Station’s Quest airlock over the weekend after completing two spacewalks over nine days. The rest of the Expedition 45 crew started the work week with a series of ongoing science experiments to improve life on Earth and for future crews.

Japanese astronaut Kimiya Yui who assisted Kelly and Lindgren during their two spacewalks took some time off and relaxed Monday with the duo. However, the trio had their daily workouts and collected blood samples for stowage in a science freezer. Kelly also joined Kornienko for interviews with ABC’s “The View” and ITV News.