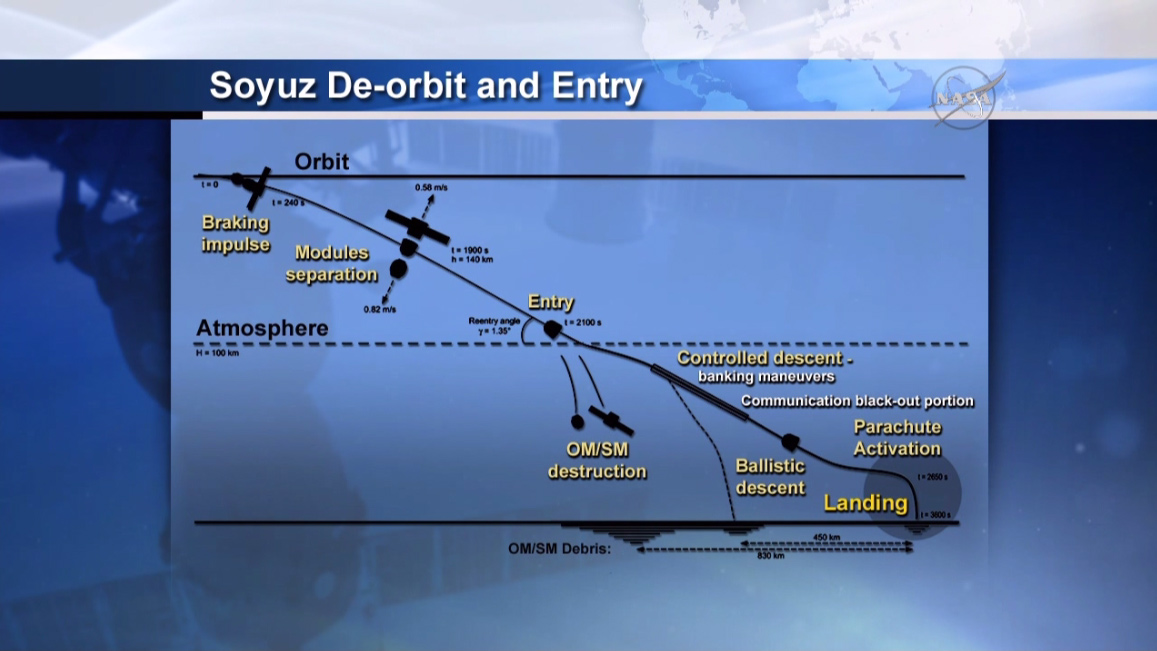 NASA TV coverage continues and can also be viewed online at https://www.nasa.gov/nasatv.

Weather has deteriorated at the landing site, so the search and recovery forces will expedite the crew’s removal from the landing site. Rather than setting up and tending to the crew members in a medical tent at the landing site, the teams will quickly load them into waiting helicopters for a flight to Dzhezkazgan instead of Karaganda. From Dzhezkazgan, Lindgren and Yui will depart for a return to NASA’s Johnson Space Center in Houston while Kononenko returns to the Gagarin Cosmonaut Training Center in Star City, northeast of Moscow.

2 thoughts on “Soyuz Fires Engines for Return to Earth”