The Soyuz spacecraft carrying NASA astronauts Nick Hague and Christina Koch, and cosmonaut Alexey Ovchinin of Roscosmos docked to the International Space Station at 9:01 p.m. EDT while both spacecraft were flying about 250 miles over the Pacific Ocean just west of Peru. Expedition 59 officially began at the time of docking.

Aboard the space station, NASA astronaut Anne McClain, Expedition 59 Commander Oleg Kononenko of Roscosmos, and David Saint-Jacques of the Canadian Space Agency will welcome the new crew members when the hatches between the two spacecraft are opened following standard pressurization and leak checks.

The crew members will spend more than six months conducting about 250 science investigations in fields such as biology, Earth science, human research, physical sciences, and technology development. Seventy-five of the investigations are new and have never been performed in space. Some of the investigations are sponsored by the U.S. National Laboratory on the space station, which Congress designated in 2005 to maximize its use for improving quality of life on Earth.

Highlights of upcoming investigations the crew will support include devices that mimic the structure and function of human organs, free-flying robots, and an instrument to measure Earth’s distribution of carbon dioxide.

Watch the hatch opening and welcome ceremony to follow live on NASA TV and the agency’s website beginning at 10:30 p.m.

After making 18 orbits of Earth since its launch early Saturday morning, the Crew Dragon spacecraft successfully attached to the International Space Station’s Harmony module forward port via “soft capture” at 5:51 a.m. EST while the station was traveling more than 250 miles over the Pacific Ocean, just north of New Zealand.

As the spacecraft approached the space station, it demonstrated its automated control and maneuvering capabilities by arriving in place at about 492 feet (150 meters) away from the orbital laboratory then reversing course and backing away from the station to 590 feet (180 meters) before the final docking sequence from about 65 feet (20 meters) away.

The Crew Dragon used the station’s new international docking adapter for the first time since astronauts installed it during a spacewalk in August 2016, following its delivery to the station in the trunk of a SpaceX Dragon spacecraft on its ninth commercial resupply services mission.

For the Demo-1 mission, Crew Dragon is delivering more than 400 pounds of crew supplies and equipment to the space station. A lifelike test device named Ripley also is aboard the spacecraft, outfitted with sensors to provide data about potential effects on humans traveling in Crew Dragon.

The Crew Dragon is designed to stay docked to station for up to 210 days, although the spacecraft used for this flight test will remain docked to the space station only five days, departing Friday, March 8.

Opening of the Crew Dragon hatch will air on NASA Television and the agency’s website beginning at 8:30 a.m. 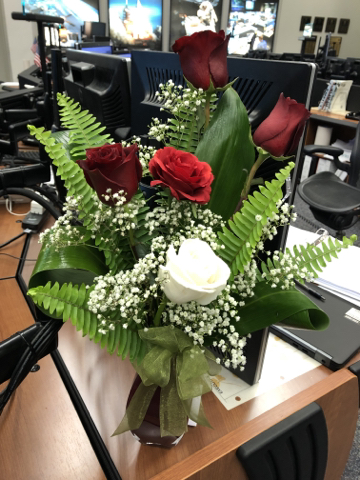