The International Space Station crew is gearing up for a couple of spacewalks to service and upgrade the orbital laboratory. Meanwhile, the crew is also working long-term life science to improve life on Earth and in future space crews.

The U.S. Quest airlock is getting busy as NASA astronauts Scott Kelly and Kjell Lindgren get their spacesuits and tools ready for a pair of spacewalks set for Oct. 28 and Nov. 26. They are checking their suit electronics and safety systems and also building custom tools.

The first spacewalk is set to last six-hours and 30-minutes after Kelly and Lindgren set their spacesuits to battery power. The duo will exit Quest to place a thermal cover over a dark matter detection experiment, lubricate the 57.7 foot Canadarm2 robotic and route power cables for a future docking port.

The entire crew still continued the work of on-orbit science, the primary purpose of the space station. Cosmonaut Mikhail Kornienko, along with Kelly and Lindgren performed cardiac scans with an ultrasound for the Ocular Health study. Japanese astronaut Kimiya Yui set up a mouse habitat inside the Cell Biology Experiment Facility. 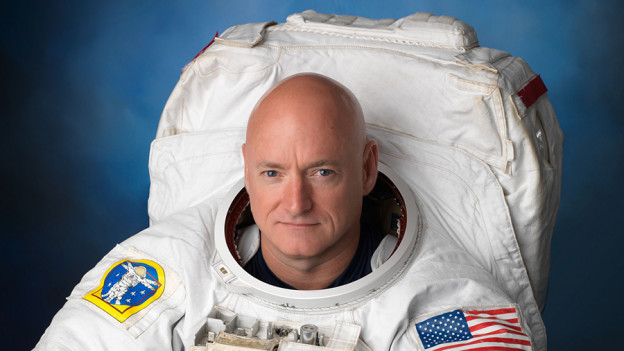 Three crew members from the International Space Station returned to Earth on Friday. The landing in Kazakhstan wrapped up a 168-day mission for one cosmonaut and a brief 10-day visit for two, as well as returned a cache of samples from several NASA human research experiments aboard the station.

Expedition 44 commander Gennady Padalka of the Russian Federal Space Agency (Roscosmos) and visiting crew members Andreas Mogensen of ESA (European Space Agency) and Aidyn Aimbetov of the Kazakh Space Agency touched down at 8:51 p.m. EDT (00:51 UTC, 6:51 a.m. on Saturday, Sept. 12, Kazakhstan time) southeast of the remote town of Dzhezkazgan in Kazakhstan. Russian recovery teams will help the crew exit the Soyuz vehicle and adjust to gravity after their stay in space.

Padalka arrived at the International Space Station on March 27 along with one-year mission crew members NASA astronaut Scott Kelly and Mikhail Kornienko of Roscosmos. Padalka spent 168 days in space during Expeditions 43 and 44, traveling more than 71 million miles. This completes Padalka’s fifth trip to space for a total of 879 days in space, the most by any human.

Mogensen and Aimbetov spent 10 days in space, delivering a new Soyuz spacecraft that will return Kelly and Kornienko and Russian cosmonaut Sergey Volkov in March. They arrived with Russian cosmonaut Sergey Volkov, who will return to Earth with Kelly and Kornienko in March 2016. It was the first flight to space for both Mogensen and Aimbetov, who made 160 orbits of Earth and traveled more than four million miles during their 10 days in space as visiting crew members. During their short time in orbit, they participated in a number of experiments on behalf of their respective space agencies, focusing on the areas of human research, Earth observation and technology development. They arrived with Russian cosmonaut Sergey Volkov, delivering a new Soyuz spacecraft in which Volkov, Kelly and Kornienko will return to Earth in March 2016.

NASA experiments returning on the spacecraft include blood samples for NASA’s Twins Study, a unique research demonstration using Kelly and his twin brother, former NASA astronaut Mark Kelly, to understand the effects of long duration spaceflight and further NASA’s use of personalized medicine in space. Additional samples for the Salivary Markers and Microbiome studies also returned to Earth.

One item, the Skinsuit, was tested in orbit by ESA astronaut Andreas Mogensen. Some astronauts’ spines have been shown to lengthen as much as 7 cm in weightlessness, which can cause pain. The Skinsuit was demonstrated in microgravity to see if it may help astronauts counteract potential back problems in microgravity. The specially designed overalls simulate gravitational forces from Earth by constricting the body from shoulders to feet.

Samples from one Rodent Research study are returning with this Soyuz flight, as well. These types of experiments examine how microgravity affects animals, providing information relevant to human spaceflight, discoveries in basic biology and knowledge that will have direct impact toward human health on Earth. 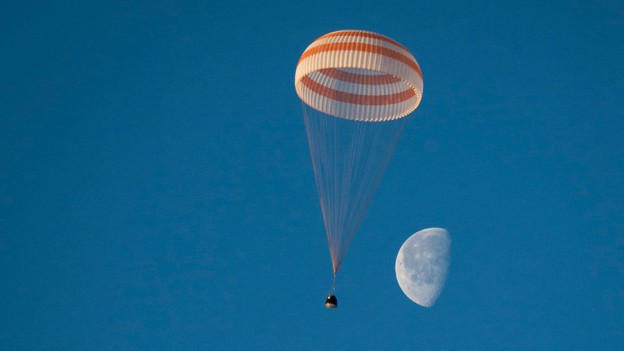 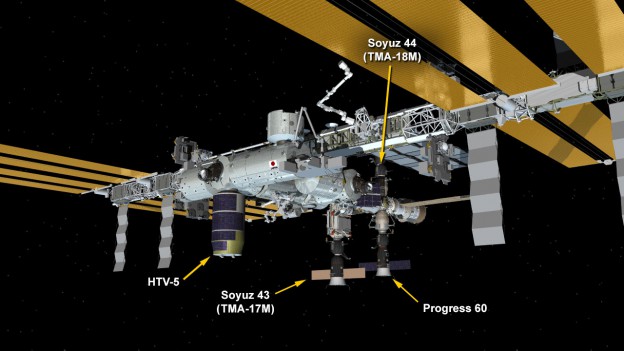 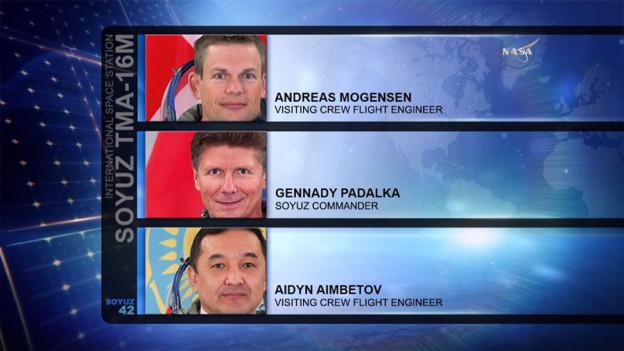 At 2:17 p.m. EDT, the Soyuz hatch closed between the International Space Station and the TMA-16M spacecraft. Expedition 44 crew member Gennady Padalka of Roscosmos and visiting crew members Andreas Mogensen of ESA (European Space Agency) and Aidyn Aimbetov of the Kazakh Space Agency are preparing to undock at 5:29 p.m. NASA Television will air live coverage of undocking beginning at 5 p.m. Watch live at https://www.nasa.gov/nasatv.

The deorbit burn is targeted for 7:59 p.m. and will lead to a landing at 8:51 p.m. southeast of Dzhezkazgan in Kazakhstan. NASA TV coverage of deorbit and landing begins at 7:30 p.m. 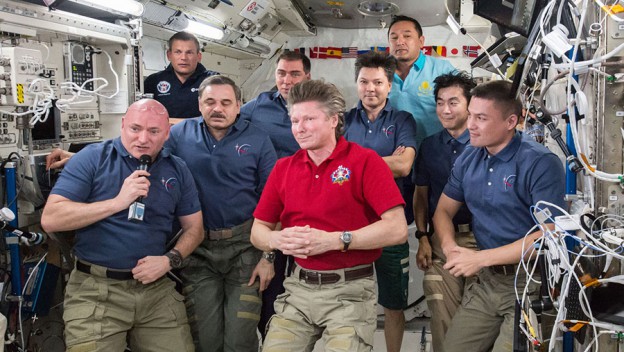 Today is homecoming day for International Space Station Expedition 44 Commander Gennady Padalka of Roscosmos and visiting crew members Andreas Mogensen of ESA (European Space Agency) and Aidyn Aimbetov of the Kazakh Space Agency. They are preparing to return to Earth in the Soyuz TMA-16M spacecraft at 8:51 p.m. EDT, southeast of Dzhezkazgan, Kazakhstan.

At this time, the crew’s return is on track, and the space station teams are not working any issues. The Soyuz hatch is scheduled to be closed at 2 p.m. EDT.

Padalka handed over command of the orbiting laboratory to NASA astronaut Scott Kelly in a ceremony on Saturday, Sept. 5. Expedition 45 formally begins when the Soyuz undocks.

NASA Television coverage times for Soyuz activities are listed below. These activities also will stream online at https://www.nasa.gov/nasatv.

Here is a timeline of the Expedition 44 undocking and landing.

Join the conversation on Twitter @space_station and following hashtag #ISS. To learn more about all the ways to connect and collaborate with NASA, visit: https://www.nasa.gov/connect. 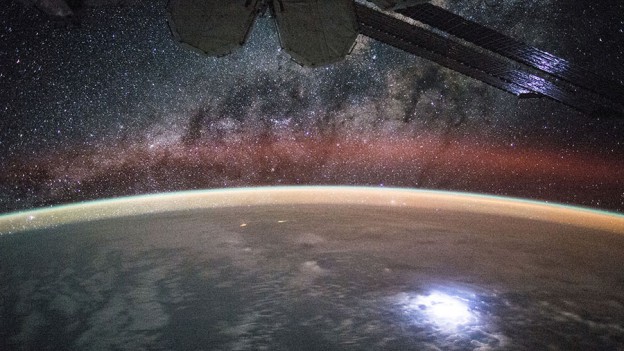 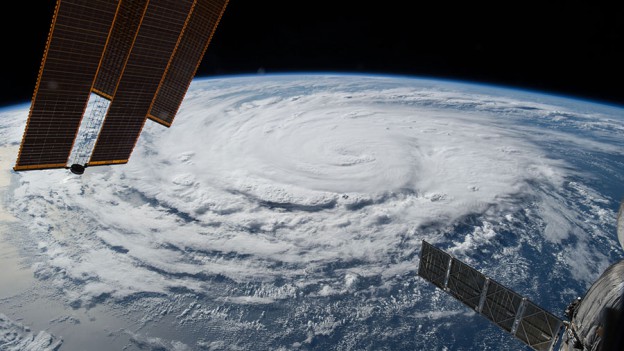 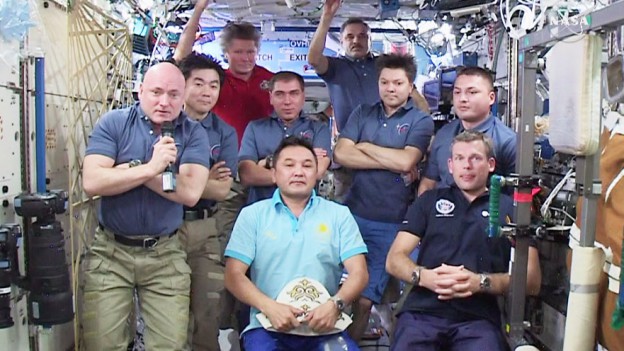