The six Expedition 42 crew members started Christmas week with a replanned schedule after SpaceX postponed its Dragon launch until Jan. 6. The crew would have been unloading new science and cargo from Dragon had it arrived Sunday but instead turned its attention to ongoing science and maintenance.

Virts meanwhile continued preparing for the arrival of Dragon as he collected gear to be stowed on the commercial cargo craft for return to Earth. He also packed trash in Europe’s Automated Transfer Vehicle, which will undock in February for a fiery destruction over the Pacific Ocean.

Italian astronaut Samantha Cristoforetti spent a few minutes Monday talking to Giorgio Napolitano, the president of Italy, who was addressing the nation’s military forces. Later, Samantha collected biological samples for stowage in a science freezer and worked inside the Materials Science Laboratory.

NASA and SpaceX announced Thursday the launch of the Dragon commercial cargo craft is now scheduled for no earlier than Jan. 6. The six-member Expedition 42 crew postponed its Dragon mission preparations and focused on eye exams and station maintenance.

Veteran astronaut Terry Virts, who previously piloted space shuttle Endeavour in 2010, worked on the Sabatier system which produces water on the International Space Station. He also joined Commander Barry Wilmore and Italian astronaut Samantha Cristoforetti for a series of eye exams during the morning and afternoon.

The three cosmonauts – Alexander Samokutyaev, Anton Shkaplerov and Elena Serova – were back at work on more maintenance inside the Zarya cargo module and ongoing Russian science in their segment of the orbital laboratory. 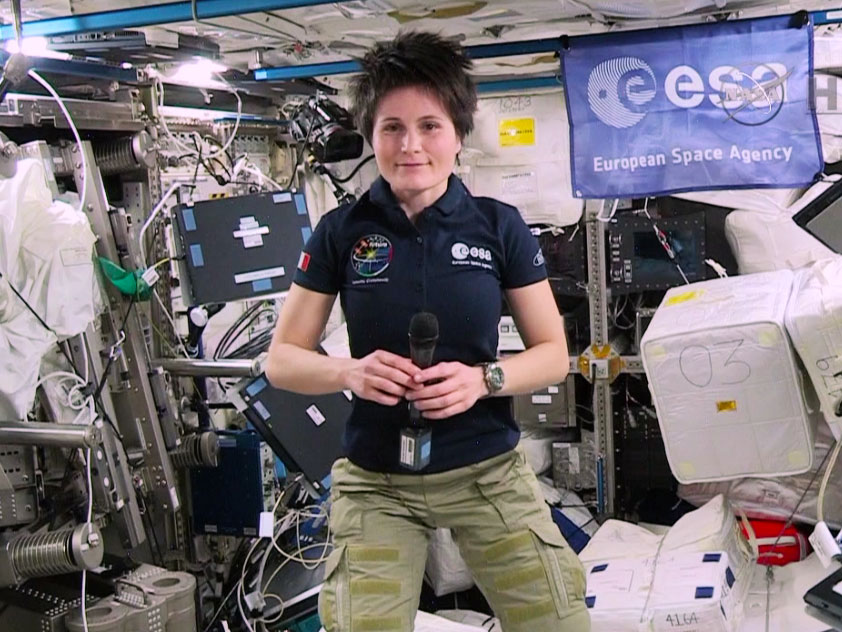