SpaceX’s Dragon cargo craft splashed down in the Pacific Ocean on Sunday at 3:05 p.m. EDT about 300 miles west of Baja California, marking the end of the company’s third contracted cargo resupply mission to the International Space Station.

A boat will carry the Dragon spacecraft, which has aboard it about 3,500 pounds of cargo and science samples, to a port near Los Angeles, where it will be prepared for a return journey to SpaceX’s test facility in McGregor, Texas, for processing. Some cargo, including a freezer packed with research samples collected aboard the space station, will be removed at the port in California and returned to NASA within 48 hours.

Investigations included among the returned cargo could aid in better understanding the decreased effectiveness of antibiotics during spaceflight while also improving antibiotic development on Earth. Others could lead to the development of plants better suited for space and improvements in sustainable agriculture.

The T-Cell Activation in Aging experiment, which also launched to space aboard Dragon, seeks the cause of a depression in the human immune system while in microgravity. The research could help researchers develop better protective measures to prevent disease in astronauts.

Dragon is the only space station resupply spacecraft capable of returning large amounts of cargo to Earth. The spacecraft lifted off from Cape Canaveral Air Force Station in Florida April 18, carrying approximately 5,000 pounds of supplies and science investigations to the space station. The mission was the third of at least 12 cargo resupply trips SpaceX plans to make to the space station through 2016 under NASA’s Commercial Resupply Services contract. 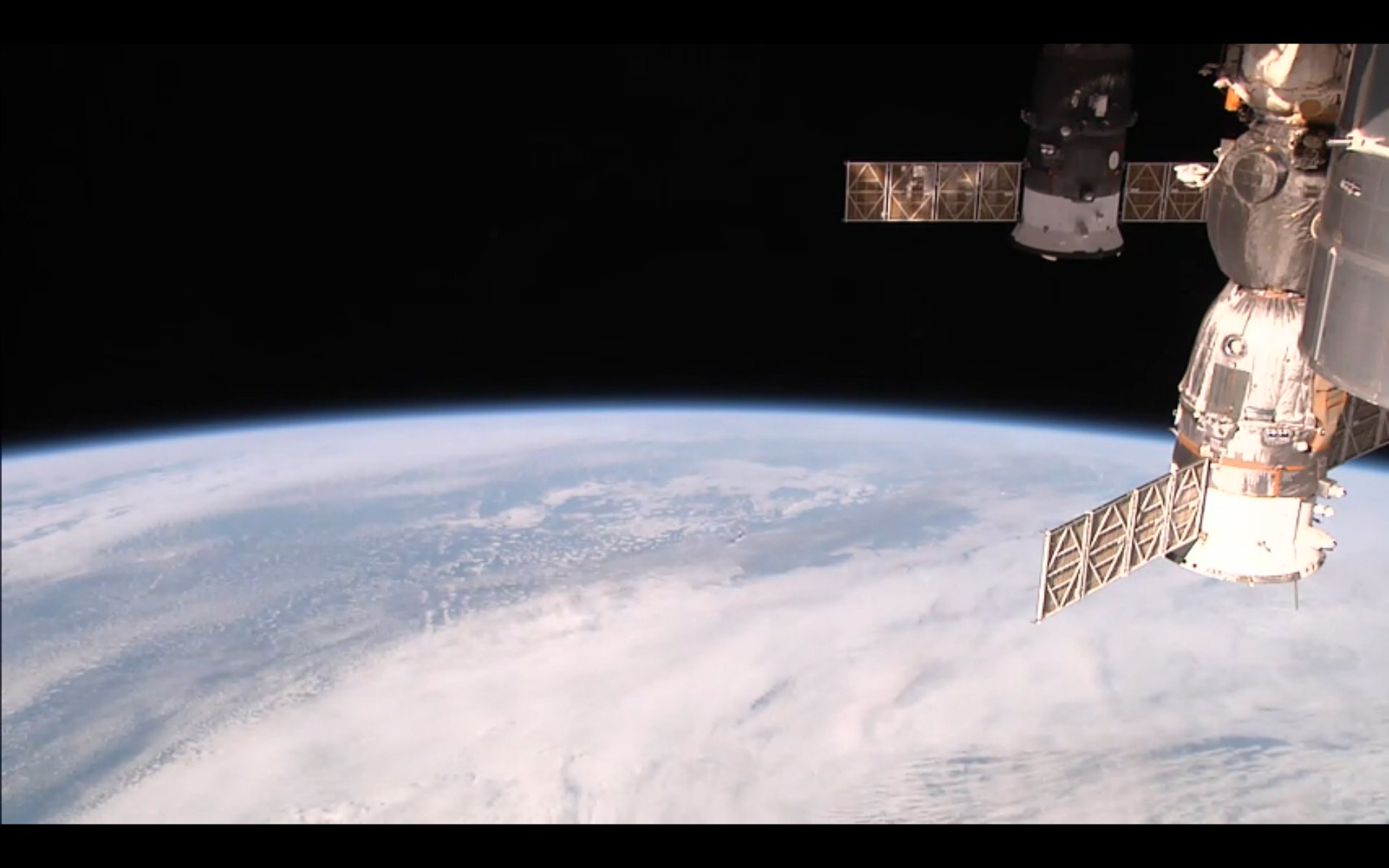 One of the new experiments aboard the International Space Station can now be watched live by anyone on Earth with an Internet connection. The research is part of a project called High Definition Earth Viewing, or HDEV. Four commercially available cameras carried to the station on the SpaceX-3 cargo resupply mission have been installed on the outside of the station and viewers can watch the feeds as they automatically scan through various angles to show different views of Earth from the orbiting laboratory.

Although they are enclosed in special cases, the cameras are exposed to the vacuum and radiation of space so researchers on Earth can note whether the pictures degrade over time and how badly. You can watch the live stream online at here. You can read more about HDEV here.

HDEV was one of several new research projects recently carried to the one-of-a-kind science center orbiting about 260 miles over Earth. Numerous experiment aboard the station are conducted daily by astronauts while others are run automatically. You can read more details about station research here.

The fourth cargo resupply mission to the International Space Station by SpaceX is to take place in August. A Dragon spacecraft launching on a Falcon 9 rocket, both built by the Hawthorne, Calif., aerospace company, will be loaded with experiments, supplies and equipment for the crew of the station.

The Dragon also will carry the RapidScat instrument which will be mounted to the station and take readings of the ocean surface winds on Earth. The Dragon performing the third cargo mission to the station remains connected to the Harmony module as astronauts unload the fresh supplies and equipment and fill it with spent experiments and other things they don’t need anymore. The uncrewed Dragon is to return to Earth and parachute into the Pacific Ocean off California later this month.