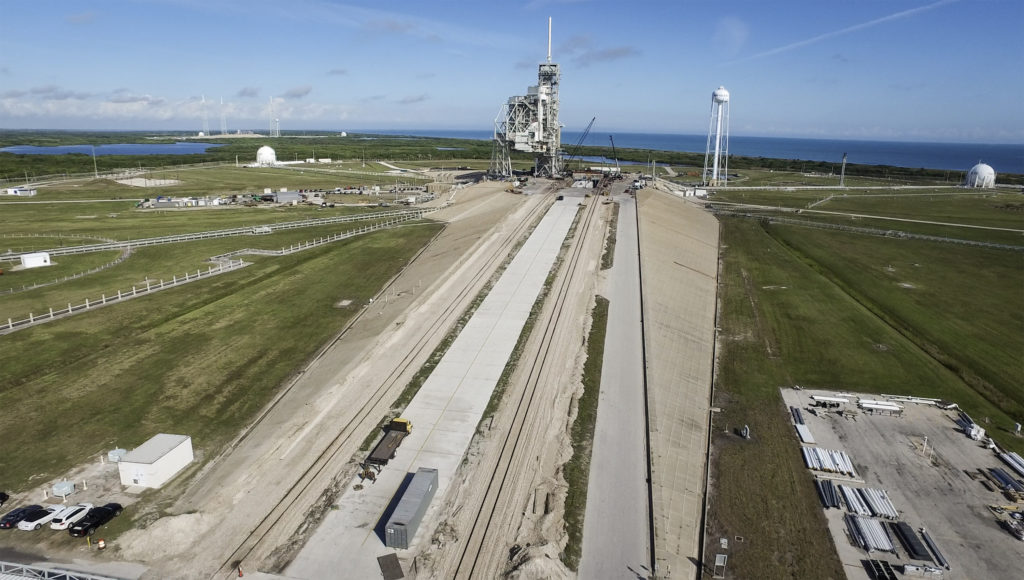 Today’s launch will mark a rebirth of spaceflight from Launch Complex 39A at NASA’s Kennedy Space Center in Florida. The American gateway to space was built for the needs of the massive Saturn V rocket and Apollo spacecraft that carried astronauts to the surface of the moon. The launch pad was modified for the space shuttle fleet and hosted the first shuttle mission in 1981, the last in 2011 and scores of history-making flights in between. SpaceX completed more modifications recently and built new structures to support the company’s Falcon line of rockets including the Falcon 9 scheduled to launch today. Take a closer look at the LC-39A legacy in the video below.