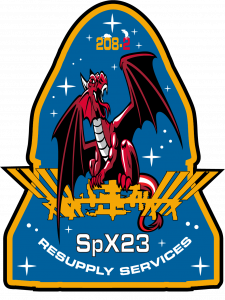 SpaceX’s 23rd contract resupply mission under the second Commercial Resupply Services contract with NASA is scheduled to deliver more than 4,800 pounds of cargo to the International Space Station. Launch is targeted for Saturday, with an instantaneous launch window opening at approximately 3:37 a.m. EDT.

About 12 minutes after liftoff, SpaceX’s Dragon spacecraft will separate from the company’s Falcon 9 rocket’s second stage and begin a carefully choreographed series of thruster firings to reach the space station. Arrival to the station is planned for Sunday, Aug. 29. The spacecraft is expected to spend about a month attached to the orbiting outpost before it returns to Earth with research and cargo, splashing down off the coast of Florida.

Live coverage will air on NASA Television, the NASA app and the agency’s website, with prelaunch events starting today, Aug. 27, at noon. That will be immediately followed by a “What’s on Board” show, which will address some of the important science investigations that will be carried to the space station aboard Dragon.

Beginning Saturday, Aug. 28, at 3:15 a.m., join us here on the blog, or follow along on NASA TV or the agency’s website for the live launch broadcast.