I recently had the honor of giving the laureate lecture on behalf of Eugene “Gene” Parker, winner of the Crafoord Prize in Astronomy. It was one of the biggest moments of my career. It was also one of the hardest.

Gene received the award in 2020 “for pioneering and fundamental studies of the solar wind and magnetic fields from stellar to galactic scales,” however, due to the pandemic, the official prize ceremony in Lund, Sweden, was postponed for two years. Since Gene was unable to travel, a special ceremony at Gene’s home was hosted by the University of Chicago in November 2021 where I presented him with the Crafoord medal.

Gene was a remarkable man and I knew him personally, which should have made talking about him during the public lecture easier. During his time as a scientist, he authored four books and more than 400 scientific peer-reviewed papers – many as the sole author. He also won a host of awards and honors, including the prestigious and coveted Crafoord Prize.

The Crafoord Prize is the highest honor awarded in the field of astronomy. It is the Nobel Prize equivalent for the field and carries with it a cash prize of over $600,000.

Known as the father of heliophysics, Gene’s discoveries are foundational to what we know about space weather and how stars behave. His level of brilliance is rare – you see it once, maybe twice, in a lifetime, if you’re lucky. He described the discovery of the solar wind as “simple.” It was derived from just four lines of algebra.

Gene’s passing on March 15, 2022, made the assignment of giving the lecture on his behalf even harder. I lost a friend and mentor, Gene’s family lost a husband and father, and humanity lost a legend.

Since I knew Gene personally, it should have made talking about him easier. How exactly does one describe the person that discovered the solar wind and changed the course of astronomy with his magnetic field findings? How in the world do I accurately describe and articulate Gene’s genius? I desperately wanted to do it right, and as I wrote and rewrote what I was going to say I realized that words in and of themselves were inadequate.

In 2017, the Solar Probe Plus mission was renamed Parker Solar Probe in honor of Gene. It was the first time a NASA mission has ever been named for a living person. In 2018, I stood with Gene and we watched in awe (I screamed and cheered, and he stared silently mesmerized) as Gene’s namesake mission launched and began its journey. Since its launch, Parker has been continuously setting and breaking records, including fastest human-made object and closest human-made object to the Sun. It has studied comets, returned valuable data on the planet Venus, and provided new information about the dust near our Sun.

On April 28, 2021, Parker Solar Probe flew through the Sun’s upper atmosphere – the corona – and sampled particles and magnetic fields there. In other words, Parker Solar Probe “touched” the Sun. The mission named after Gene and that built upon his work touched the Sun.

During the laureate lecture for the Crafoord Symposium, I talked about Gene and what he meant to me. I also talked about Parker Solar Probe’s accomplishments. I realized that the science could say and do what I couldn’t – properly honor Gene. Parker Solar Probe is a one-of-a-kind mission that has accomplished feats beyond what the world thought was possible – and it’s not done yet. Gene Parker was a one-of-a-kind man that accomplished feats unimaginable in his time and his work will continue to be the foundation that produces bigger and bolder discoveries.

Pulsating auroras are quirky, shy auroral forms. They occur within diffuse auroras, and look like pulsating patches toward the equator that turn on and off every few seconds. They also have irregular shapes that reappear. They usually occur late in the night or early in the morning, after the main arcs have subsided. They dance often but are less frequently caught on camera due to their dimness and timing. Because auroras reveal invisible structures and pulsating auroras are caused by electrons with huge amounts of energy, pulsating auroras are important for studying how our planet gets energy from space. 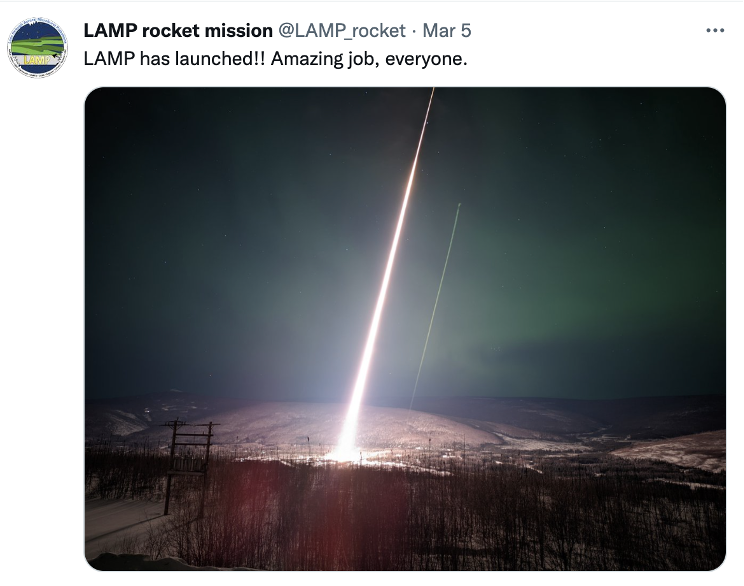 What is the difference between the aurora that looks like a curtain and that which just looks like a fuzzy patch or cloud in the sky?

If you are watching from the auroras’ usual location at high latitudes—for example, from Fairbanks, Alaska, or Reykjavik, Iceland—you can see auroras caused by geomagnetic storms, which are caused by intense storms of particles and energy from the Sun. But more commonly you’ll see regular, smaller “auroral substorms.” These are caused by a different process. Both diffuse and discrete auroras happen as part of the natural progression of the more common process called a substorm.

If you are watching from mid-latitudes like North Dakota or southern Alberta, the aurora you see will likely be caused by a geomagnetic storm. Stronger storms generate both types of aurora and tend to push the auroras further down toward the equator.

Is it normal to have pulsating aurora and other kinds of aurora in the sky together?

Yes, it is very common for pulsating aurora to appear alongside other types. Depending on your location, you might see part or all of the sky pulsating. Much like discrete auroras, pulsating auroras fan out across great distances and are visible from different perspectives, based on your location. You could even find yourself in a special location where, in addition to pulsating auroras, you can see discrete aurora evolving to the north and diffuse aurora pulsing to the south, with a distinct edge between the two.

There are also many different sub-types of pulsating aurora. Some form shapes that hold their edges like a patch turning on and off, while some “whoosh” on and off in curling, dragonlike shapes. Another type of aurora forms shapes that are unusually flat, like pancakes in the sky. Seeing one of these types might mean that there’s some interesting science going on in the Earth’s ionized upper atmosphere, or in the way particles rain down from space. Citizen scientists’ photos of these displays from multiple locations may help scientists find more clues to the mystery of how they occur.

I am curious about the speed of the pulsating aurora and what makes it dance so fast.  It is almost like being in an outdoor nightclub!

Pulsating auroras can dance slowly or quickly, and can flash both pink and green. They can especially give a nightclub effect when multiple things are happening at once. Here are two factors that contribute to the lights turning on and off, which is a time-based or “temporal” effect.

Put these together and you can get brilliant, rapid displays!

Can I see pulsating aurora in Washington state?

Yes, pulsating aurora may occur at mid-latitudes during larger geomagnetic storms. Keep an eye on Aurorasaurus and our Storm Tracker chart to help track auroral activity. And if you see pulsating aurora, you can make a citizen science report to Aurorasaurus! Pulsating auroras can be enormous, and cover hundreds of miles, so the more locations they are reported from, the more our scientific understanding can grow. The project is grateful to all those who submitted reports during the LAMP mission campaign.

Why is it important to send instruments above the pulsating aurora to measure it? What things can’t be measured from the ground or satellites?

While satellites and ground-based observations can capture some aspects, we can gain a better picture of the cause of auroral dynamics by collecting particles within or very near to the aurora. To do this, scientists send instruments to collect data at and just above the location of the aurora, using a special type of rocket known as a sounding rocket, which can fly into auroras.

Sounding rockets provide a unique way to capture data about the aurora in situ in regions that are otherwise hard to sample. Sounding rockets also move more slowly than satellites, so they can better capture rapidly-moving phenomena like auroras in exquisite detail. This can help scientists learn more about “microphysics,” the physics of waves interacting with tiny, charged particles. On March 5, 2022, a sounding rocket launched LAMP to about 267 miles up where it flew through a pulsating aurora.

On March 5, 2022, a sounding rocket launched LAMP to about 267 miles up where it flew through a pulsating aurora. In addition, LAMP also had two cameras on board to take photos of the aurora, from a Japanese team including members from JAXA, Nagoya University, Tohoku University, Kyushu Institute of Technology, and the University of Electro-Communications. Because the rocket itself rotates about once per second, the cameras were mounted on a “de-spun” platform. The platform rotates in the opposite direction of the rocket at the same rate as it spins, so the cameras can stay relatively still and take clear pictures. The camera provided real-time still images of the pulsating patches to the scientists on the ground. This was the first time that a camera with a de-spun platform mounted to a rocket has been successfully demonstrated!

Has rocket citizen science been done before?

Pretty amazing, according to Aurorasaurus Ambassador and senior undergraduate student at the University of North Dakota,Vincent Ledvina, who helped with the launch:

I just got back from Fort Yukon, Alaska, where Aurorasaurus helped connect me with an opportunity to assist with the NASA LAMP sounding rocket mission. It was eye-opening and rewarding to watch the team effort, and I am grateful to Aurorasaurus and the LAMP team for opening this door to me. Seeing all the moving parts (literally and figuratively) that have to come together in order for the mission to be a success makes me realize how important communication and leadership are in science. Logistics in remote areas is a challenge I never fully realized until this mission. Although I was staying at an Air Force station, I only had access to a low-bandwidth satellite internet connection with no cell service, so the most reliable communication was a landline phone that looked straight from the 1980s!

While I had some sense of how aurora cameras work from the North Dakota Dual Auroral Camera (NoDDAC) project, I finally got a taste of what real science-grade cameras are like. My job was to make sure three special cameras — some of which were from the Japanese rocket team — were running when the LAMP rocket launched, to capture video of pulsating aurora. The video will be correlated with data the rocket gathered as it flew through the aurora.

Pulsating aurora is a fascinating and mysterious phenomenon, and Auroasaurus looks forward to seeing what the data gathered by LAMP will reveal. They are grateful to all the citizen scientists who sent in questions—especially Michelle and Tracy—submitted photos of pulsating aurora, and shared info about the mission! Thank you for your interest and contributions.