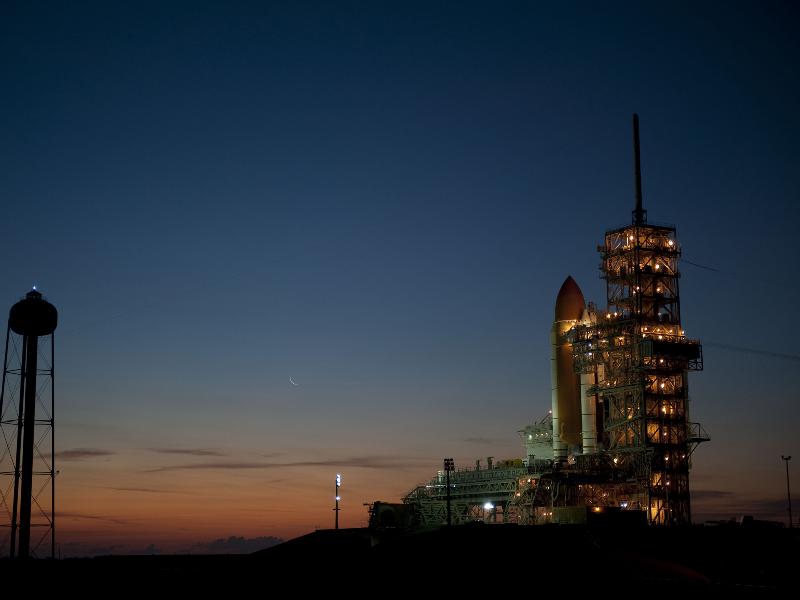 After a few months delay, NASA is ready to try launching theSTS-133 space shuttle mission, and I’m ready to try again to watch it. I wentdown to Kennedy Space Center last November for the first launch attempt,but the mission was pushed back a few months.
I wasn’t sure if I’d get to try again, and early last weekit was looking pretty grim. But an opportunity opened up for me to go down andhelp out with some of the educational activities that NASA has planned aroundthe STS-133 launch, so I’m going!
My feelings about trying to see it again are mixed.Certainly it will go since the folks at Kennedy Space Center have workedpainstakingly for months to get everything worked out, right? But there areother potential problems that could arise, and of course there’s always theweather. So I’m cautiously optimistic I’ll get to see Discovery rise.
In addition to trying to see the launch again, we’verescheduled ourplanned downlink with the STS-133 crew. If you’ll recall, we were to talkwith the crew about a week into their flight and ask them questionsthat were selected by readers via polls on our TakingUp Space Facebook page. Well, the downlink is on again too, for the weekafter the launch. We’ll post exact details once Discovery is off the ground andthe date and time of our downlink is confirmed.