After long consideration I have filed my retirement papers and will be leaving NASA and the US Civil Service on July 31.  Let me hasten to add that this is a personal decision based mainly on family considerations – which I needn’t enumerate here today.

Working at NASA has been a lifelong dream; I often tell people that I would have paid them to let me in the door rather than the other way around.  It has been a privilege and an honor to work in this place and with these people.  The achievements that we have made together will have lasting significance for all humankind.  I want to especially thank my many wonderful co-workers who are so dedicated, innovative, and hard working.  I wish them every success in the future with all my heart.

I have a few days left, I may even post another blog or two.  But for today I leave you with a passage that summarizes feelings so similar to my own that it is uncanny.  Mark Twain (Samuel Clemens) wrote a wonderful book about his favorite career as a steamboat pilot, “Life on the Mississippi.”  It is enormously funny, but taking a reflective turn this serious passage summarizes – far better than I could – the feelings of any professional at the end of a long and wonderful career.  So make the translation from rockets to steamboats and read all the way to the end.

The face of the water, in time, became a wonderful book – a book that was a dead language to the uneducated passenger, but which told its mind to me without reserve, delivering its most cherished secrets as clearly as if it uttered them with a voice.  And it was not a book to be read once and thrown aside, for it had a new story to tell every day.  Throughout the long twelve hundred miles there was never a page that was void of interest, never one that you could leave unread without loss, never one that you would want to skip, thinking you could find higher enjoyment in some other thing.  There never was so wonderful a book written by man; never one whose interest was so absorbing, so unflagging, so sparklingly renewed with every re-perusal.  The passenger who could not read it was charmed with a peculiar sort of faint dimple on its surface (on the rare occasions when he did not overlook it altogether); but to the pilot that was an italicized passage; indeed, it was more than that, it was a legend of the largest capitals, with a string of shouting exclamation points at the end of it; for it meant that a wreck or a rock was buried there that could tear the life out of the strongest vessel that ever floated.  It is the faintest and simplest expression the water ever makes, and the most hideous to the pilot’s eye.  In truth, the passenger who could not read this book saw nothing but all manner of pretty pictures in it, painted by the sun and shaded by the clouds, whereas to the trained eye these were not pictures at all, but the grimmest and most dead-earnest of reading-matter.

Now when I had mastered the language of this water and had come to know every trifling feature that bordered the great river as familiarly as I knew the letters of the alphabet, I had made a valuable acquisition.  But I had lost something, too.  I had lost something which could never be restored to me while I lived.  All the grace, the beauty, the poetry had gone out of the majestic river!  I still keep in mind a certain wonderful sunset which I witnessed when steamboating was new to me.  A broad expanse of the river was turned to blood; in the middle distance the red hue brightened into gold, through which a solitary log came floating, black and conspicuous; in one place a long, slanting mark lay sparkling upon the water; in another the surface was broken by boiling, tumbling rings, that were as many-tinted as an opal; where the ruddy flush was faintest, was a smooth spot that was covered with the graceful circles and radiating lines, ever so delicately traced; the shore on our left was densely wooded, and the somber shadow that fell from this forest was broken in one place by a long, ruffled trail that shone like silver; and high above the forest wall a clean-stemmed dead tree waved a single leafy bough that glowed like a flame in the unobstructed  splendor that was flowing from the sun.  There were graceful curves, reflected images, woody heights, soft distances; and over the whole scene, far and near, the dissolving lights drifted steadily, enriching it, every passing moment, with new marvels of coloring.

I stood like one bewitched.  I drank it in, in a speechless rapture.  The world was new to me, and I had never seen anything like this at home.  But as I have said, a day came when I began to cease from noting the glories and the charms which the moon and the sun and the twilight wrought upon the river’s face; another day came when I ceased altogether to note them.  Then, if that sunset scene had been repeated, I should have looked upon it without rapture, and should have commented upon it, inwardly, after this fashion:  This sun means that we are going to have wind to-morrow; that floating log means that the river is rising, small thanks to it; that slanting mark on the water refers to a bluff reef which is going to kill somebody’s steamboat one of these nights, if it keeps on stretching out like that; those tumbling “boils” show a dissolving bar and a changing channel there; the lines and circles in the slick water over yonder are a warning that that troublesome place is shoaling up dangerously; that silver streak in the shadow of the forest is the “break” from a new snag, and he has located himself in the very best place he could have found to fish for steamboats; that tall dead tree, with the single living branch, is not going to last long, and then how is a body ever going to get through this blind place at night without the friendly old landmark?

No, the romance and the beauty were all gone from the river.  All the value any feature of it had for me now was the amount of usefulness it could furnish toward compassing the safe piloting of a steamboat.  Since those days, I have pitied doctors from my heart.  What does the lovely flush in a beauty’s cheek mean to a doctor but a “break” that ripples above some deadly disease?  Are not all her visible charms sown thick with what are to him the signs and symbols of hidden decay?  Does he ever see her beauty at all, or doesn’t he simply view her professionally, and comment upon her unwholesome condition all to himself?  And doesn’t he sometimes wonder whether he has gained most or lost most by learning his trade?

God is our refuge and strength, an ever present help in trouble.  Therefore we will not fear, though the earth give way and the mountains fall into the heart of  the sea, though its waters roar and foam and the mountains quake with their surging.

Memory is a funny thing; some days I cannot find where I put my car keys; but everywhere and anytime my memory is crystal clear as I remember January 31, 1986.  On a very slight rise beside two sapling trees just outside building 16 at Johnson Space Center, I was standing with hundreds of my co-workers for the Challenger memorial service.   The President was there, and spoke; there was a lengthy program and other speakers.  But what I remember most vividly was a young astronaut by the name of Charlie Bolden at the podium reading the 46th Psalm.

There was not a doubt in my body that he meant every word that he read.

These days there seems to be some debate about some things Charlie says.

Nations are in uproar, kingdoms fall; . . .  the earth melts.

Isn’t it interesting how the psalmist’s imagery can apply to many situations, even the current one?

When I say there is debate, I don’t just mean about the content, althought there is that.  Whether you agree with the plan, vision, change, whatever, or not, is your business.  The debate I am referencing is the question:  Does Charlie really believe all this, or is he just a pawn in the political process saying what they tell him to say?

You would never ask that question about the Charlie Bolden that I worked when he was on the crew and I was in Mission Control.   A straight shooting Marine Aviator, he was direct, to the point, and always, always, always honest to a fault.

There is a river whose streams make glad the city of God, the holy place where the Most High dwells.  God is within her, she will not fall; God will help her at break of day

Years later when Charlie served on various review boards and we interacted, he had not changed.  Always enthusiastic, ready to ask questions, astute in his observations, Charlie was still the Marine; integrity covered him like a mantle.

I am fortunate in that I can still talk with Charlie.  In fact, it was my privilege to spend one-on-one time with him after work recently.   We talked about many things but mostly about the future path for NASA – the plan which he has been speaking about.

Now you may still disagree with Charlie – that’s OK – but at least you should know that Charlie maintains his integrity.

The Lord makes wars cease to the ends of the earth; he breaks the bows and shatters the spear. 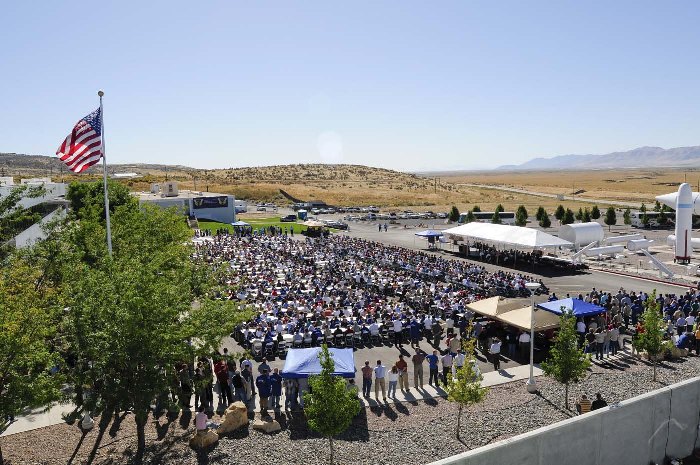